By Ward Carroll Among President Donald J. Trump’s first executive actions on his administration’s first full workday in the White... 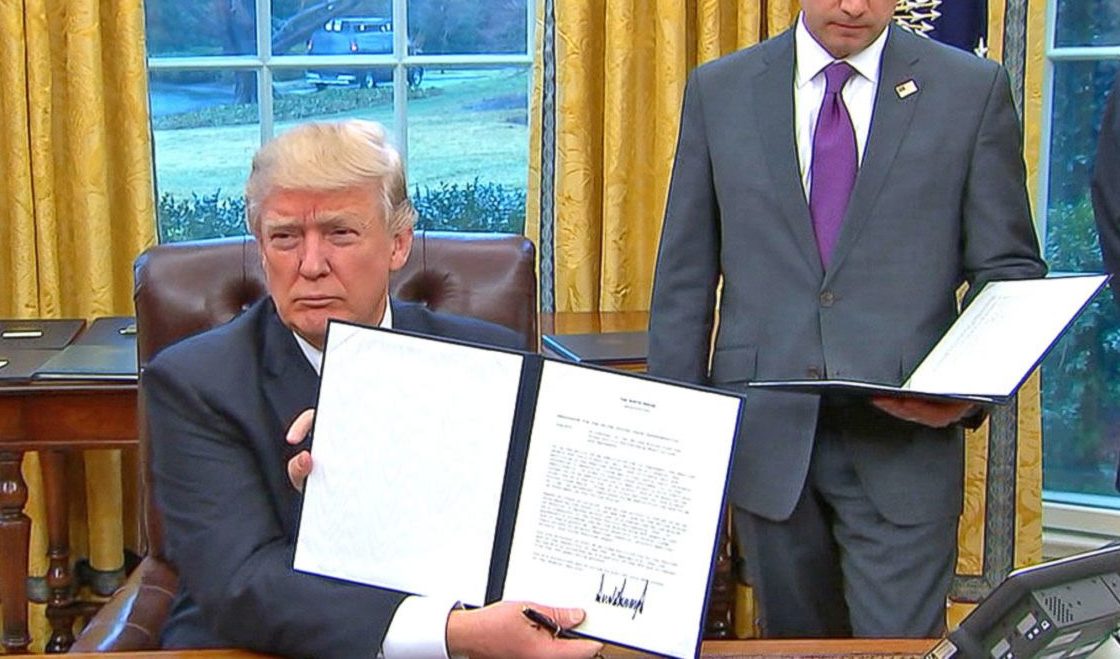 Among President Donald J. Trump’s first executive actions on his administration’s first full workday in the White House was a federal hiring freeze. According to the language of the action the president signed in front of a press contingent in the Oval Office it is a freeze on the hiring of federal civilian employees to be applied across the board in the executive branch that applies to all executive departments and agencies regardless of the sources of their operational and programmatic funding, excepting military personnel.

“There’s been, frankly, a lack of respect for taxpayer dollars in this town for a long time,” White House press secretary (and Navy reserve PAO) Sean Spicer said at a news conference Monday. “I think what the president is showing through the hiring freeze, first and foremost, is that we’ve got to respect the American taxpayer.

“Some people are working two, three jobs just to get by. And to see money get wasted in Washington on a job that is duplicative is insulting to the hard work that they do to pay their taxes.”

The federal hiring freeze left some questions unanswered, however, specifically whether “excepting military personnel” included civilians employed by the Pentagon. Trump’s order says “no vacant positions existing at noon on January 22, 2017, may be filled and no new positions may be created, except in limited circumstances.” The memorandum also “does not revoke any appointment to Federal service made prior to January 22, 2017.”

The action also contains exceptions for “any positions that it deems necessary to meet national security or public safety responsibilities” without defining exactly what sorts of jobs might qualify under that caveat.

The hiring freeze has generated some immediate concern across the military community, especially those in the process of transitioning from active duty to a civilian job. Thirty-one percent of the federal workforce are veterans, roughly 632,000 jobs, a function of the fact that they learn skills during their time in the military that are transferrable to civilian roles in the federal government. At first glance, the loss of these jobs is, by the numbers, a reduction in opportunity for those who served the nation.

“Veterans who have families to feed, who may be saving up for a home, have all been let down by Donald Trump,” said Peter Kauffmann, senior advisor to VoteVets.org. “This shouldn’t be shocking. Donald Trump lobbied New York to kick disabled veterans, working as vendors, out from in front of Trump Tower. He has always been hostile to working veterans.”

Veterans groups have also expressed concern about what the hiring freeze does to the VA.

“What we still do not know if whether the Department of Veterans Affairs is subject to this hiring and pay freeze,” Kauffmann said. “It would be the ultimate insult to our men and women who serve to deny them the additional doctors, nurses, therapists, and administrators that are sorely needed at the VA. If this executive order leads to preventable deaths, that will be on Donald Trump’s hands and [VoteVets.org] will hold him personally accountable.”

A consequence of the Trump hiring freeze is that it potentially undoes the Veterans Employment Initiative signed by President Barack Obama in 2009 that instructed government agencies to identify and hire qualified veterans. At this writing, no jobs are open to veterans at affected agencies unless hiring authorities can prove they constitute roles fundamental to national security or public safety.

Ward Carroll is the president of Military One Click. He can be reached at ward@militaryoneclick.com.