After two years of planning and preparation, the 2017 Department of Defense (DoD) Warrior Games will kick off in Chicago,... 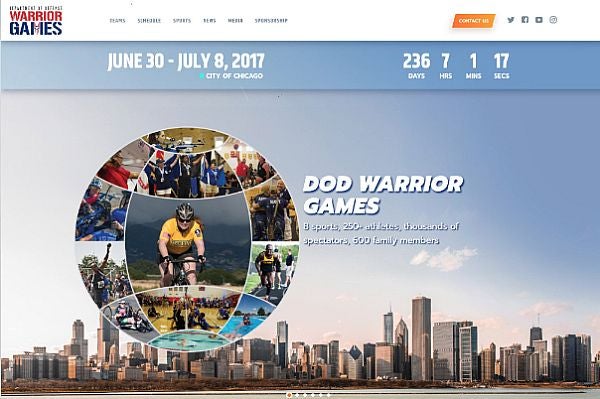 After two years of planning and preparation, the 2017 Department of Defense (DoD) Warrior Games will kick off in Chicago, Friday, June 30 and run through Saturday, July 8.

The Navy is proud to host the Warrior Games for the first time off of a military installation or U.S. Olympic training center. The 2017 Warrior Games will be held in world-class venues in downtown Chicago, including McCormick Place, Soldier Field and the United Center.

Team Navy is comprised of 36 Sailors and four Coast Guardsmen and will be pitted against other military teams to compete for gold, silver and bronze medals in archery, cycling, field, shooting, sitting volleyball, swimming, track and wheelchair basketball.

Opening Ceremonies will be held Saturday, July 1, at Soldier Field with Jon Stewart as emcee and entertainment by Grammy award-winning artists Blake Shelton and Kelly Clarkson.

Tickets for opening ceremony are on sale.

The Navy honors the sacrifices of wounded warriors from the Navy and Coast Guard by providing top-notch non-medical support through the Navy Wounded Warrior (NWW) – Safe Harbor. All enrollees in NWW are encouraged to make athletics a key component of their recovery efforts. By promoting wounded warrior participation in competitions like the DoD Warrior Games, NWW helps enrollees heal through adaptive sports.

For more information about this year’s Games, visit www.dodwarriorgames.com