On this long drive, across two state lines and endless fields of corn and cattle, Lynn Graham thinks about how... 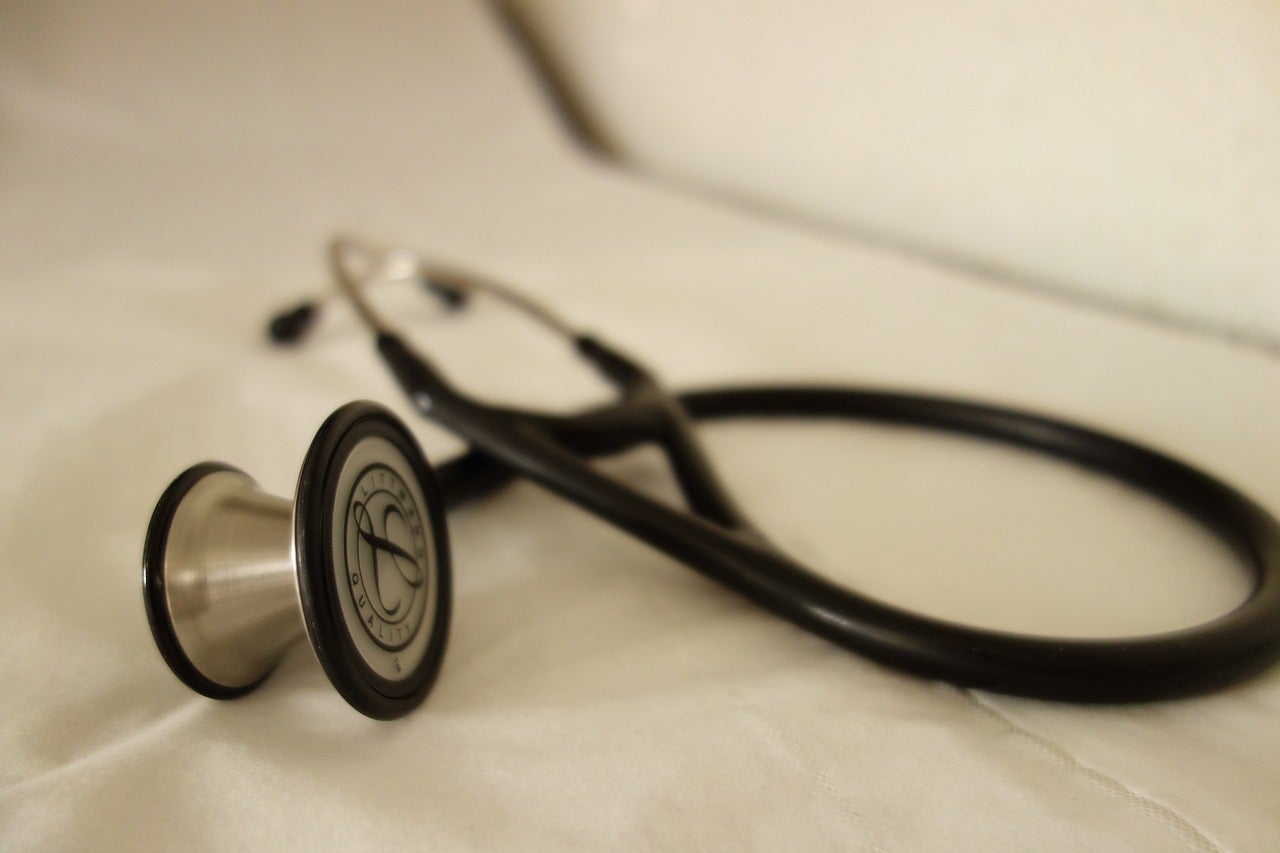 On this long drive, across two state lines and endless fields of corn and cattle, Lynn Graham thinks about how it may be the quality of life, not the quantity, that matters.

Graham, 55, has stage 4 liver and colon cancer. It is an 85-mile drive, cutting through Arkansas on mostly country roads, to the closest U.S. Department of Veteran Affairs medical center in Shreveport, La., where he is being treated. For this appointment, the Air Force veteran borrowed his mother’s car and is driving himself. But his second round of chemotherapy is supposed to start next week, and he doesn’t know how he will get there. He’s starting to think, since the chemo may not work anyway, it’s not worth the stress.

Graham has struggled to find rides to his appointments since June, when a temporary program funded by the VA and run by Volunteers of America North Louisiana ended. For the last two years, the program picked up a handful of veterans at a time from all across rural Texas, Arkansas and Louisiana and shuttled them in a van to medical appointments. Demand was high, and now the veterans are calling Congress to let them know they want it back.

“Everything was going along perfectly,” Graham said. “It was like the answer to my prayers. And then I found out they were ending it. I was devastated.”

While long drives and limited access to health care are familiar burdens for many rural residents, the problem is particularly acute for veterans in those areas. They are far older than other rural residents, and far more likely to be disabled, meaning more of them are in need of medical care. And there are a lot of them — one in four veterans lives in rural areas, compared to one in five adults in the general population, according to 2015 census data.

For decades, officials who work with veterans have sympathized with rural residents like Graham, but have had little to offer. Now, by testing new ideas through pilot programs like the van rides provided by Volunteers of America North Louisiana, the VA is developing models and spreading them across the country to get more rural veterans the health care they need.

Just 20 miles from where the dirt road to Graham’s driveway begins, in Texarkana, there’s a VA outpatient clinic. But the clinic doesn’t provide chemotherapy. It, like many local clinics for veterans, provides basic physical and mental health care, but not emergency care or some specialized services.

While there is a general lack of doctors and hospitals in rural areas, the situation is even worse for veterans who rely on the VA, said John Hoellwarth, a spokesperson for American Veterans, the nation’s largest veterans’ organization. In recent years, the VA has set up more community-based clinics, and the Obama administration created a program, called Choice, that allows non-VA clinicians to serve rural veterans and receive reimbursement from the VA. But the problem persists.

Many rural veterans rely on a combination of VA health insurance and other forms of insurance, such as private insurance, Medicaid (the joint federal-state health insurance program for the poor and disabled), or Medicare (federal health program for the elderly), according to census data. The number of veterans enrolled in Medicaid increased by about 340,000 under the Affordable Care Act, according to an analysis by Families USA, a nonprofit that advocates for high-quality, affordable health care.

For veterans in rural areas, “Medicaid could mean the difference between them getting care, and them not getting care,” said Andrea Callow, Families USA associate director of Medicaid initiatives.

To improve care for rural veterans, the VA needs to expand both the services it provides and the services it pays others to provide, said Margaret Puccinelli, chairwoman of the Veterans Rural Health Advisory Committee, which makes recommendations to Secretary of Veterans Affairs David Shulkin.

“Because of the geographic isolation for many vets that are eligible, you have to approach it as creatively as possible,” Puccinelli said.

The U.S. House of Representatives voted last month to fund the Choice program for another six months, which would allow lawmakers more time to agree on changes to the program. The bill now goes to the Senate. The program, which is open to veterans who live more than 40 miles from a VA clinic or hospital or who face long wait times, has been plagued with problems from the start, including difficulty for veterans trying to make appointments, and long wait times for reimbursement.

The Volunteers of America North Louisiana program was one of five to receive $2 million from 2014 to 2016 from the VA Office of Rural Health, which develops models for care that can be replicated nationwide.

The idea of shuttling veterans to and from their appointments is not new. The VA has had a transportation program for decades, under which Disabled American Veterans donates vans to the VA that volunteers use to take veterans to medical appointments.

But the Volunteers of America North Louisiana program was different: It used paid drivers, picked rural veterans up at their homes, and transported veterans in wheelchairs, which the other program does not do.

Graham tried using the Disabled American Veterans program in his area. But the pickup location is in Texarkana, and Graham said rides weren’t available at the times he needed them.

Volunteers of America North Louisiana knew there was a need, but it was overwhelmed by the response, said Gary Jaynes, the organization’s director of veteran services. In the two years the program was running, it provided 2,229 rides to veterans, logging nearly 300,000 miles and saving veterans nearly $400,000 in travel expenditures, Jaynes said.

Most of the Office of Rural Health’s $250 million budget for programs goes to rolling out promising models in local VA clinics. A few approaches that have stuck include using home-based rehabilitation for veterans who have heart attacks, and using telehealth for patients with HIV or multiple sclerosis.

Like Volunteers of America North Louisiana, the Nebraska Association of Local Health Directors received a $2 million grant. The Nebraska nonprofit used its money to place 10 coordinators in local health departments to spread the word about services available to veterans and teach health workers how to find veterans in need of help. The Nebraska program ended up referring about 600 veterans to services in and out of the VA, and created a statewide network of people working toward the same purpose, said Teri Clark, the project’s director.

“We didn’t reach just a couple veterans,” Clark said. “Instead, we changed the system.”

On the way to the VA, just before crossing into Louisiana, Graham gets the hiccups. His cancer exhausts him, and makes it hard for him to digest food. He rubs his chest, recalling a time he had to drive himself home from chemotherapy.

“I got the cold sweats,” he said, as Texas ranches flew by outside the car window. “I got sick as soon as I pulled up in the yard.”

The VA knows that providing telehealth to rural veterans makes many long trips unnecessary. Telehealth makes veterans healthier, reducing hospital admissions by 35 percent, and saves them money — about $2,000 per patient each year, according to a 2014 VA study.

In addition to driving veterans to appointments, the Volunteers of America bought a telehealth van equipped with communications equipment and broadband internet, which is used to see patients across state lines.

Graham now feels too sick and tired to work, but he used to be a chef. He cooked at the convention center and a cafe in Shreveport. Then he was kitchen manager at a seafood restaurant in Texarkana. He laughs remembering all the energy he had at opening day in 2013, as he ran around trying to feed a hundred guests at once, with food orders stuffed in his shirt pocket.

A couple years later, he was raking leaves and he got dizzy. When he got to the hospital, they found his cancer. He quit his job, sold his truck and signed up for Medicaid.

On his rides with Volunteers of America North Louisiana, Graham bonded with his drivers and fellow riders. Veterans appreciated the program so much that they started calling their representatives in Congress. Now, clinic officials plan to meet with Jaynes and congressmen to discuss ways to keep the services in operation.

Thomas Klobucar, acting director of the Office of Rural Health, said his office is still evaluating the results of the Volunteers of America North Louisiana program, and will report to Congress by October on its findings.