For the widow who lost her husband to suicide, new purpose comes from PTSD advocacy

Every military spouse dreads the knock on the door. For Ami Little, that nightmare came in a different form. And... 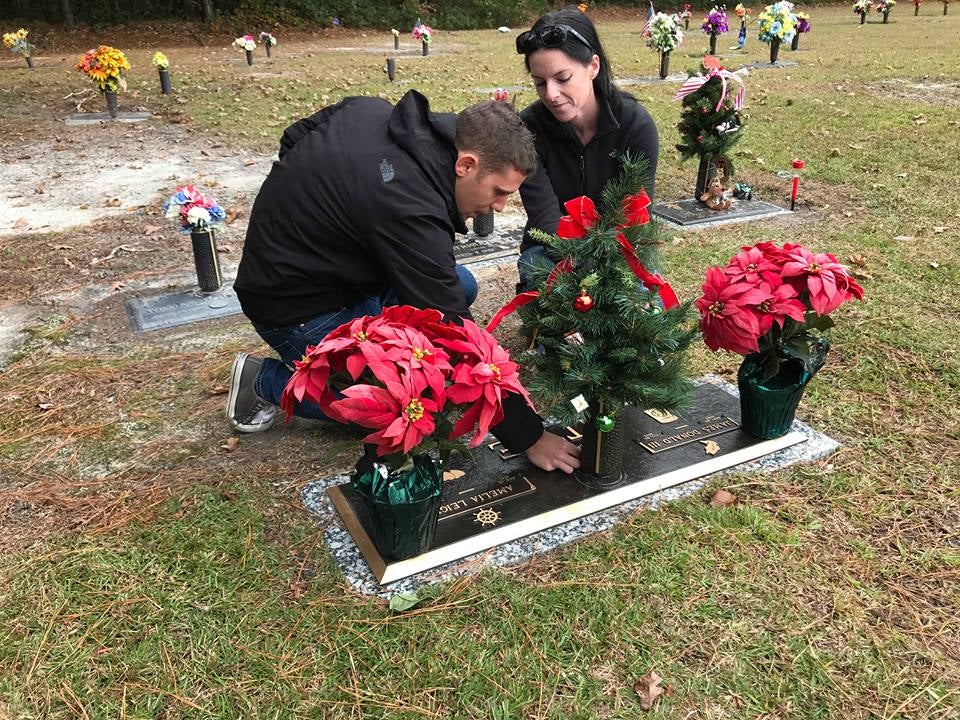 Every military spouse dreads the knock on the door. For Ami Little, that nightmare came in a different form. And it was just the beginning for her; the beginning of finding a new version of herself she never knew existed.

Little’s husband, Jimmy enlisted in the army in 2005 and, after three very rough deployments, a diagnosis of PTSD, and a traumatic brain injury, began showing warning signs for contemplating suicide. After moving to North Carolina, Jimmy did not have a psychologist and the referral to receive treatment at the TBI clinic never materialized.

Little found herself unable to recognize the man she married. Jimmy became increasingly controlling and paranoid. When Little would visit her parents (just a few hours away), he would call multiple times at inconvenient hours. When–often asleep– she wouldn’t, he would then call Little’s mother, who would send Jimmy a photo of Little sleeping to prove that she was safe. He would follow vehicles too closely. Large crowds made him feel very uncomfortable.

In June 2015, Jimmy said he could no longer fight those demons and had still not received referrals for treatment at the TBI clinic. Little wanted him to see a psychologist, but Jimmy convinced her to drop it. He was worried that his reputation and military career would be over. He told Little and others that he was getting help and finally getting better. Everyone believed it.

Jimmy was optimistic. He was smiling and laughing again for a time. Then a switch seemed to flip and those around him noticed a change again. He became irrational; nothing made sense. People close to him began saying he was losing his mind. While Little was visiting her friends, Jimmy called her to speak about attending counseling and moving across the country. A few hours later, Jimmy sent her a text: “I have something to tell you if you’re awake.” She had no idea why she was awake, but she responded–“okay”–and waited for his response.

The text that followed next told her where to find him. She immediately called, and when he didn’t answer, she knew the nightmare was happening. She called 911, read them his text, described his vehicle, and waited for the call confirming what she already knew: July 20, 2015 at 4:01 AM, Sergeant James Little III killed himself.

Little was so used to his absence, it took time for the reality of his death to hit her. She felt like he was just deployed. It took seeing him in a coffin at his funeral for her to truly accept that he was gone.

Little’s guilt spiraled into depression. She spoke with four different psychologists before attempting suicide herself in November 2015. One day, a transitional doctor took off his glasses and told her to try them on. He asked what she saw; she told him it was blurry. He explained that was how Jimmy saw life. Little describes this as the moment she believed that Jimmy’s suicide was not her fault: It was PTSD, combined with TBI.

For some time, Little felt that she didn’t deserve to smile, laugh, or feel joy. A lot of people–especially those closest to him–blamed Little for Jimmy’s death. Little explains, “With suicide, people need someone to blame, other than the person they lost. That person’s spouse is an easy target.”

Little has recently found love. She describes her new fiance as a “wonderful man that not only loves me, but also my late husband.” She suggests other widows considering dating to just jump: “Don’t worry about what other people may think. They are not in your shoes. As long as it is what you want. That’s all that matters.”

She advises new widows to “be gentle with themselves. Take time to breathe. Stop searching for the unknown and trust that this was out of your hands.”

Little does not believe that everything happens for a reason; however, she does say she feels the purpose behind Jimmy’s death was to teach her about post traumatic stress so she could reach out and help other people. There are numerous organizations she recommends for those dealing with loss or who may have concerns about a service member. The top of her list is the Tragedy Assistance Program for Survivors for those grieving, the National Suicide Prevention Lifeline for anyone having suicidal thoughts, or the Veteran Crisis Line for a family member with concerns about their service member.

Little adds that “the best way to help a new widow is to approach them gently and with warmth. The most important thing is to not forget about their loved one and remember that it’s okay to not be okay.”