Six war memorials in Illinois will receive grant money as part of an initiative to restore and maintain World War... 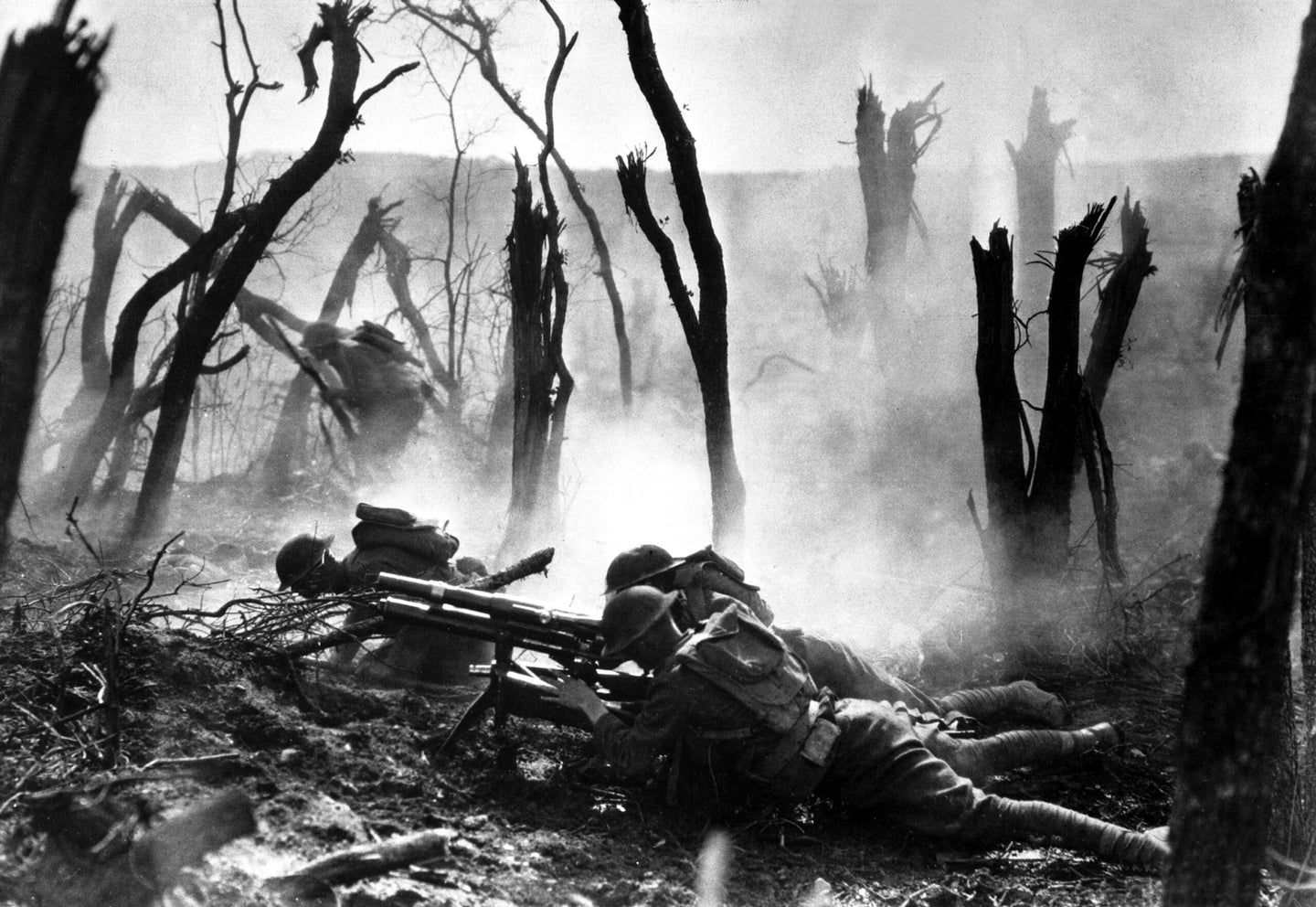 Six war memorials in Illinois will receive grant money as part of an initiative to restore and maintain World War I sites across the country, the U.S. World War One Centennial Commission announced Wednesday.

The commission, which aims to commemorate the centennial of WWI, announced 50 sites in 28 states would receive $2,000 in matching grants.

Kenneth Clarke, president and CEO of the Pritzker Military Museum and Library in Chicago, helped bring the project together and said it aimed to be true to how people previously remembered the conflict.

“Honor the doughboys, those who served and also their families, in the way that they did it,” Clarke said.

The local monuments include Doughboy Statue in Morton Grove, the Gold Star Memorial at Guthrie Park in Riverside, Victory Memorial in Chicago, the Wheaton World War I Obelisk, the Winnetka Cenotaph Memorial, and a doughboy statue in downstate Glen Carbon.

When the Americans who fought in WWI returned from Europe, they often remembered the fallen at the local level, in town squares and memorials spread all across the country. Today, many of those memorials need restoration, officials said.

State Rep. Jeanne Ives, R-Wheaton, said the obelisk in her community needed substantial work to fix the masonry and brass.

World War I is an important part of the community there, Ives said. At the time of the conflict, Wheaton had roughly 4,000 residents and about 500 men left to serve in the war.

The Victory Memorial, also known as Victory Monument, is in Chicago’s Bronzeville neighborhood and commemorates the 370th Infantry Regiment, an all-black unit that went to France and served with French soldiers.

The monument was erected in 1927 but many in the black community wanted it updated to make clear the soldiers it honored were a fighting unit, said Eugene Scott, a Vietnam War veteran involved with the commission.

In 1936, Scott said, a black combat figure with a rifle was added to depict combat.

The history and lineage of the 8th Volunteer Regiment can be traced to 1870-71, when the Hannibal Guard was formed in the neighborhoods of the South Side, according to a brief history compiled by the Pritzker Military Museum and Library.

When activated in World War I, the regiment served with the French as the 370th Infantry Regiment, also called the “Old 8th Illinois,” the museum said. They participated in St. Mihiel, Loraine, Oise and Aisne operations, the museum said.

Scott said the Victory Monument will have a garden added to it with evergreens and perennials to recognize those soldiers “who so gallantly served,” to keep telling their story every year and to remind “our young people of the importance of service.”

“It was a tough war, and under the circumstances, they were brilliant, heroic and should be continually recognized for their significant contribution to America,” Scott said.

WWI started in 1914 and the U.S. joined the fighting in 1917, helping bring an end to the bloody conflict in 1918. Some lament the conflict as America’s “forgotten” war, and it’s often overshadowed by World War II and subsequent battles.

Congress passed the World War I Centennial Commission Act, and President Barack Obama signed it in 2013. The commission, which is partnered with the Pritzker Military Museum and Library, the American Legion and Veterans of Foreign Wars, is responsible for planning programs and activities to commemorate the war’s centennial.

Another 50 memorials will be announced on April 6, and an application process can be found at worldwar1centennial.org, officials said. The initiative is known as 100 Cities/100 Memorials.

The commission is also working to build the National World War I Memorial in Washington, officials said.

“More than 4 million American families sent their sons and daughters to serve in uniform during World War I, 116,516 U.S. soldiers died in the war and another 200,000 were wounded,” Terry Hamby, commissioner of the centennial commission, said in a statement. “100 Cities/100 Memorials is a critically important initiative that will have an impact beyond these grants. These memorials represent an important part of remembering our past and preserving our culture.”