Free childcare for VA appointments? Proposal would make it happen

If you’re a veteran family who is lucky enough to use one of a handful of VA hospitals around the... 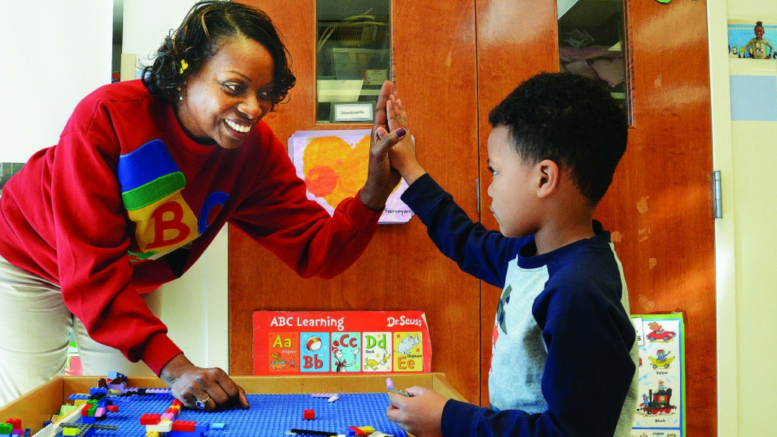 If you’re a veteran family who is lucky enough to use one of a handful of VA hospitals around the country, you’ve had access for a few years to drop-in childcare during VA appointments. Not only does that mean your veterans can be on kid-duty and attend his or her medical appointments, but it removes a barrier to you attending, too.

Now a proposal included in recently passed VA legislation would vastly expand that child care program to not only all VA locations, but also give the VA the ability to reimburse for childcare instead of having it on site.

The proposal, offered by Rep. Julia Brownley, a California Democrat, is seen specifically as special support for female veterans.

“Lack of convenient and affordable childcare can be a barrier for women who need recurring mental health care or childcare services,” Brownley said at a recent House hearing.

But for the spouses of veterans, childcare is a barrier to operating as a successful caregiver. Without someone to watch my kids, I simply cannot attend VA appointments with my husband. And if I cannot get or afford a babysitter, he’s left to go by himself.

While that usually works just fine, there are plenty of instances in which it would be helpful if I could go, too, and know what is happening. And that’s especially true as we are dealing with traumatic brain injury (TBI) issues.

The proposal isn’t law yet. Although it was given the OK in the House version of recent legislation governing the VA, it still has to get through what is known as “conference,” where the Senate version and the House version of any given bill is deconflicted. If that happens, we’ll let you know.