ClinicalTrials.gov, the federal government’s public listing of medical trials, is providing false comfort to consumers and free advertising to for-profit... 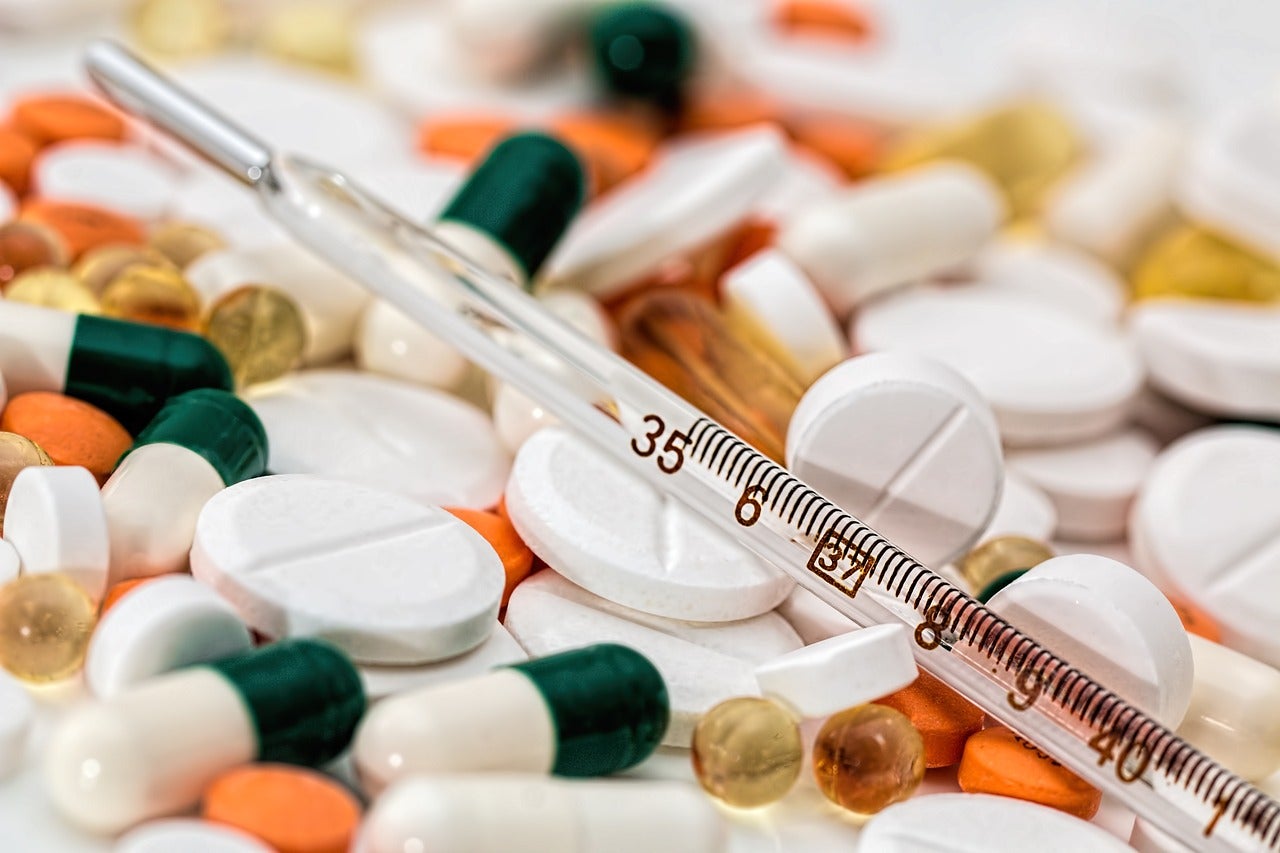 Patients typically assume trials on the site must have government oversight and be carefully vetted.

An official of the National Institutes of Health, which oversees the agency that operates ClinicalTrials.gov, confirmed that it does not verify information submitted for posting. Nor does it approve the trials listed, check the qualifications of those who run them, or monitor their results.

Yet unsuspecting patients, many facing diseases without traditional treatments or cures, routinely scour the site in search of experimental options. Their doctors encourage them to use ClinicalTrials.gov. So does the U.S. Food and Drug Administration.

Experts say some for-profit stem-cell clinics are exploiting ClinicalTrials.gov as a powerful marketing tool — and putting at risk patients who assume their trials are government-approved.

The cases of three women who had severe vision loss following injections at a Sunrise stem-cell clinic have cast scrutiny on the issue. All three traveled to South Florida for treatments at U.S. Stem Cell, and two said they heard about the clinic from its listing on ClinicalTrials.gov.

Florida is a hotspot for for-profit stem-cell clinics. A 2016 report by two professors on the growing number of these clinics nationwide found California had the most with 113, followed closely by Florida with 104. The third-highest was Texas, with 71.

Stem cells are considered one of medicine’s most promising tools because they have the unique capacity to regenerate and repair damaged tissue. Major U.S. universities and research institutions are exploring cutting-edge stem-cell treatments under established medical protocols.

But this medical frontier has also spawned a cottage industry of for-profit stem-cell clinics that operate with little oversight. They specialize in procedures that slide through an FDA regulatory loophole because they use a patient’s own cells, extracted from one part of the body and injected into another, in a process that takes no more than one day.

Listings of their trials can be found alongside those of universities, major research institutions and FDA-regulated studies on ClinicalTrials.gov. But their practices may be far different.

Some of these clinics charge thousands of dollars for treatments, unlike most traditional trials that are free to patients. Some don’t follow up with patients or collect treatment results data, as is standard in true research trials. Some use the same procedure to treat a variety of maladies, like multiple sclerosis, erectile dysfunction and chronic lung disease.

Patients will find them all on ClinicalTrials.gov.

While the vast majority of ClinicalTrials.gov listings involve regulated research, Carome said he finds it “deeply troubling” that a well-intentioned consumer resource is being repurposed by some to promote unproven medical care.

Carrie Wolinetz, associate director for science policy at the National Institutes of Health, said it is the responsibility of those who submit information to ClinicalTrials.gov to be transparent.

“They basically are declaring the information is true when they submit the application,” Wolinetz said.

She said the NIH agency, the National Library of Medicine, does not have the money, staff or expertise to approve registrations or study results submitted by scientists and researchers.

Some stem-cell clinics listed on ClinicalTrials.gov market themselves as NIH-registered. That doesn’t mean they are approved or monitored by the NIH.

The NIH monitors only the trials it funds, Wolinetz said. The FDA monitors trials it regulates.

Private trials without government oversight or funding, including those of for-profit stem-cell clinics, are required to list an Institutional Review Board on ClinicalTrials.gov. These boards are composed of industry professionals hired by the study runners to oversee protocols and progress.

“Today’s bottom line, unfortunately, is that IRB approval of experimental for-profit stem-cell offerings that lack FDA approval may in some cases carry very little weight on its own,” Knoepfler, from the University of California, Davis, wrote in March.

He advised patients not to assume IRB approval means a trial is well-run and to ask serious questions about the board’s history and track record.

Earl Stringer traveled from his home in Ohio to South Florida for a procedure he saw on ClinicalTrials.gov.

“When you go to the website, you think it’s government-backed. I thought, wow, this is a real solution,” he said.

Stringer, 35, was looking to regain vision he had been slowly losing since he was born with optic atrophy. He signed up for the Stem Cell Ophthalmology Treatment Study, a collaboration of a Connecticut-based company called MD Stem Cells and Dr. Jeffrey Weiss, a Margate, Fla., ophthalmologist.

While the MD Stem Cells website says the study is “NIH-registered,” it is not government-approved or -regulated. The site also says the trial is “the largest and most comprehensive stem-cell eye study registered with (NIH).”

Weiss said he doesn’t need government approval, and his study and results are reviewed by an independent panel that is FDA-monitored. He said he has done stem-cell procedures for eye disease on about 500 patients.

“I am using people’s own stem cells. I don’t need the FDA’s approval,” Weiss said.

With others in the stem-cell industry, Weiss said his clinic is helping seriously ill people by offering cutting-edge medicine that would take years to come to market under the FDA’s standard trial path. FDA approval requires years of studies showing a treatment is safe and effective.

Stringer, a fitness trainer, Stringer said he borrowed $19,000 from his family for the treatments. In June 2016, he had his own stem cells injected into both of his eyes by Weiss. He said he was disappointed that his vision did not improve — and that he now constantly sees spots in his right eye. He stopped sending Weiss the follow-up reports required for the trial.

Weiss said Stringer’s vision had improved when he last saw him, but that none of his patients are told that success is certain.

Weiss said his trial follows proper scientific standards, that he is doing research and publishing papers in medical journals.

There are four peer-reviewed articles attached to his eye study’s listing on the website.

Vanna Belton, a 30-year-old, Baltimore-area restaurant owner who was almost legally blind, said she was one of those patients profiled. Belton said she dramatically regained much of her vision following her 2014 procedure.

She found the study on ClinicalTrials.gov. For Belton, the study’s inclusion on the website meant it was NIH-approved, assuring her the trial was not “a for-profit, back-alley clinic selling false promises,” she said.

The trial Stringer and Belton participated in was one of 18 cited in a recent analysis that concluded some for-profit stem-cell clinics are using ClinicalTrials.gov to attract customers with the suggestion they are doing government-sanctioned research.

The report, by University of Minnesota bioethicist Leigh Turner and published in the peer-reviewed medical periodical Regenerative Medicine, looked at autologous adult stem-cell therapy trials that he believed required patients to pay for treatment. Twelve had a site in Florida. He found them using search terms online, including “patient-funded,” “patient-sponsored” and “self-funded.”

Experts say charging patients thousands of dollars to participate in a clinical study often is a red flag. Studies traditionally have been funded through drug companies, the government or private grants. Turner found some trials disclosed upfront that there were participation fees but others did not.

“They have repurposed the NIH’s site as a marketing device,” he said. “You can see it’s a powerful technique. It’s intelligent and it works.”

Duncan Ross, an immunologist who founded Kimera Labs in Miramar, also was included in Turner’s report. He charges lung disorder patients $7,000 to $10,000 but said he created the nonprofit Kimera Society to help finance needy patients.

To those who criticize clinics that charge for treatments, Ross would say he sees little difference between patients subsidizing research and taxpayer dollars going to NIH-funded studies at universities.

“The universities just want to keep the research in their hospitals,” he said. “Overall, I think there have been more benefits than downsides to these trials.”

In March, the NIH reacted to the cases of three women at U.S. Stem Cell Clinic in Sunrise by enhancing and moving up a disclaimer, formerly buried on the website, to the top of the home page. It includes statements warning consumers that a listing does not constitute NIH endorsement, that not all studies are reviewed or regulated by government agencies, and that their scientific validity isn’t verified.

The NIH did not immediately change how it reviews trial information being posted.

“That participants unfortunately were harmed created a lot of questions for us about how we review the information and how it’s approved,” said Wolinetz, of the NIH.

New federal guidelines are being phased in this year to help determine who is responsible for what’s on ClinicalTrials.gov and what information must be posted. They would also add penalties for noncompliance and strengthen rules about reporting participants’ injuries.

Originally the site was designed to include only NIH studies. Other studies were added later.

So would going back to limiting ClinicalTrials.gov listings to studies with government oversight solve the problem?

Wolinetz said ClinicalTrials.gov is dedicated to access and she would hate to cut consumers off from information that “falls outside the FDA’s purview.”

“We are thinking about … what additional tools, information and resources would help our users be better informed, so they can differentiate between different types of trials,” she said.

The problem is, until that question is answered, where do consumers go?

Dr. Joshua Hare, director of the Interdisciplinary Stem Cell Institute at the University of Miami, urges patients considering alternative treatments to first speak with their doctors. He has no problem with people participating in for experimental clinical trials after that conversation, he said. His own institute offers them.

However, more consumers need to be aware of ClinicalTrials.gov’s limits.

“The danger is,” Hare said, “we don’t even know exactly what they are giving patients at these clinics because they are operating without having to show evidence.”