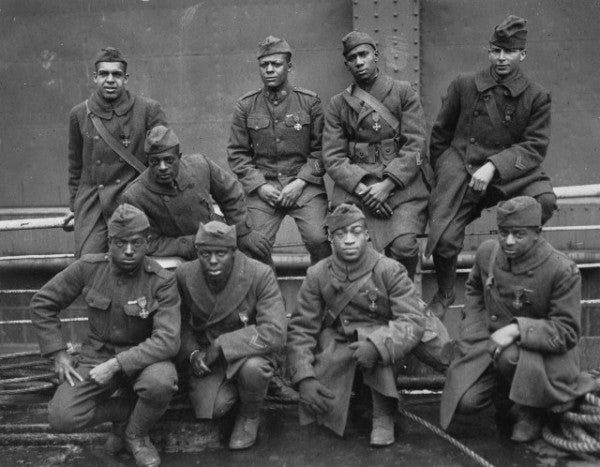 The unmistakable sound of a cowbell reverberated loudly off snow-covered trees lining the biathlon course, signaling the start of another competitor.

Pfc. Travis Cooper pushed down hard on his ski poles and launched himself off the starting line. The Alaska Guardsman moved like a well-tuned machine. His calculated movements helped him gain speed, his legs alternating while he used both ski poles to propel himself down the ice-packed course.

The odds were stacked against Cooper, as he started the 12.5K pursuit race in nearly last place. He would need to dig deep and rely on his experience as a junior World Cup and all-National Guard athlete if he were to come from behind.

Cooper was competing on the second day of the National Guard Bureau Biathlon Championships in March at Camp Ethan Allen Training Site near Jericho, Vermont. He wore bib #80 and began near the back of the pack since illness had caused him to miss the first day of competition — the 10K sprint that determined starting positions for the pursuit.

Cooper had begun training for biathlon shortly after he entered the National Guard two years ago.

Raised in the tight-knit fishing community of Kenai, Alaska, Cooper found his love for skiing out of boredom, after his older brother joined the middle school cross-country ski team. “He really enjoyed it, so we all started skiing with him,” Cooper said. Eventually, he would follow in the footsteps of his older brother and join his middle and high school teams.

Assigned as a construction equipment repairer, 91L, with the Alaska Guard, Cooper hasn’t had a lot of time in his chosen career field. Biathlon training has become his primary responsibly as he spends about 10 months out of the year training at Camp Ethan Allen, Vermont.

As Cooper continues to grow in the sport, Elmer considers him a hopeful for the 2022 Beijing Olympics.

“Being an Olympian is every little kid’s dream,” Cooper said. “I have the opportunity to chase that. I’m doing well, so if I train hard and focus, I can reach that goal.”

Biathlon is fundamentally a military tradition, Elmer said. The sport was first introduced in Europe as an alternate form of training for military personnel. In 1924, the Olympics showcased the first military patrol race. At the time, only military personnel were allowed to compete. In many ways, the Army was responsible for leading America into the sport.

Furthermore, biathlon presents many unique challenges. One aspect of the sport, cross-country skiing, tests an athlete’s cardiovascular fortitude. Skiing is a stark contrast from the other half of the competition — shooting — which requires an athlete to maintain a low heart rate and exhibit fluid and concise movements.

“Shooting is the great equalizer in the sport,” Cooper said, smiling. Even on the World Cup level, victories are determined on the range.

A single shot could make the difference between first and tenth place, Cooper said. During a competition, every missed shot results in a 150-meter penalty lap, which can take about 25 to 30 seconds to complete.

To aid his marksmanship, Cooper slows his pace to lower his heart rate at about 100 yards before entering the shooting range. Once he gets onto the shooting platform, he finds his mat and quickly gets into position. From that point on, it is all about paying attention to the wind flags and relying on muscle memory.

“I focus on being smooth and fast,” he said, adding that he tries to remain confident when taking shots. “[When] prone, I go back and forth between a two-breath and one-breath cadence,” meaning he would take one to two big breaths, release and settle, then pause and shoot.

“There are so many minute aspects in the sport, especially when it comes to shooting,” Cooper said. For example, the difference between winning and losing could be something as small as not holding the pistol grip or hand stop tight enough, to the placement of knees on the mat, or the breathing cadence and trigger speed.

“I have dirtied a stage in a race,” Cooper said, referencing his performance at the youth and junior world championships held in Slovakia in February. “I came in and missed the first five [targets]. I felt sick. I wasn’t feeling it the rest of the race.”

Cooper came in last place at that competition and tried to cope. “I convinced myself that it wasn’t a big deal because I was sick, or I had a bad zero, or I had a bad day,” he said. In the end, that performance reminds him just how important shooting is to the sport.

Win it on the range

Cooper missed only five out of the 20 available targets during the pursuit race Thursday. His average time at the range was around 40 seconds, which was significantly lower than a majority of the competition.

In fact, at the end of pursuit race, Cooper completed the course with a total overall time of 36:28. He felt that he had skied and shot well, but he never envisioned the final results.

“I didn’t expect to beat everyone by three and a half minutes,” he said, shaking his head in amazement. His performance on the range also played a significant role in his success.

Although Cooper had the best overall time and finished ahead of all Guardsmen in the pursuit, he technically was still competing in the junior category. He took gold, followed by Pvt. Everett Darrow, also from the Alaska Guard, and Spc. Jordan Theisen, South Dakota Guard.

Getting to an Olympic caliber takes time, and training hasn’t come easy for Cooper as he started with minimal shooting experience. To build his confidence, Cooper’s coaches implemented a “crawl, walk, then run” approach to teaching him the basics. Cooper would ski a loop, come in and shoot — then repeat. Training would later progress into the “American test,” and he would repeat the process of standing behind the mat and alternating between shooting in the prone and standing positions.

All of that training has started to pay off, according to Elmer. “Cooper is doing really well. Two years ago when he started, he was getting beat by 10 minutes,” Elmer said. But in the 2017 U.S. Biathlon National Championships that concluded March 26, Cooper finished in 5th place, only 3 minutes behind the leader.

At the end of his rookie season, Cooper was ranked No. 37 against the pool of Team USA athletes. He improved his ranking to No. 16 at the end of 2016. At the junior World Cup level, Cooper is currently ranked No. 73 in the world. It is a slow climb, but according to Elmer, he is making all the right moves to put him into contention for an Olympic spot.

Moving forward, Cooper will essentially start over next season. For the past two years, he has been competing at the junior level. Soon he will need to face a whole new set of competitors to move up in the International Biathlon Union ranking in order to qualify for USA’s World Cup team.

To compare it to baseball terms, the World Cup would be similar to the major leagues, Elmer said.

The USA has only five male slots on the World Cup circuit. “Only the top five Americans can race in the World Cup,” Elmer said. “Generally speaking, the ones that make the World Cup make it to the Olympics,” though he added, there’s always an outside shot.