Have you been affected by suicide?

Heather Wilson shares her personal story with suicide. Have you been affected by suicide? You don't have to be alone. 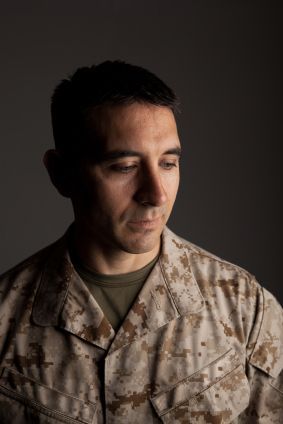 She had her back turned and heard a click. Lifting the gun to his head as she turned her chair, he exclaimed, “You don’t think I’ll really do…”

He pulled the trigger before completing his sentence.

I still couldn’t tell anyone why, but she asked me to go there — to the place where he took his life while standing less than a few feet from her; to the place where she lost whatever shred of innocence, however seemingly insignificant, an adult can still possesses within. I hesitated as I approached. The darkness; the dread washed over me. It took a minute to gather the strength. Finally, I walked through the doorway. His body was gone, but it was obvious what had happened there. The drop cloths couldn’t hide the evidence. They couldn’t hide the horror she must have gone through that night.

I tried to stay strong. Inside I fell apart while death lingered. It touched the air. It choked us. Perhaps for her it was cathartic to methodically explain the details of that night. I can’t remember who motioned to leave first, but it was like taking life’s first breath when we got outside. We never physically returned, but every April we revisit in our minds. Actually, I’m sure it’s much more often for her.

His parents long since divorced. His mother’s mind unraveled. And his former fiancée; she broke that day, never to be the same. Xanax got her through some days. Denial and her own form of self-preservation through others. He once said she had her kids to live for and if anything ever happened to him, it wouldn’t matter. They say that’s why he didn’t take her with him that night. He was a physically strong man, wrought with muscles and a smile that could melt ice. He was supposed to be tough. For the 22 veterans who take their lives each day (and it is suggested the number is actually higher); it is expected they’d be “tough”, too. Soldiers, Marines, SEALS, Pararescue – no room for the weak. Isn’t that what they’re taught? Instead they make room for death believing it’s the only option.

A taboo word and deplorable act in most civilizations, this is the reality of suicide. We mourn for the ones who have left us or we condemn them, clueless to the turmoil they experienced while still here; to a shame that ran so deep they couldn’t reach out for help.

We’re taught to read signs, but do we have the guts to do something when we see them? It takes courage to ask for help. It also takes bravery to make the first move in offering. This goes beyond a PSA. I’ve had the conversation and I know it isn’t easy. If you want to give help or if you are the one who needs it, it is okay to take the first step.

Have patience with everything unresolved in your heart and to try to love the questions themselves. Don’t search for the answers, which could not be given to you now, because you would not be able to live them. And the point is to live everything. Live the questions now. Perhaps then, someday far in the future, you will gradually, without even noticing it, live your way into the answer.-Rainer Maria Rilke

If you or someone you know is in crisis please use these resources: Heather Wilson is married to a US Navy Sailor and blogs at Life of a Traveling Navy Wife.