Surviving military family members whose service member died in combat could soon have an Alaskan peak named after them if... 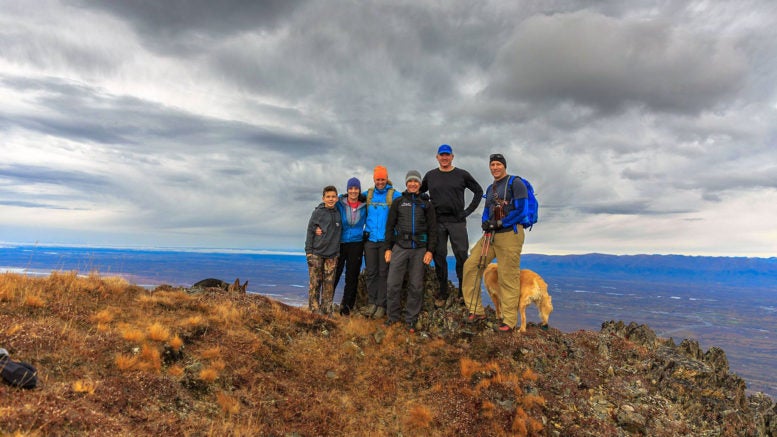 Surviving military family members whose service member died in combat could soon have an Alaskan peak named after them if an effort by an Anchorage-based veteran is successful. And he’s looking for your help to make it happen.

“Gold Star Peak” would overlook the Matanuska-Susitna Valley of Alaska, about 40 miles outside Anchorage and even closer to Joint Base Elmendorf Richardson. It would also sit directly next to Mount POW/MIA, which honors those who were either prisoners of war or missing in action.

Kirk Alkire, the Army veteran behind the naming push,is also the unofficial keeper of Mount POW/MIA. He hikes the 4,000 foot peak regularly to make sure the flag kept on top is in good condition and pay his respects.

Hauling yourself up a mountain of that size is no small thing anyway, but POW/MIA is especially challenging. There’s literally no trail to the top and no trail head at the bottom. You just have to kind of know where it is and where you are going. The weather on POW/MIA can also change rapidly.

What will hopefully be Gold Star is currently one of the many, many unnamed peaks in Alaska. If designated, it will be the second Gold Star in the U.S. A second peak near Lake Tahoe, California has also been designated as such.

Naming a mountain is tricky business, he discovered when he started the effort early this year. He has to get both the OK of the state of Alaska and a federal board. Those decision makers take into account a variety of factors, including the support of the public and noteable community leaders.

Alkire has gotten the backing of local Alaskan natives who own nearby land, Alaska’s congressional delegation, the governor, various state lawmakers and even Bonnie Carroll, a long time Anchorage residents and the founder of military survivor support organization TAPS. The top of Gold Star will hosted a plaque designed under the guidance of a local Gold Star sister.

The next thing he needs is you. That’s right, your signature matters on this. Sign his online petition  and he’ll present it, along with all of his other support, to the federal naming board when they meet December 6.