Here’s how to have ‘the talk’ with your military kids. . . about rank

By Lizann Lightfoot Kids say the darndest things. When it’s military kids, they can say some pretty funny things about... 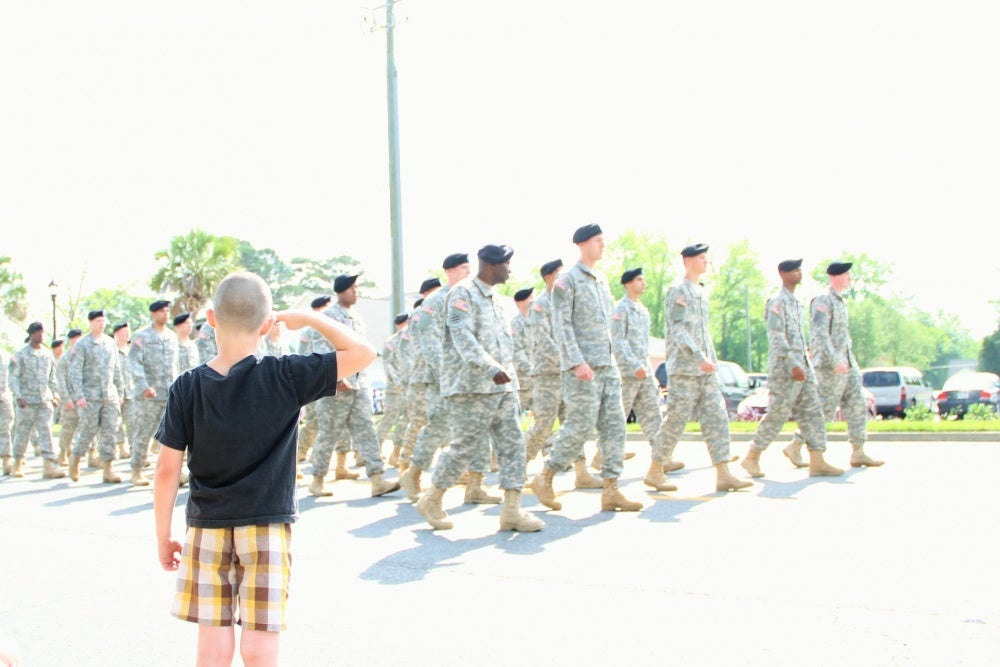 Kids say the darndest things. When it’s military kids, they can say some pretty funny things about military life. That’s cute. . . until they make comments about the touchy subject of rank. Then you’ll see parents scrambling to correct them or to clarify that they didn’t really mean that.

Not sure what I mean? Here are some examples:

On a playground on base, I’ve heard kids ask each other, “What is your parent’s rank?” They don’t understand the rank structure or know the difference between enlisted or officer. Then they ask, “Does that mean my dad is your dad’s boss?”

When new neighbors met on base, the adults were chatting casually until a kid suddenly blurted out bragging, “My dad is a Gunny [(E-7)]. What are you?” Eyebrows raised and polite chatting ceased.

When my kids were little, we used to tell them that Daddy was at work with his guys or that he was deployed to help his guys fight. Unfortunately, they thought that every Marine on the base was one of “Daddy’s guys.” One day they asked the gate guard, “Do you work for my dad?” The gate guard laughed and said, “Only if your dad is the President.”

If we’re being polite, no, there is no reason for kids to discuss their parent’s rank. Kids don’t wear their parent’s rank. However, there is no way to keep rank hidden from military kids. Even if it is something you avoid in your social interactions, kids will still hear their military parent referred to by their rank at some point. It could even be in the way they hear the parent answer the phone: “Lt. Smith, here.”

No matter how much military spouses insist that “spouses don’t have rank,” military kids don’t understand that. They are aware that their military parent has a rank and that it means something important. It’s not surprising that they are curious about what their parent’s rank means to them.

How can you avoid being embarrassed in public by your military kid’s comments about rank? You have to have “the talk.” No, not the one about the birds and the bees. This is a military kid talk about rank, what it means, and when to use it.

Service members earn rank, but it is only for work. Tell your kids rank is a title you or your spouse have worked hard to earn. . . but it is only important for the service member at their work. To kids, you are still Dad or Mom, just as to neighbors you are Mr. or Mrs. So-and-so.

Kids don’t have rank. Make sure your kid knows that your rank does not apply to them. Kids are all equal, so it should never matter what ranks their friends’ parents are. Enlisted kids can be friends with officer kids. Conversely, if the General’s kid is a bully at school, your child has just as much right to stand up to them as to anyone else.

Talk about rank as it pertains to you or your spouse. Kids will naturally want to know what a rank or title means, but they will likely never remember the rank structure or the insignias. Just teach them one or two so they recognize it when they hear it. Military kids learn the importance of promotion at a young age, even if they don’t fully understand what it means.

Teach them to call everyone sir or ma’am. Military kids don’t need to know anyone’s rank. Tell them not to ask people about rank or to try and guess rank by looking at insignia. It’s best to just practice being polite to everyone, regardless of rank.

It’s not polite to talk about rank in public. Remind your kids that rank is something for the service member to discuss, not the rest of the family. To them, everyone should be Mr. or Mrs., sir or ma’am. Teach them not to bring up their parent’s rank in conversation.

Never compare rank. Kids should never use rank to compare whose parent is more important. Teach your kid polite ways to avoid rank discussions with their friends if someone brings it up.

Don’t brag about rank. Teach your kid that the parent’s rank is not theirs to brag about. It helps to demonstrate that even when a service member is responsible for some people, there are always others who are more important than them. Kids will look silly bragging about your rank when they run into someone whose rank is higher.