Here’s why I’m afraid of every military base 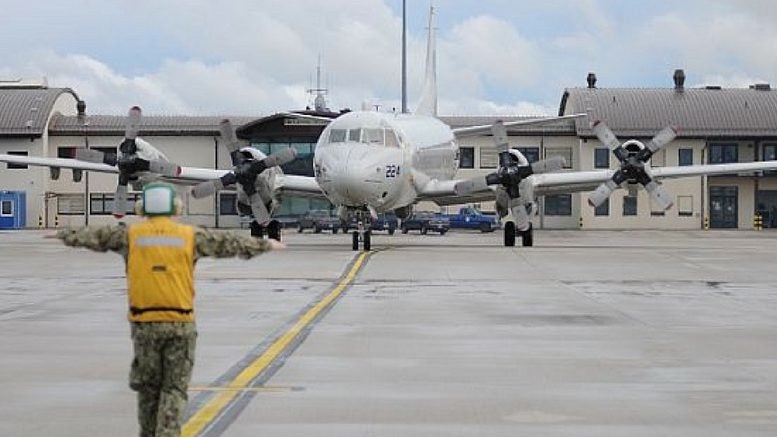 “I don’t know, but it’s not the commissary or the BX, so it doesn’t pertain to us!”

“What if it’s something cool?”

This was the conversation I had with my mother as I drove her to our house on base at our first duty station 10 years ago. Mom is fearless, adventurous and curious, and wanted to see every inch of this previously-off-limits-to-her part of the United States, and her daughter’s new home. I, as a newly-married 19-year-old, had the golden ticket in the form of my ID card, so, green light, right?

There was just one catch: Being on a military installation terrifies the living daylights out of me. Yes, ‘terrifies.’ That’s present-tense, my friends. It still does terrify me 10 years later.

What if I accidentally break a rule I don’t know about?

What if I accidentally drive into a restricted area?

What if I accidentally end up on the flight line?

What if I accidentally get my husband in trouble?

I’m fairly certain this insecurity stems from one very small incident that happened during my husband’s boot camp graduation, that has, apparently, scarred me for life.

The graduation itself was over, and we had located my husband (then boyfriend) in the sea of identical light blue shirts. Hugs all around, tears were shed, and then we herded everyone into his father’s rented van as fast as possible. His dad pulled into a parking lot to check the map quickly, while I sat in the backseat, grateful to finally be holding my future husband’s hand after so long (HA! Boot camp, long? The ‘10-years-into-the-future’ me is laughing hysterically!).

Suddenly, we hear someone bark my husband’s last name, and we see his Technical Instructor (TI) glaring at him through the window.

Long story short, we had parked in the wrong parking lot, just for a moment. My husband was mortified he hadn’t noticed, I was panicking because they were threatening to pull his base liberty pass and my future father-in-law and stepmother-in-law were unsure what to do.

Thankfully, his TI allowed him to maintain his liberty privilege for the day, and we hightailed it off base (at the legally allowed speed limit, of course).

That’s it. That incident has cemented a dark fear that I am going to accidentally drive somewhere that is off-limits to me, regardless of how harmless it looks or a lack of posted restriction signs, and ruin my husband’s career.

It’s funny, but I did successfully live on base for five years at his first duty station, and, after a while, my anxiety about the situation went away as I found a routine and stuck to it. I knew the gate guards’ names, and it all felt pretty normal—as normal as being required to show an ID to get to your house can feel.

And, yet, if I need to venture to another building on base for an errand, like renewing my military ID, or to drop lunch off for my husband at work, I can feel the fear coming back. As my car moves closer to the flight line and the military aircraft get closer and closer, I have to fight the urge to turn around.

These days, I relish the joy of owning our own house in the next town over from where the military base is located. I shop at local grocery stores, and, for the most part, avoid the base altogether.

But, it’s impossible to avoid it forever, and, inevitably, I’m asked to drop off an item for my husband at his work, or to take the kids to a friend’s house on base, and, I just have to grit my teeth and bare it. It’s silly. It’s so silly, I know! But, I can’t help it. I’m very proud of the work my husband does, and have the utmost respect for everything that happens on a military base.

Maybe, just maybe, a little too much respect.