The 2017 National Security Strategy, released by the Trump administration in December, is a lot for service members and their... 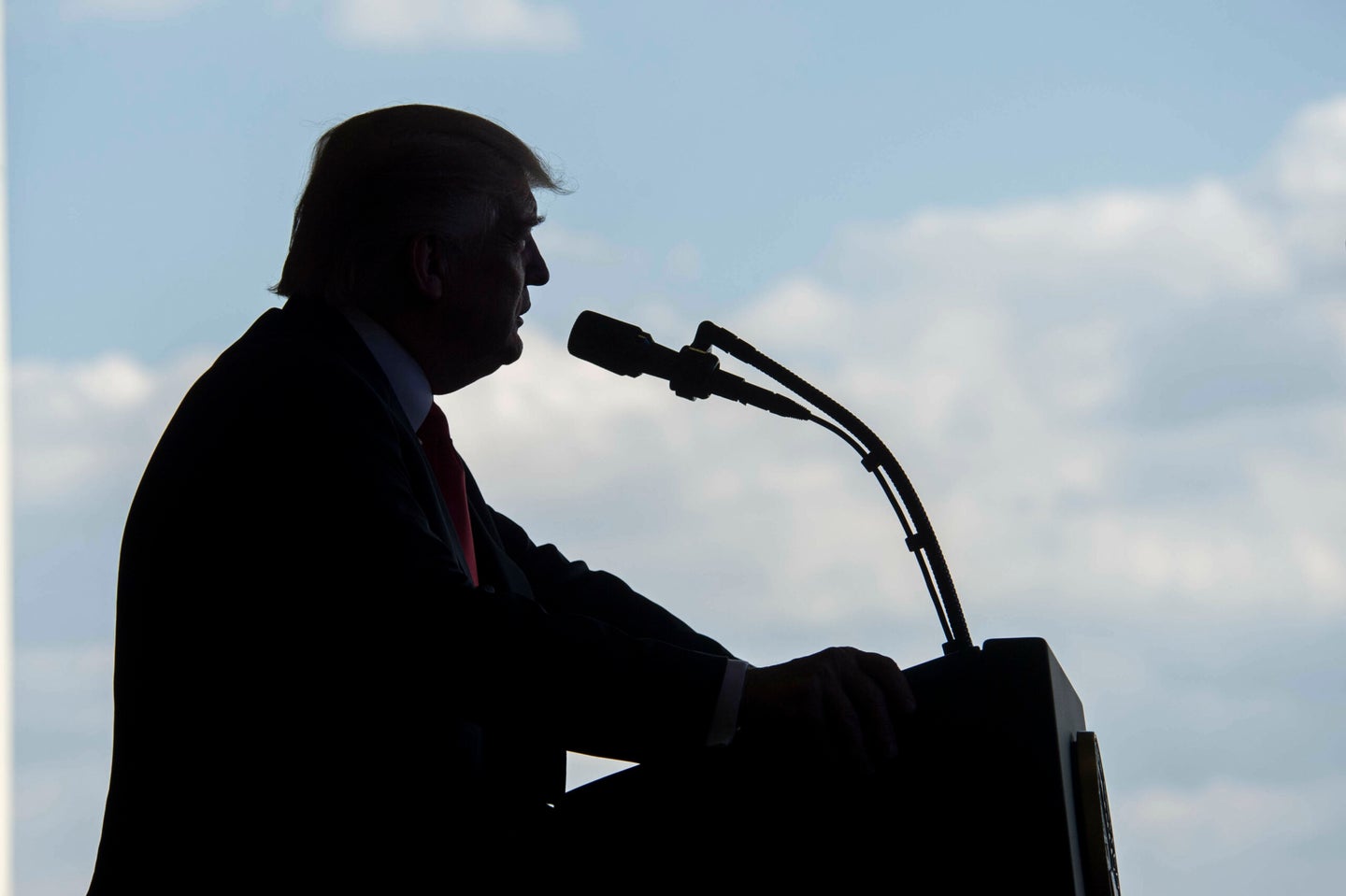 The 2017 National Security Strategy, released by the Trump administration in December, is a lot for service members and their families to sift through. Spanning a whopping 55 pages, the strategy can be boiled down to four basic points, and we have pulled out the most important points for you in this article.

We are presenting the information here in a straightforward manner, with no fanciful conjecturing, referencing specific points of the strategy that may affect military families. To read the strategy on your own, click here for the original version. Note that a strategy is not a specific course of action, but rather a general overview that acts as a guide so American citizens have an idea of what they can expect from the administration and the president.

For President Trump, the National Security Strategy lives up to some major campaign promises: “The American people elected me to make America great again. I promised that my Administration would put the safety, interests, and well-being of our citizens first. I pledged that we would revitalize the American economy, rebuild our military, defend our borders, protect our sovereignty, and advance our values,” he writes in the introduction. It is very much an “America first” perspective that the strategy works from.

The strategy can be broken down into four vital national security interests or pillars:

The takeaway for military families: A commitment to combating biothreats could mean that service members are deployed in support of outbreak management as we saw with the Ebola crisis in West Africa beginning in 2014. Pursuing threats to the source could mean more troops deployed to fight against groups like ISIS. Assistance during threats, natural disasters, or attacks could mobilize National Guard members, with stronger state and federal coordination than in the past.

The takeaway for military families: This is a major point for military families, so let’s break it down. The American military, historically, has played a significant role in protecting American interests and sometimes in advancing our values around the world. Renewing military capabilities would mean new and/or improved weapons systems, acquired through a more fiscally responsible process, that are more effective against a modern threat. Improved readiness would mean more high quality training opportunities for military members and better communication and coordination among government entities.

The takeaway for military families: As mentioned earlier, the U.S. military has often been used to advance American influence, sometimes in a humanitarian effort through diplomacy. Different branches of the U.S. military are currently working in the Middle East in a number of countries to fight against ISIS and the spread of the terror network. This plan suggests that threats will be met with not only action, but an evolution in ideals like equality, human rights, and religious freedom.

While we can’t accurately state exactly what this strategy means for military families, we can make some assessments based on some of the information provided. Military families should prepare themselves for what we know: Deployments, separations, increased training and things we’ve already experienced. And we can watch it all play out.