My family and I spent a wonderful weekend in Salzburg, Austria recently. It was a magnificent trip and we fell... 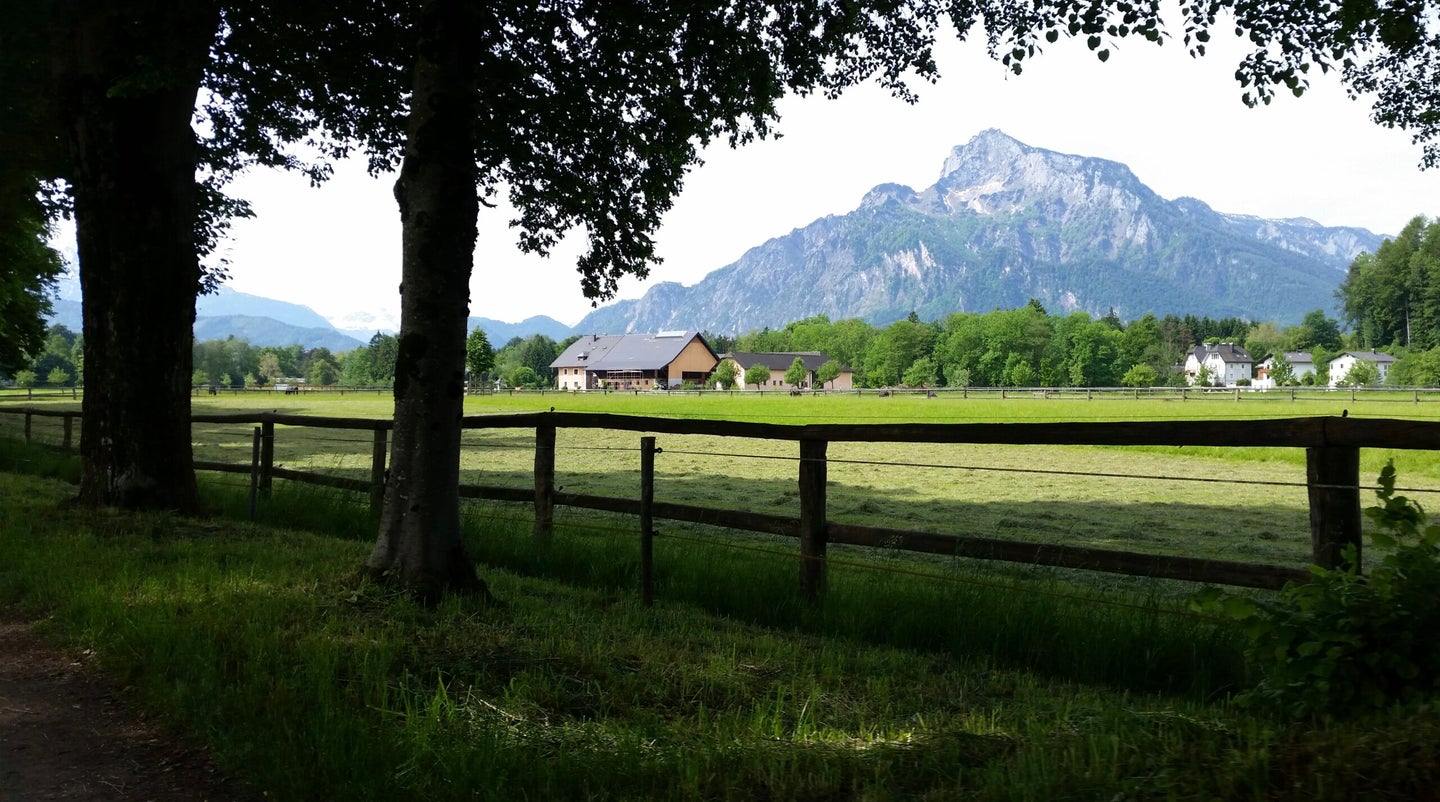 My family and I spent a wonderful weekend in Salzburg, Austria recently. It was a magnificent trip and we fell in love with this picturesque country.  Salzburg has so much history and art, we could have easily stayed in that city alone for a whole week and not run out of things to do.

How to get there

Austria is a relatively short drive from where we’re stationed, so my family and I drove there; however there are flights to and from Salzburg. (Discount airlines Ryanair will fly straight into Salzburg, if you don’t want to drive.)

The Sound of Music

The Sound of Music is not a big deal in Austria. Sure, they have all kinds of tours about it, but an average person does not find the von Trapp family to be a big deal. Keep that in mind; it is a bit jarring if you go there thinking everyone loves Maria von Trapp. That is so not the case.

We splurged and stayed in the Villa von Trapp. It was a neat experience to see where the family actually lived. You can explore everyone’s rooms and even stay in them.

Salzburg is such a jewel it’s been designated a World Cultural Heritage site. The city has gorgeous narrow streets where people can shop and stroll or stop in for a coffee in one of the many little cafes. The city also offers sights such as the Salzburg Cathedral, the Mirabell Palace and Gardens, and Mozart’s birthplace. Visitors can also see the Hohensalzburg Fortress, which is the largest intact fortress in Europe. Take a three-hour rickshaw ride through the city, specifically through Salzburg’s Old Town. Our driver, Leo, was also an expert in Sound of Music trivia and took us to see all of the places where the movie filmed.

There’s also the Nonnberg Abbey. The Nonnberg Abbey is the oldest abbey north of the Alps. It was founded in 714 AD and has been in continual use ever since. This is where Maria von Trapp became a nun (in real life and in the movie). The abbey actually allowed several scenes from the movie to be filmed there, such as the beginning scene where “Maria” is sung, the wedding, and the scene where the family is hiding while trying to escape into Switzerland. (Seeing the abbey was a huge deal for me; I am fairly certain I blacked out for a few minutes when I first saw it). Even those that aren’t Sound of Music fans could still greatly enjoy seeing the picturesque abbey.

Another great stop is at Hellbrunn Palace. Hellbrunn is famous for its trick water fountains. The fountains were put in place between the years of 1612 and 1615 by Markus Sittikus, Austria’s prince-archbishop at the time. The fountains are still an attraction today and are known to catch the unsuspecting tourists off guard with a good splash. (And for Sound of Music fans, the gazebo where Liesl and Rolfe sing and dance is near Hellbrunn. Though it’s locked now and people aren’t allowed in, it’s still cool to see.)