Out of the ten years I have been a military spouse, I have had full-time employment during exactly one of... 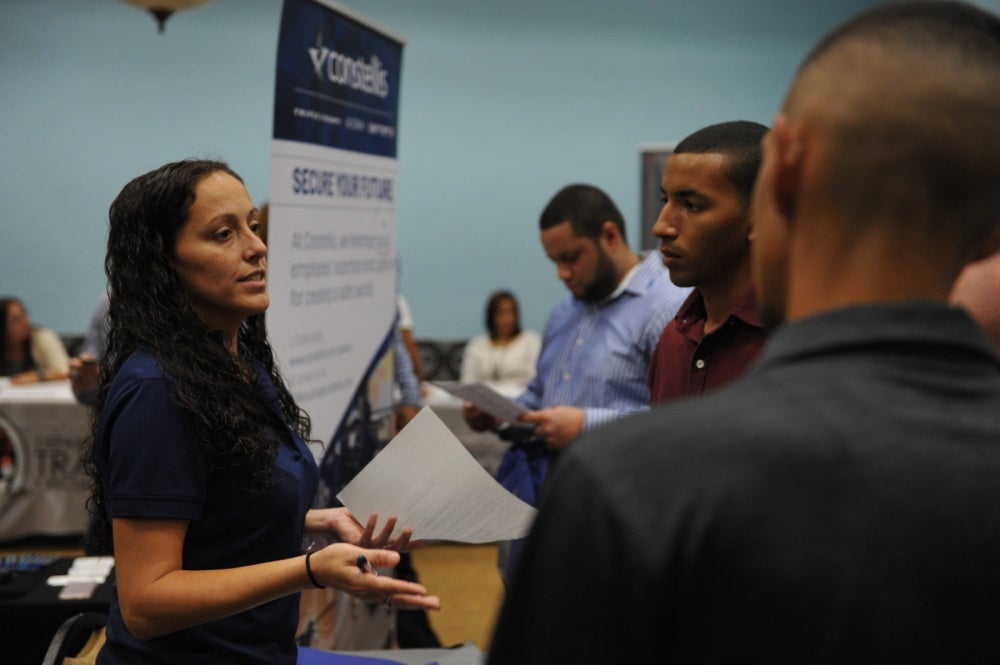 Out of the ten years I have been a military spouse, I have had full-time employment during exactly one of them. (It’s not because I “took time off” to become a mom or earn my master’s degree.) I moved four times in those ten years. Three years were spent overseas, where I was not allowed to apply for jobs off-base and there were no full-time job offers in my field on-base, although I did find part-time work. Three years were spent at a duty station far from major cities, where the only “real jobs” were located over an hour away. And during all of that time, child care on base was difficult to secure or had a wait of over a year.

Because of all those hurdles, I have been limited to working part-time or starting my own business and working from home.

Currently, military spouse unemployment is at 16 percent. That’s four times higher than the rate for American adult women (an appropriate comparison since 92 percent of military spouses are women). The reasons for this are complex, but the major hurdles are long deployments which require the spouse to become a solo parent, remote locations where few jobs are available, or frequent moves. Each time the service member moves, military spouses have to search for a new job, sometimes with only a few months’ notice. Spouses report that it typically takes one to six months to find work at the new duty station. . . if they find work at all.

Unemployment numbers only look at those spouses who are actively seeking work.

It can’t record data on those who drop out of the workforce. . . like me, when we moved to a remote duty station. I completed my master’s while stationed there, but the only job opportunities were fast food or retail at the local mall. Unwilling to drive over an hour each way for other opportunities, I didn’t even apply. We hoped there would be more at the next station. . . then we were sent overseas. According to the HOH study, 10 percent of military spouses aren’t actively seeking work because of recent moves, remote duty stations, or overseas assignments.

In a military town, it’s no secret that military families move every two to three years. This makes some employers hesitant to hire a new employee who will have to move shortly after being trained. A whopping 41 percent of military spouses said the greatest employment challenge was employers not wanting to hire them because of their mobility. Other challenges listed included lack of flexible work schedules, affordable child care, jobs not paying enough, or gaps on their resume.

The military income is often a family wage.

Because of frequent moves, deployments lasting seven to 13 months, and demanding schedules from the military, many spouses are forced to seek part-time or seasonal work that caters to the service member’s career. Or they decide to stay home and raise children because child care is difficult to find and not affordable. Like most American families, military families would prefer to live on two incomes, but despite their best efforts, 50 percent of military families with children survive on one income–the service member’s. That number is 40 percent for civilian families with children.

Military spouses are higher educated than average civilians, yet are severely underemployed.

The good news is that there are numerous scholarships, grants, and programs like MyCAA that make higher education more affordable for military spouses. The problem is that degrees aren’t helping spouses achieve careers because of the aforementioned challenges. The HOH study found that 88 percent of military spouses have some college education, with 49 percent holding bachelor’s or post-graduate degrees. Yet of those who have jobs, 70 percent of military spouses said that their degree was not being utilized in their current job, and most of those admitted they had previously held jobs that paid more. Like me: My first job after earning an MBA as a military spouse was a contract position that paid $1,000 per month. I was making twice before I married into the military.

If the spouse can’t find work, the service member may leave.

Military spouse unemployment impacts the retention of trained service members. Military families listed “career opportunities for both spouses” as one of the most important factors when deciding whether or not to remain in the military. Unemployment can create stress in a marriage: 80 percent of military spouses said the job search had created tension between them and their active duty spouse. Survey respondents claimed that “finding work or managing a career” was more stressful than moving from one duty station to another.