Everyone should know these heroic Native American service members

By Amy Byrne Let’s celebrate the heroism of Native American service members in recent history — those who embody everything it... 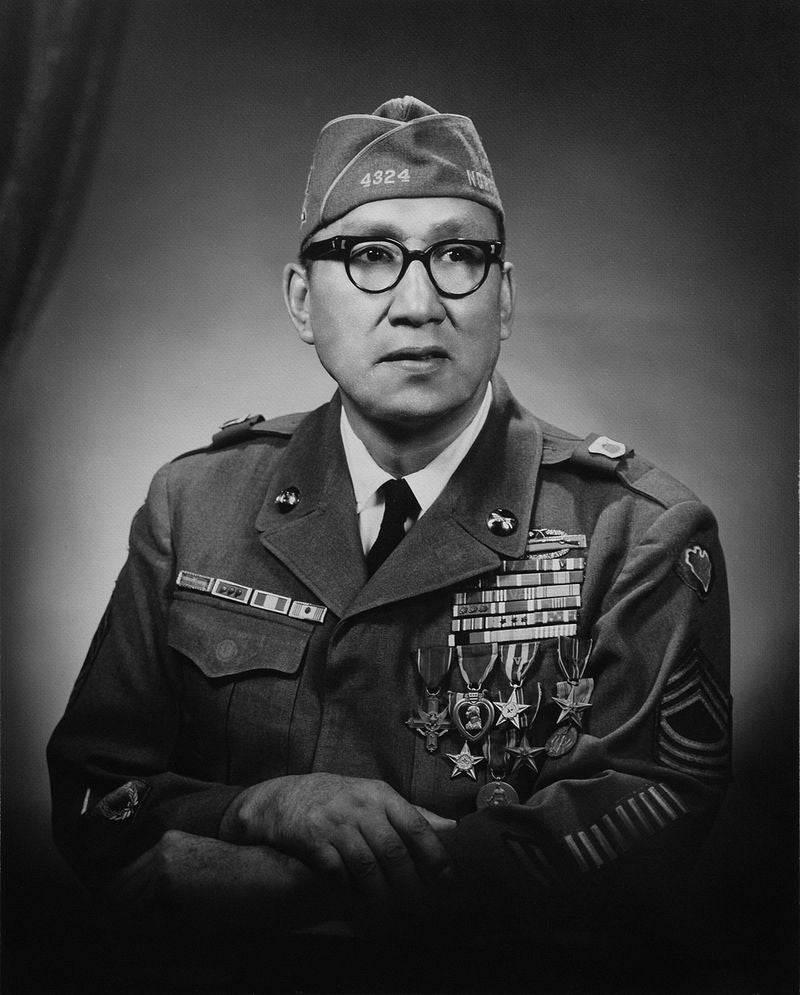 Let’s celebrate the heroism of Native American service members in recent history — those who embody everything it means to be an American hero in their stories and achievements. Here are three incredible stories plucked from many thousands. “The Sioux have a word for that kind of bravery — wowaditaka … don’t be afraid of anything, be braver than that which scares you the most.”  — Carrie LeRoy and Russell Hawkins

MSgt Keeble, born on the on the Sisseton-Wahpeton Sioux Reservation (of SD and ND) in 1917, was the first first Sioux to receive Medal of Honor. He was awarded this, the highest honor in the US military service, over six decades after his heroic actions during WWII and the Korea War.

His first experience of combat was with Company I, 164th Infantry–the first Army unit on Guadalcanal, during WWII. He was fabled among his peers during combat, according to his stepson, Russell Hawkins, for pushing ahead of patrols and “[killing] enemies before his unit would get there.” For his actions during this time, Keeble earned the first of four Purple Hearts and his first Bronze Star.

It was in the vicinity of the Kumsong River, North Korea in October 1951, that Keeble’s actions took the leap to the truly extraordinary. Leading three platoons to take control of a treacherously steep hill, Keeble attempted a solo assault after three failed missions and many losses of life–and he was successful.

The road to the Medal of Honor was a long one. After discovering that the limitations for awarding the Medal of Honor was three years from the date of the heroic action, his family and friends realized that it would take an act of Congress to posthumously award Keeble. They began to collect evidence and make contact with members of Congress in 2002–and in December 2007, the act was passed: MSgt Keeble earned the award he so deserved.

LtCol McClish, a Choctaw from Oklahoma, was a prominent guerilla leader in WWII. He was called to active duty in the National Guard in 1940 and sent to the Philippines.

In 1941, he was commanding a battalion at the time of Pearl Harbor. After being seriously injured, he escaped capture and went “underground” to organize a guerrilla force. By the fall of the next year, McClish organized the guerrilla forces in the four eastern provinces of the island into the 110th Division. This proved to be an immensely difficult task; the mission was complicated by the presence of not only Japanese forces but also unorganized rival bands and bandit gangs. Moreover, potential soldiers also had to be educated on this unique method of warfare, which was a challenging task.

By the spring of 1943, McClish had organized three regiments and part of a fourth and a division staff had been formed. There was a great shortage of food and supplies, so projects were put into place to grow food and to obtain and produce other essential items.

At the end of the fighting, McClish’s forces had proven themselves nothing short of heroic. While over a hundred men were killed and many wounded, the enemy lost an estimated 3,600 as killed or wounded. Colonel McClish thus played an essential role in contributing to the final victory in the Pacific.

“Were it not for the Navajo Code Talkers, the Marines never would have taken Iwo Jima.” – Major Howard Conner

Singling out just one of these brave men is, quite simply, impossible. Instead, we must simply honor all of them.

In autumn 1940, the US Army experimented with a small group of Chippewas and Oneidas, who joined the Thirty-Second Infantry Division for the express purpose of radio communications. The experiments continued across other units–including the Nineteenth Infantry Division with Iowa National Guard (who brought several members of the Sac and Fox tribes in as radiomen), and the New Mexico National Guard, who enlisted Pueblo Indians. These experiments were relatively limited, despite the fact that utilization of Native Americans as combat radiomen had been a proven success. The War Department did not fully grasped the program’s potential.

After Pearl Harbor, however, the Marine Corps developed the concept to an extensive degree, so much so that it became an integral part of combat operations. The Marine Corps was struggling, because every code that had previously been developed ultimately ended up being cracked by enemy forces. In February 1942, Philip Johnston — a civilian — approached Major James E. Jones, Force Communications Officer at Camp Elliot in San Diego, with the simple but potent idea to use the Navajo language for battlefield radio transmissions. The Navajos spoke a unique  language unlike any other Indians, rich with peculiarities and barely touched by global language scholars; thus, it seemed potentially safe from enemy understanding.

On the 28th of February, Johnston and four Navajos arrived at Camp Elliot, and were given just 45 minutes to devise a basic code, which they then presented to Major Jones, General Vogel, and several other high-ranking Marines. Six messages were transmitted in Navajo, received, decoded, and correctly relayed to Major Jones — all within seconds. Furthermore, when tested by military code experts, the system seemed practically “foolproof.”

By mid-March, twenty-nine Navajos were enlisted for communications work and formed the 382nd Platoon for the Indian specialists, and Johnston joined them as a training specialist at a noncommissioned rank. Developing the code initially proved difficult, as most of the terms that needed to be decoded had no counterpart in the Navajo language; ultimately, the Navajos selected words that held direct association with nature or reservation life, and then transformed this into a simple “word-for-alphabet” code.

Eventually, Navajo code talkers served with all six Marine divisions in the Pacific, and with Marine Raider and parachute units as well. They received an endless amount of highest praise for their work, throughout their participation in major Marine assaults on the Solomons, the Marianas, Peleliu, and Iwo Jima. Major Howard Conner, the Fifth Marine Division’s Signal Officer, when commenting on the Marines’ Iwo Jima landing, said that “The entire operation was directed by Navajo code … They sent and received over 800 messages without an error. Were it not for the Navajo Code Talkers, the Marines never would have taken Iwo Jima.”

Just fourteen Native American women served as members of the Army Nurse Corps during WWI; this figure increased to nearly 800 during WWII. As of 1994, however, numbers escalated: 1,509 Native American and Native Alaskan women were serving in the United States military. That said, compared to the total military population — over 1.6 million in that year, across all branches of service — this number is shockingly small.

Women in Military Service for America Memorial Foundation encourages female Native American veterans to register with the memorial, so that their stories can be recorded and preserved. Their website tells dozens of fascinating tales.