It all started with a dad and his son watching National Geographic’s Inside the Green Berets. Mike Foles, now a... 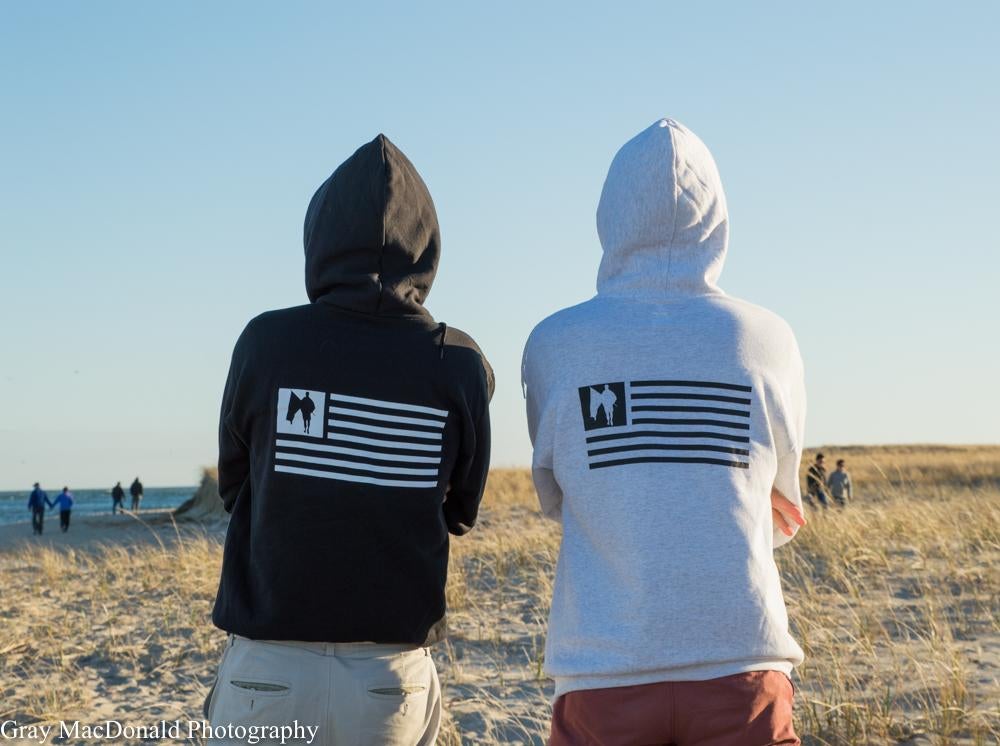 It all started with a dad and his son watching National Geographic’s Inside the Green Berets. Mike Foles, now a senior at Medfield High School in Medfield, MA, was struck by one particular scene. In it, an IED blows up a truck, killing a sergeant. His comrades are given just ten seconds to grieve during a moment of silence before going back to their high-stress jobs.

It began a conversation between Foles and his father about veterans and the organization, Home Base, the largest private-sector clinic in America focusing on veterans’ health issues. As Foles’ father shared that he was involved in the organization, the high school student knew he wanted to do something to help.

With his friend, Jack Martin, Foles envisioned a business that would generate money with the purpose of giving back to Home Base.  Originally a blog, the business shifted to apparel as Martin moved away and Foles connected with another friend, Graham Duprey. “Since we are kids and are expected to just go through life and not do more, we wanted to make a difference,” Duprey says.

And so, Brave Apparel was born. The site, in its nascent stages, has two products for sale currently: A branded shirt and a branded sweatshirt. The artwork on both was created by the duo, Duprey having taken a graphic design course during his time in high school.

The message and the branding is clearly military-focused. “We salute anyone who has served, is serving, or wants to serve.  Brave Apparel would like to show our appreciation through the story we tell with our shirts,” the website says.

The pair wants anyone–civilians included–to wear their pieces and be inspired by the stories of the military. “We want all these people–especially little kids, because bullying is such a factor these days–to feel like they can be brave like the military,” Foles says.

In business for a little over six months, Brave Apparel has raised more than $700 for Home Base, through online and in-person sales. 10 percent of the apparel’s profits are designated for Home Base and donations are taken for the organization during live events.

Both seniors see Brave Apparel as a life-changing venture. While Duprey will take a gap year and Foles will attend college for business– thanks to his first venture–both see the intersection of business and charity work as vital to their future. “Charity will be part of my life for the rest of my life,” Duprey says. “We’ve kind of gotten a taste of it, and it’s been really cool.”