How to End a Friendship

Thank you to Emily Sovich for your guidance! I’m not going to ask for your reasons. We’re all adults here.... 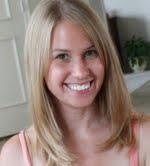 Thank you to Emily Sovich for your guidance!

I’m not going to ask for your reasons. We’re all adults here. We all understand the complexity of friendships between military spouses, and we all know the friends you make at a new duty station can have a significant impact on your life. When you first move in, they’re the ones who will give you the real facts about school districts and pediatricians; they’ll warn you to avoid certain neighborhoods during your house hunt; they’ll even point you toward the best local hair salon. If all goes well, in time they’ll become the people you invite over for lunch and an impromptu play date, the people who will pick up your kids when you’re running late, the people you’ll laugh with and explore with, and the people who will help you when your spouse goes on deployment, but what happens when you find yourself in a fledgling friendship that isn’t going well?

How do you end a friendship that’s starting to go wrong?

As long as you ended the friendship with professionalism and respect, you’ve done everything you should’ve done.