How to help kids with deployment? Cook!

The first thing that would pop into my head on deployment day (after my immediate prayer for his safe return) was “Wow.... 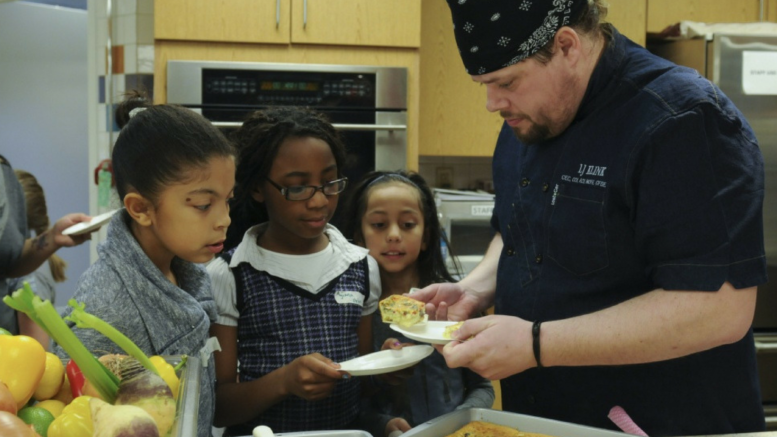 The first thing that would pop into my head on deployment day (after my immediate prayer for his safe return) was “Wow. 18 months. How am I going to amuse our son for that long and how are we going to ease the pain of missing his father for that long?” As a working mother of a seven year old son, I tried to think of ways to make the deployments fly by.

I admit, I am a complete dork and I geek out on cultural anthropology. I love learning about other cultures and the “whys” certain groups do certain things. I also like to tie in learning with my son whenever I can.

And what is something everyone has in common? Food!

We all have to eat. It is amazing how much food brings us all together. It is the great equalizer.

So what was one of those things I did to help pass the time with our son? Cook.

We would look up recipes in my cook books and pick things that were regional to an area he was studying in school. If I knew he was studying Ancient Greece, I would take him to a Greek restaurant or prepare something Greek at home.

Cook to bridge the world

Once a month during deployments, I would put together a plan for us to do a day trip in the car or go somewhere really inexpensive so we had that visual on the calendar to mark off and break up the monotony.

When our bank statement would show ATM activity when my husband was stationed in Iraq and Afghanistan, I would use those little charges from the PX as a virtual game of Where’s Waldo? We would take the map of Iraq and Afghanistan and look at where he was initially stationed.

We would look at what the ATM said and the city, and I would have my son plot it. It was an easy way to learn geography and make things interesting.

Cook to plan the future

When my husband first joined the Texas National Guard back in 2004, he deployed shortly after his AIT was over. He was gone from 2004 to 2005. Out of eight years of his service, he was away from home during four of those years. Not consecutively, but cumulatively.

Our son and I would talk about the things we would do with his father when he returned. We’d have fun people watching and taste local goodies. We’d write to him about them and talk to him on the phone, kind of a dreamscape for us all. That way he had something to look forward to and so did we.

Cook to celebrate who you are — together and apart

Celebrating your cultural heritage via food, music, art, and travel is a great way to educate your child on your family’s ethnic history and also teach them about different cultures. With the advantage of the Internet, kids can Google the country and find out everything from what their resources are that are exported and what do we import, what languages are spoken, the GNP, etc. Learning about the world around us and the people in it help break down our cultural differences and help bring people together.

I have taught our son about different traditional family dishes often prepared in our family for each holiday and cooked them with him. He really does enjoy cooking and I am happy that as he lives in his apartment, our 19 year old will be able to make more than just frozen microwave meals.

We were at a thrift store the other day and they were selling MREs for $7.50 per meal. We used to do MRE buffets for our son and his friends as my husband would sometimes have an extra MRE from a training and brought it home. They thought it was cool they got to “eat like Army guys.” They really enjoyed that. It was the easiest entertainment! They loved using the heater that comes with the MRE.

Even though deployments aren’t fun, we certainly made the best out of them. You can provide your kids with a lot of extra education and learn about cultures while filling your tummies with the best foods many restaurants offer.