How to Host A Terrible Thanksgiving

Emily Sovich shares her worst Thanksgiving while being stationed overseas. Enjoy her humor! 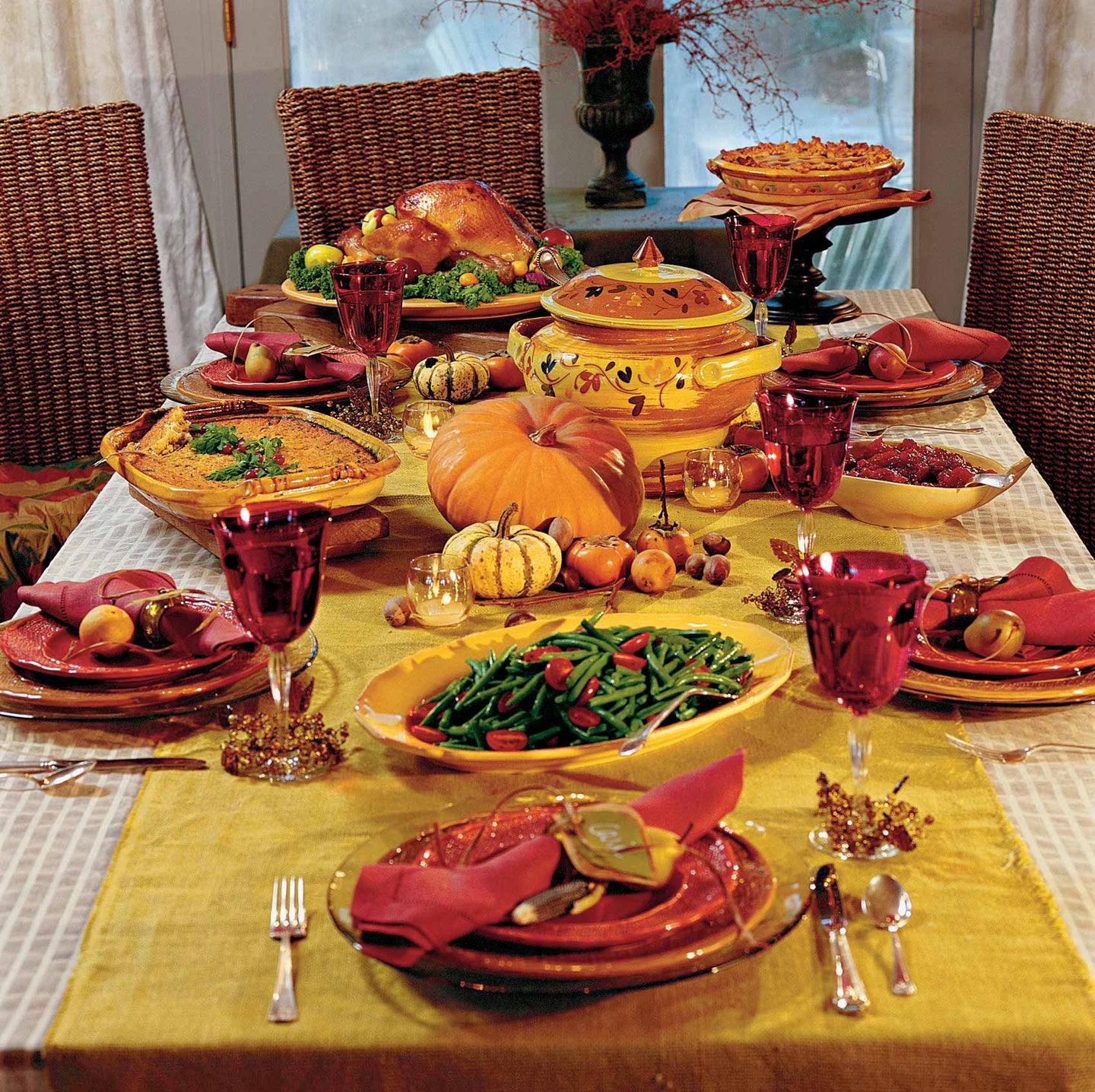 Thank you Emily for sharing your overseas holiday! “What? They’re not supposed to be here for ten minutes!”

“They’re in the driveway!”

“Give me two more minutes, okay?  I’ll be right down!”  I pulled a black sweater over my head, tying it in front to show off my growing belly.  Then I leaned in close to the mirror, looked deep into my own eyes, and wiped a smudge of flour off my forehead.  “He’s not going to be happy entertaining everyone by himself,” I thought, picking up a brush and unraveling my heavy braid. I cringed as the memory came.  He’d wanted a quiet, family holiday, but when my friend Tiziana had told me she’d always wanted to experience a real American Thanksgiving I hadn’t been able to resist.

“Come over!” I’d exclaimed.  “You’ve done so much for my family since we moved to Italy.  We’d love to include you in our celebration!  E ’divertente.  It’s fun!”

She’d spoken too quickly though, and I’d repeated the only two words I could understand.

“Sì, grazie!  Tutta famiglia!  I’ll bring my family over.  Everyone!”

“No,” I’d wanted to shout then, realizing what had happened a second too late.  “Don’t fill my house with strangers on Thanksgiving!”   But I couldn’t speak.  I was already in too deep.  “Bene,” I’d smiled.  “Good.”  And now here they were.  I could hear their voices drifting upward from the lawn. A woman who could only be Tiziana’s mother smiled at me from the living room.  I crossed the rug and walked toward her.  She kissed me on both cheeks.  I looked up at her, ready with my carefully prepared, “Benvenuto! Piacere! Welcome! It’s nice to meet you!”  But she cupped my breasts between her hands before I could speak.  “Grande!”  She exclaimed, puffing air into her cheeks.  “Molto buono!  Buono per il bambino a mangiare.”  She made a sucking motion with her mouth.  “Grande,” she said again, but then a wrinkle appeared between her eyes.  She looked at me for a moment, her mouth forming words I couldn’t understand.  “Big,” she explained finally, running her hands over her own enormous breasts.  “Good for eat.”

I held my smile, casting my eyes sideways at Tiziana for guidance, but she just stood next to her mother, totally unphased, as though groping complete strangers was common in casual introductions.  “Sì,” I nodded, looking down.  I cleared my throat.  “I mean, grazie,” I offered, but the word came out like a question.  Just then, a timer went off in the kitchen.  “The bread!” I exclaimed, glad for an excuse to back away.  “Il pane!”

Down the hall, the doorbell rang.

“I’ll get it,” Chris called, extracting himself from Angelo, Tiziana’s silent older brother, and disappearing into the foyer.  Without Chris, Angelo stood stiff in his V-necked sweater, not sure what to do.  Chris opened the door and a draught of cool, Mediterranean air swept into the room.

Our American neighbors, a last-minute addition to the party, bustled into the house holding two pumpkin pies and a dish of sweet potatoes in their hands.  “I know you said you had enough,” my friend Rebecca crouched down in the kitchen, nudging her toddler off her hip so she could arrange the dishes on the counter, “but it’s Thanksgiving.  I figured we could always eat more, and besides — I’ll want leftovers.”

“So how’s it going?”  She lowered her voice.

“What?”  Rebecca cocked her head to the side and looked at me.  “What are you talking about?  You look great.”

I blushed.  “Nothing.  I mean, thanks.  Never mind.  I still haven’t heard Angelo speak.”

“He’ll get more comfortable once we start eating.  Where’s the wine?”

“It’s on the table.  Everything’s ready.  Just let me run upstairs and get Katherine.  For the first time in her life, she’s actually napping.”

Rebecca shook her head, “of course!”

When Katherine and I came back downstairs Tiziana’s family had already rejected the wine.  “Ne sei certo?”  Are you certain?”  I asked them.  And then, “E ‘siciliano!  It’s Sicilian!”  I tried.

“No, no,” Tiziana patted Angelo on the shoulder and pantomimed driving.  “No vino, grazie!”

“Va bene,” I said, trying to hide the fact that I was disappointed.  “Come on then,” I gestured to the group.  “Andiamo a mangiare.  Let’s eat!”  I lowered my shoulders and lifted my head, ignoring the beads of sweat that suddenly pricked up along my spine.  They followed me into the dining room.  There weren’t enough chairs for everyone, so I’d set up a small picnic play area for Katherine and her friend.  As soon as they were both free on the floor though, they toddled over to each other and started to squeal.  This was their favorite game at the time:

The sound punctuated the rest of the meal. At least I’d set a pretty table, all polished silver and wedding china.  A russet-colored tablecloth set off the long buffet under the window where our turkey sat, crisply brown and still uncarved, surrounded by roasted carrots, steamed green beans, and mashed sweet potatoes.  Chris’s famous made-from-scratch stuffing nearly overflowed its bowl at one end of the buffet while cranberry sauce, walnuts and pears, warm bread, a crisp salad, and three homemade pies held down the other side.  “This looks delicious!” Rebecca exclaimed, but the Italians grimaced.

“Che cosa è questo?  What is this stuff?” Tiziana’s mother whispered, gesturing at the sweet potatoes.

I smiled, bringing an empty fork up to my lips.  “They’re for eating,” my gesture seemed to say.   Tiziana and her mother looked at me blankly.  I-I-I-E-E-E, i-i-i-e-e-e, I-I-I-E-E-E.  My fork clattered to my plate.  “They’re just mashed sweet potatoes,” I stammered, “um, patata dolce.  They’re delicious — delizioso.  Try some!”  I scooped a heaping pile onto the serving spoon and held it out, but they’d already moved away.

Then I heard the word every Thanksgiving cook dreads.  Angelo was standing over the turkey, carving himself a drumstick, with a look of absolute horror on his face.  “Male,” he said.  Everyone in the room recognized the word at once.  “Male,” he repeated.

Our Thanksgiving turkey, so prettily crisp on the outside, was completely raw at the core.  My heart sank.  The blood in my cheeks started to rise.  Long seconds ticked off the clock in the hallway, but I couldn’t speak.  I felt paralyzed.  To this day, I don’t know why I hadn’t noticed it before.

I don’t remember what excuse Tiziana gave, but after that her family left right away.  I’d imagined something like an international summit, an elegant meeting of two cultures, where American cuisine was finally respected.  Instead, I’d terrified them with mashed sweet potatoes and tried to poison them with undercooked poultry, and they’d only been at my house for forty-five minutes.

Rebecca laughed first.  Then her husband looked at Chris, smiled, and shrugged, “Football’s on.”

Chris grinned.  “I’ve got Hogaarden in the fridge.  Want some?”

“I’ll just put the turkey back in the oven for a little while.”  I grabbed the platter and headed back into the kitchen.

“Girls,” Rebecca announced, “get your jackets on.  We’re going to walk to the park and let the turkey cook a little longer.  I can’t take one more minute of those squeals.”

In the end, my first Thanksgiving dinner overseas was a huge disaster.  The leftovers were good though.  So really, how much more traditional could I have been?

During her years as a military spouse, Emily Sovich has traveled through five continents and approximately thirty countries. She’s climbed the Great Wall of China, gone swimming with sharks in Australia, and ridden a camel around the pyramids in Egypt. She loves culture and adventure, but she’s happiest at home with a book in her hand, a child in her lap, and a cup of coffee on her bedside table. – See more at: http://milspousefest.wpengine.com/in-honor-of-the-day-of-the-deployed-who-knew/#sthash.RbyxFrfn.dpuf