If ‘Megan Leavey’ left you wanting to give a military dog a fur-ever home, read this

If the movie “Megan Leavey” made you consider giving a forever home to a four-legged hero, the good news is... 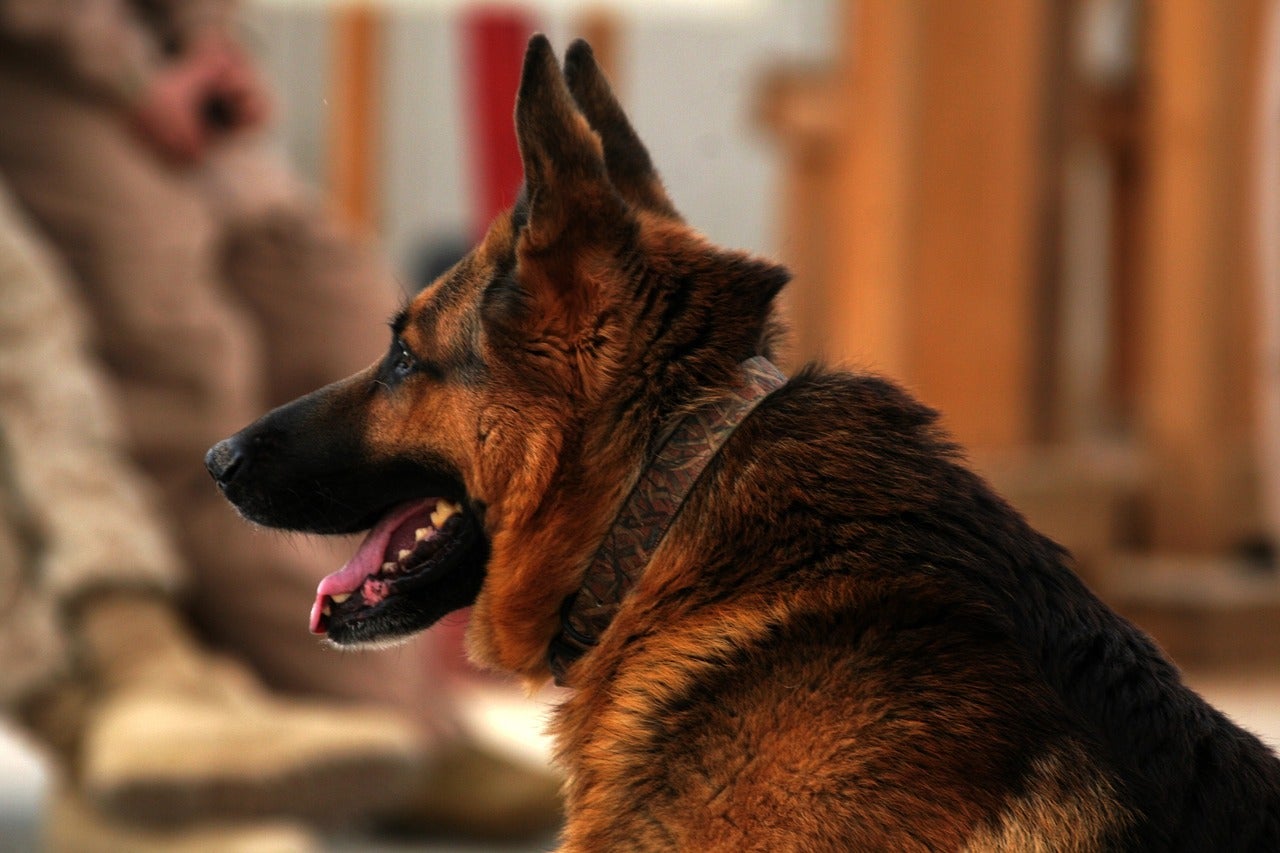 If the movie “Megan Leavey” made you consider giving a forever home to a four-legged hero, the good news is that there are programs to make that happen. But when it comes to military working dogs, the adoption process is, well, a whole different animal from simply popping by the pound and picking one up. So much so, in fact, that the information packet provided by the U.S. military’s adoption program includes a reality checklist to be completed as part of the application process.

But before we get to the requirements for and the realities of adopting a tail-wagging warrior, it’s worth understanding the differences and similarities between military and contract working dogs.

A military working dog is a canine — popular breeds include Belgian Malinois, German shepherd and Labrador retriever — owned and trained by the Department of Defense to detect things like explosives, narcotics or currency. A contract working dog performs many of the same jobs but is owned by a private company that supplies canines to the Defense Department on a contract basis. Military dogs are usually retired when they’re 10 to 12 (earlier in cases of injury or medical condition), while contract dogs retire a few years earlier.

The distinction is important, because adoptions of the former are arranged through a program at Lackland Air Force Base in Texas, with the process beginning with an email to mwd.adoptions@us.af

According to Jerry Britt, dispositions coordinator for military working dogs at Lackland, qualified candidates (more on that below) can expect to wait 18 to 24 months for an adoptable dog. He says the program currently has 1,200 applications on file and 14 dogs up for adoption. Bob Bryant, the Newbury Park-based co-founder of Mission K9 Rescue, which currently has 200 applications for adoption and a 20-dog kennel of waiting adoptees, says wait times can be much shorter when home conditions are ideal. “We’ve also adopted as fast as one week,” he added. (Both programs give a dog’s handler first priority, in which case the wait times don’t necessarily apply.)

But for prospective pet parents trying to determine whether they’d be a good fit, those distinctions are meaningless; retired working dogs are often high-energy, some have behavioral issues (“Most every dog that we get in has some sort of PTSD,” Bryant says), some need to be socialized or housebroken and still others have suffered injuries or require specialized diets.

“We’ve spent over $11,000 getting a dog adoptable because he was crate-reactive — you’d get close to his crate and he’d eat you alive,” Bryant said. “People say, ‘Oh, you should just put the dog down,’ but these dogs gave something. They did something they didn’t agree to, they worked their (whole) lives, and they deserve a nice retirement.”

One major consideration is whether or not young children are in the mix. “We normally won’t adopt high-drive dogs to anybody with kids under 10,” Bryant said. “You’ve seen kids run up and just grab a dog by the face — bad idea.” The military working dog application sets the bar at half that, stipulating that “all individuals residing at the primary residence where the dog will be kept must be at least 5 years old.” (These age minimums are offered by way of example only, each program — and there are many — sets its own guidelines.)

Another is cost. In addition to veterinary care, toys, food, grooming and occasional boarding (which the military dog adoption checklist estimates at $500 to $700 annually), a retired working dog could require something more — in terms of both time and money. “When they were working, they were scaling walls and leaping off shipping containers, so most of the military dogs that retire will have hip issues or back issues,” Bryant says. “(Adopters) need to be able to provide enough social interaction so that the dog can learn how to become a dog again.”

Another important — but not immediately obvious — upfront expense involves traveling to pick up the adoptee at the end of the process. In the case of the aforementioned programs, that means traveling to Texas — a visit to Lackland Air Force Base in the case of direct-from-military adoptions, and Magnolia (near Houston) for adoptions through Mission K9 Rescue.

Providing adequate veterinary care and an appropriate environment aren’t just suggestions, either — they’re part of the legally binding adoption contract. Other stipulations include not using the dog for work purposes — guard or drug-detection dogs, for example — and agreeing to have the animal spayed or neutered.

If you’ve gotten this far only to realize that having a toddler, a hectic work schedule or a tiny studio apartment would make adopting one of these canine heroes a nonstarter, you can still help these dogs have a happy, stress-free retirement by donating to a group like Mission K9 Rescue, which, according to Bryant, is hoping to notch close to $1 million in donations this year. He says funds raised go to provide veterinary care, transportation (often to bring retired working dogs back from overseas) and boarding.

“If we had a $2-million annual budget, we’d really be able to take things to the next level,” he said. “And we’d be able to provide veterinary healthcare insurance for every dog that we send out, and that would relieve that burden from our adopters.”