Is spouse entitlement taking hold in the military community?

It’s important to remember that patriotism is not defined by discounts and freebies. 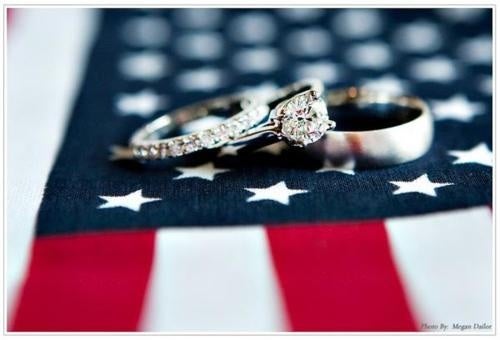 The new year is a great time to reflect on the things we have and what is truly important in life. Most people focus on the simple things: Family, friends, a roof over their heads, etc. Sometimes it makes me wonder why we can’t feel the same way at other times throughout the year.

Over the last few years of being a military spouse, I’ve seen an odd change taking hold: spouse entitlement. I’m fairly certain this isn’t a new phenomenon, but it has definitely become much more prevalent. Jennifer Pilcher, MilitaryOneClick Chief Executive Officer and Founder, wrote a column in September and made a great point saying, “There seems to be a perception that the ‘older’ military spouses ‘suck it up’ and the younger ones ‘feel entitled.’ This can’t be further from the truth.’” As a member of the Millennial generation, I agree with her. While there may be some Millenials that have a “gimme, gimme” attitude, the same occurs with the “older military spouses” as well.

This isn’t to say that all military spouses feel a sense of entitlement to discounts, freebies or items offered by non-profits seeking to help military Families, but as the saying goes, a few bad apples tend to spoil the bunch, and those bad apples are whom I’m referring to. This entitlement behavior from a select few spouse expands and becomes a stereotype that, like it or not, begins to represent the entire group.

The complaints about non-profits are probably the most anger-worthy occurrences of spouse entitlement. These organizations exist solely to help people. While their methods and target audiences may vary, almost all those groups have that same goal. Most Families appreciate all the hard work and effort non-profits put into organizing holiday events for Families, but there are some that still find things to complain about, even during the holiday season. One example: holiday toy drives.

Plenty of organizations do these drives especially one of my favorite organizations, Operation Homefront. They partnered with Dollar Tree, Inc. to collect gifts purchased in their store to help supplement military Family holidays. The keyword in that sentence is supplement. Plenty of spouses took to social media to complain about the toys, saying they’re cheap, won’t last and that their kids deserve more.

Another example is Marshele Waddell, whose organization “Hope for the Home Front” hosts three-day conferences that support spouses who are married to a service member suffering from Post-Traumatic Stress Disorder or Traumatic Brain Injuries. She tells the following story on her website:

“’Your retreats aren’t free?! You mean I have to pay to attend?!’ The woman’s voice on the other end of the call was incredulous. She couldn’t get her head around the $40.00 cost of the three-day conference. ‘Why would I pay to come to your retreat when I can go elsewhere for free, transportation included?!’ Exasperated and apparently offended, she hung up the phone.”

I understand that $40 may be a lot to some Families, but to have the expectation that any organization should offer anything to you for free smacks of an entitlement attitude.

While neither of these two events were ones I witnessed first-hand, there was an incident over the summer at my husband’s duty station that showed me this attitude carries weight everywhere.

Better Opportunities for Single Soldiers is a Department of the Army organization in place to “enhance the morale and welfare of single Soldiers, increase retention and sustain combat readiness.” Often times, BOSS hosts leisure and recreational activities and community service to maintain and improve a single Soldier’s quality of life by getting them out and offering a chance to meet other people. Sometimes the events have a cost and other times they are totally free. For Soldiers who are a long way from home, new to a unit or don’t have a car, this is a great benefit offered by the Army.

The post’s BOSS program was hosting a free trip to nearby Hershey Park, a theme park in Hershey, PA and posted the information to their Facebook page. I was appalled at the comments from mothers of Families who were upset because the same free trip was not offered to Families. Some said they felt “penalized for taking on a family.” To me, they are missing the point of BOSS and are blinded by a sense of entitlement as if to say, “well, if they get it, why can’t I?” It’s as if they’re seeing a freebie and wondering why they can’t have it too.

I’d like to add that this post offers free sporting event tickets to everyone, Families or singles, frequently throughout the season. Families also have access to discounted tickets from the Directorate of Family Morale, Welfare and Recreation to all major theme parks on the East Coast like Six Flags, Busch Gardens, Hershey Park and even Disney World, not to mention aquariums, zoos and more.

It’s important to remember that no company or organization is obligated to do anything nice for military Families or anyone else out there. No one is required to offer discounts — most places do it based on kindness. It doesn’t help to get angry that a business offers a military discount and doesn’t extend it to the Family on holidays like Veteran’s Day. If Families don’t like the toys or have complaints about what discount is offered, then they can forgo those gifts and discounts and allow another Family to take them, but faulting the organization or business is bogus.

If you are offered the opportunity to receive freebies or discounts from an organization or business, be sure to thank them for offering it. If you attend an event offered by organizations like Operation Homefront, consider volunteering for them in the future as a way of giving back. If you don’t like what’s offered by these organizations, just move along. And please, don’t take free gifts you don’t need and then turn around and sell them. It threatens the support for those who do need it.

This is an attitude that we need to adjust. There will come a time when the wars wind down and with that, the support for the military may also dwindle. Discounts and freebies may become less frequent. It’s fine to ask if an establishment offers a discount or sells discount tickets. It’s not fine to get angry when a place says no or to demand one. It’s important to remember that patriotism is not defined by discounts and freebies. Sarah Peachey is a 20-something journalist from Pennsylvania, back in the Mid-Atlantic after voyages to the Deep South and Southwest. She lives with her husband, toddler, with another baby on the way. She began a career in journalism with The Fort Polk Guardian, an installation newspaper, winning three state awards for her work, and now freelances for military spouse support sites. She is an active blogger on MilitaryOneClick and her blog, “Stetsons, Spurs and Stilettos.” She has a passion for politics and fiery debates. She considers herself a bookworm, pianist, wine enthusiast and artist.