It’s Peachey Monday, Are Military Spouses Too Tough On Civilians?

by guest blogger, Sarah Peachey Are military spouses sometimes too tough on civilians? Author’s note: For all intents and purposes... 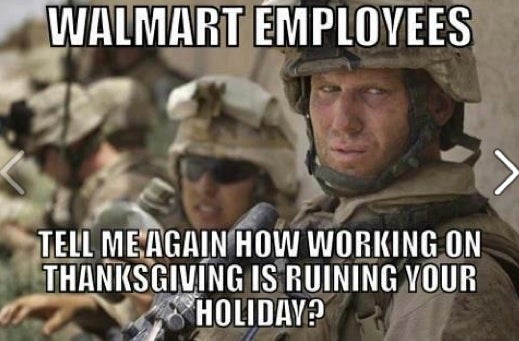 Are military spouses sometimes too tough on civilians?

Author’s note: For all intents and purposes of this story, the term civilian will mean someone who is not a service member, spouse or retiree.

Sometimes it’s difficult to truly understand things until you’ve experienced them firsthand. The same can be said for lifestyles — especially in the military. Until you’ve “walked a mile in someone else’s shoes” we don’t truly know what other people go through. While we interact more than ever with civilians, do they understand what we go through, or are military spouses too tough on them?

Here’s case and point number one and we’ve all either been there or heard stories about it. A civilian husband must go on frequent business trips both domestically and internationally. He leaves behind a wife who has trouble dealing with the loneliness and sadness of being separated from her spouse. She turns to a military spouse to discuss her feelings and says, “I have a better understanding of what you’ve been through.” How would you respond? The best answer would be telling her how you got through the loneliness and sadness by keeping busy and writing letters (or whatever your personal prescription was) and waving away her comparison. But often, spouses get defensive and say, “You can’t understand until you’ve gone through a deployment.” Is that the best way for spouses to connect to civilians? Their comparison may not be accurate, but we shouldn’t chastise them for suggesting it.

Military spouses, of all people, can’t fault a civilian spouse for missing her husband. Who understands loneliness better than us? I’ve always said that missing someone is relative to the lifestyle you lead. If you often spend time away from your spouse, you learn to adapt whenever you’re alone. If you rarely spend time apart, even a week can seem like an eternity. Our best bet is to be understanding and support those who can identify, even if it’s only in part, with what we military spouses go through.

I posed this question to some friends on Facebook to see what they thought and I got interesting responses. One friend said, “One of my best friend’s husband travels to China four times a year for one month stints. Their culture, food and business ethics are so different from ours, and the amount of knowledge needed just to survive there is incredible. Our TDY trips, which are comparable to business trips in the sense that they are shorter, don’t guarantee a cushy time in a great location.” The last part of her comment raised an even more interesting question. Within the military, are we sometimes quick to face-off with the who-has-it-worse game?

Another friend of mine raised a point that illustrates how military spouses can be tough on civilians. She said, “I think spouses suffer from snowflake syndrome a lot and think they are the special-est thing out there.” Do we sometimes try to raise awareness of what our service members go through, but come across too tough on how civilians think and feel?

Here’s some examples. Over the last month I’ve seen a lot of posts on Facebook comparing a service member’s deployment life to civilian life. I think we can all agree they are not comparable and are two very different experiences.

I’ll give you an example. It’s that time of year where fall college semesters are coming to an end and plenty of students are concerned about their grades and passing classes. I remember being there myself, bogged down with numerous term papers and final exams for tough classes. Finals week was always a stressful time.

Now, is that as stressful as fighting in combat? No, and I doubt you’ll find anyone who disagrees. Most people know that combat stress is not equivalent to exam stress — they know the difference. Should we be judging the college students whose present most important goal is earning a college degree? This is comparing two very different subjects, but I think everyone can agree that combat stress is always worse. So what about this one?  I think working major holidays like Thanksgiving, Christmas and Easter is one of the worst parts about some jobs. I once worked a job that required me to work every other holiday. I never liked it because I think everyone deserves to be with their families and not working on major holidays.

In this example, the Walmart employees probably weren’t hired knowing they would be required to work on. Service members know it’s part of their job to work on holidays and they often do so proudly, despite missing their families. Should military spouses come down so harshly on those Walmart employees?

Those two photos make me feel like some military spouses put pressure on civilians to not complain about things that bother them. We have to remember, our life experiences are not always the same as civilians. The issues that affect our service members are not very important to many civilians — instead, they have their own issues to deal with. Remember when I mentioned relativity and walking in someone else’s shoes? They go both ways.

My best friend of almost 20 years, Jenny, has no affiliation with the military whatsoever. When my husband was gone multiple times over the last six years, Jenny was always my support. I talked to her about everything. Often times, she would begin a question with, “This might be a stupid question, but …” If we take the time to explain things, civilians may remember it and carry the new knowledge with them. We only have to try.