Did you know that WWI may have created your Army unit?

By Shannon Collins, DoD News On April 6, 1917, President Woodrow Wilson, with the help of a Senate vote of... 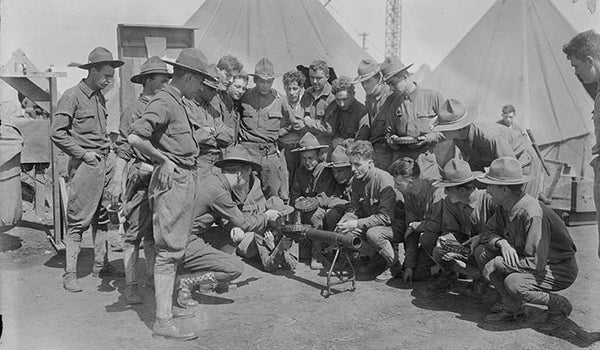 On April 6, 1917, President Woodrow Wilson, with the help of a Senate vote of 82 to 6, declared war against imperial Germany and the U.S. entered World War I.

During the centennial commemoration of our entry into World War I, the Army, which supplied more than 4 million of the 4.8 million Americans involved in the Great War, will host a variety of activities and events throughout the U.S. and overseas, culminating in the opening of the National World War I Memorial in Washington, D.C., in November 2018.

Charles R. Bowery Jr., the executive director of the U.S. Army Center of Military History, said World War I had an impact on those who have served in the Army since then. Here’s how: