“This is the most important story I’ve ever told,” ABC News chief global affairs correspondent and author, Martha Raddatz, told... 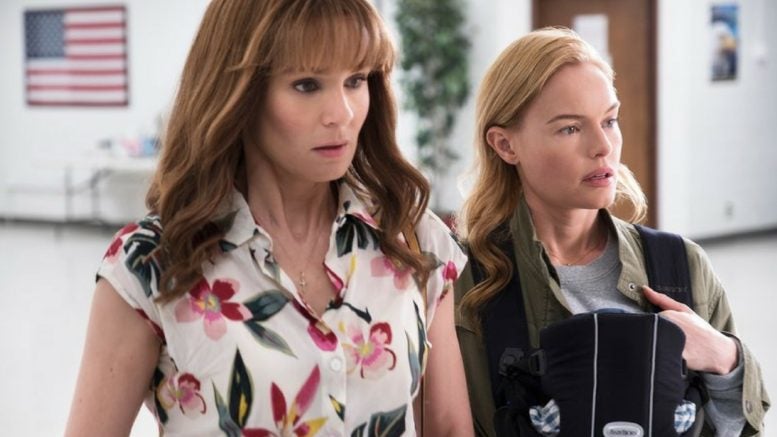 “This is the most important story I’ve ever told,” ABC News chief global affairs correspondent and author, Martha Raddatz, told the crowd at the Los Angeles premiere of National Geographic’s mini-series, The Long Road Home, based on Raddatz’s book of the same title.

As Raddatz’s voice cracked and the soldiers and Gold Star families portrayed in the series joined her on stage, there wasn’t a dry eye in the house, nor a soul in the audience that didn’t believe her.

Raddatz’s book recounts the events of “Black Sunday,” the April 4, 2004 ambush in Iraq, that left eight American soldiers dead and over 50 wounded. More than telling just another war story (which, for the record, she does remarkably well), Raddatz and NatGeo Producer Mikko Alanne paid painstaking attention to the oft forgotten side — the one that we as military spouses know all too well: the homefront.

The Long Road Home is a harrowing account of an unexpected, unprecedented firefight in Sadr City, Baghdad, during what was supposed to be a peacekeeping mission. The unit from Fort Hood was just four days into a year-long deployment; many of the soldiers had never even seen combat. In watching the series, you will feel your heart pounding just as hard as you imagine yourself stranded on that rooftop in Iraq, as you will at the overwhelming empathy you’ll face as you watch families receive The Knock, back in Texas.

Never before has a show that I’ve seen paid such intentional, humbling attention to getting both sides of the war correct.

I had the incredible opportunity to attend the Los Angeles, California premiere, and sit down with Raddatz, Alanne, several of the cast members from the show and two soldiers (Eric Bourquin and Aaron Fowler) that were in Sadr City on Black Sunday. We talked about the new series, which premiered November 7 on NatGeo TV.

Alanne shared, “When I first read Martha’s book, I fell in love with it. I read it in one sitting, and I just thought it was the most incredible thing I’d ever read. One of the things that struck me was how incredibly precious ordinary life is.” He continued, “I don’t know what I expected soldiers to be like, but meeting them always felt really unexpected. I remember when I first met Troy Denomy (one of the soldiers featured in the book) and his wife Gina, and Troy was just this incredibly sweet, warm guy, very cerebral, and what they mostly talked about was how difficult the separation was for them as a couple. I thought, ‘This is a side of soldiers we never get to see.’ And that was one guiding principle for the show.”

That side is certainly the side military spouses have lived, and both Raddatz and Alanne captured it spectacularly. The kids acting out in the days before deployment because they don’t want daddy to go. The seemingly dragged out and yet somehow rushed goodbye bid in a crowd of people, when all you want is to have that last moment alone. The quiet, difficult Sundays and even something as nuanced as the wife, smelling her husband’s t-shirt that she just pulled out of the dryer. The littlest of details don’t go unnoticed, which makes this series an incredible, difficult, beautiful tribute to the men lost that day in Iraq, and the families left to pick up the pieces.

But it’s more than just this one battle on that one day in Iraq. As Aaron Fowler, a soldier who was there and served as a technical advisor on the series, told me, “I think it’s really amazing the way Mikko (Alanne) and the rest of the production team were able to make this collage of very intimate personal moments that anybody can relate to, whether you’re a family member, whether you’re a civilian trapped between two warring parties in Iraq, whether you’re a soldier … you can step into someone else’s shoes and find something personal to identify with in the story. They have pieced together a very complete emotional experience using several different faces. You see that it’s the whole Army and military at war; it transcends units or nameplates and everyone who watches this can say, ‘Yeah, that’s what I did over there’ or ‘That’s what my wife went through’ or ‘That’s how my mother found out.’” As Alanne so aptly put it, “This is not an Iraq war story. This is an incredible human story.”

The families of the soldiers involved and the actors cast to depict them showcase that reverence and authenticity beautifully. Actor Jorge Diaz, who plays Spc Israel Garza (who perished on Black Sunday) explained, “I met many of the (Gold Star) Families at Fort Hood, and I was crying with them and laughing with them … it’s just very bittersweet. But I think there is a sense of healing underneath it all. I hope there is. The beauty of film is that the story lives forever — it’s a stamp in time. I’m blessed for the opportunity to be a part of something that lets these heroes live on.”

Watching the families at the premiere walk on stage with Raddatz to a standing ovation, I couldn’t help but feel that this series really, truly means something to them, and it should to us. These were our eight soldiers, our brothers, our heroes, our Americans. It’s a story that deserves to be told. I hope you’ll watch it.