This milspouse organization was honored by Facebook and Mark Zuckerberg

The first time Janet Sanchez saw the email from Facebook in her inbox she deleted it. “I thought it was... 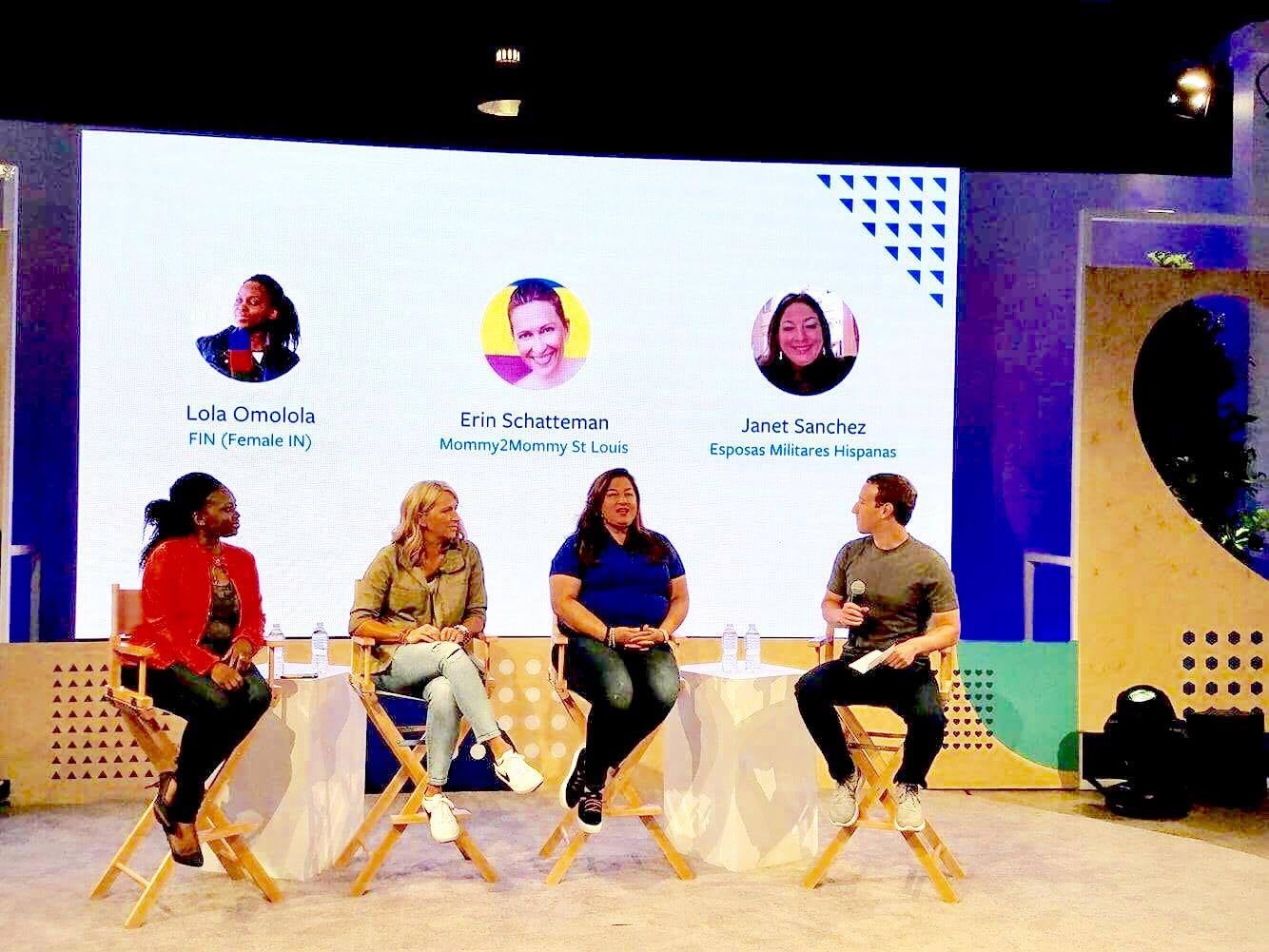 The first time Janet Sanchez saw the email from Facebook in her inbox she deleted it. “I thought it was spam,” said the Army spouse of 23 years. A few days later, the email appeared again. This time, Sanchez opened and replied. . . just to see what would happen. She wasn’t so sure that it really was from Facebook.

Soon, she was on conference call after conference call with different members of the Facebook team regarding her nonprofit, Esposas Militares Hispanas USA (EMHUSA), and their Facebook community. After going through a thorough vetting process, Sanchez learned that she and two members of her team were invited to the Facebook Community Summit, an exclusive gathering of only a few hundred influencers and social media leaders. Handpicked by founder, Mark Zuckerberg, EMHUSA was one of only 100 groups to make the cut out of more than 620 million.

Founded by Sanchez, EMHUSA is unique among the military community as it works to help Spanish-speaking military spouses who dealing language barriers. Facebook is the primary platform EMHUSA uses to engage their community.

Danisa Garcia, the group’s Navy Program Director and webmaster, and Lina Idelacruz, the Employment Coordinator, made up the other two members of the EMHUSA team for their foray to Chicago last week.  “I’ve worked with Janet for 10 years, but we never met in person. Meeting was amazing,” said Garcia, a volunteer with EMHUSA since 2007 and a Navy spouse of 13 years.

Then: Another surprise. Sanchez was invited to be one of three members of a top-secret panel for the conference.As a member of the panel discussion, Sanchez was whisked away to the conference’s undisclosed location to meet the other two panelists. To the speakers’ surprise, Mark Zuckerberg arrived as and introduced himself as the moderator. “We talked for awhile. . . he was very personal with us and it made us very comfortable. He’s very down-to-earth,” Sanchez said about her meeting with the social media tycoon.

For three days, the trio attended workshops, met with Facebook team members, and networked with other community leaders, both military-affiliated and civilian. It was an exhausting, yet exhilarating cycle of learning, growth, and work. An Army spouse of 10 years, Idelacruz emphasized that the conference was more than a giant party. They attended seminars and learned about Facebook’s new community innovations. “It was a lot of work. We have tons of notes, tons of ideas.”

The three plan to use their newly wrought connections with the Facebook team in order to help the military community at large. In fact, they already have talked to engineers about tools that could better help military families and are in communication about what that could look like. The EMHUSA team notes that they have an exciting announcement to make on July 4 for their Facebook community of 4,300.

Connections were not the only thing the trio walked away with over those days. During the conference, Sanchez’s son texted her: “Holy cow, Mom! You’re in the Dubai news!” Sanchez was stunned to see a picture of herself from the panel splashed on newspapers and websites around the world. And along with her picture, EMHUSA’s name was featured prominently. “It gave me the satisfaction that we are doing something great for our military families that nobody has done before. It’s not about me. It was about our organization,” she said.

“We are doing something meaningful in the community. And that part, no one is going to take it away,” reflected Sanchez.