Married to the Military: How We Make Our Relationship Work

With a concerned look in his eyes, my future brother-in-law asked, “Are you okay with this?” My fiancé had just... 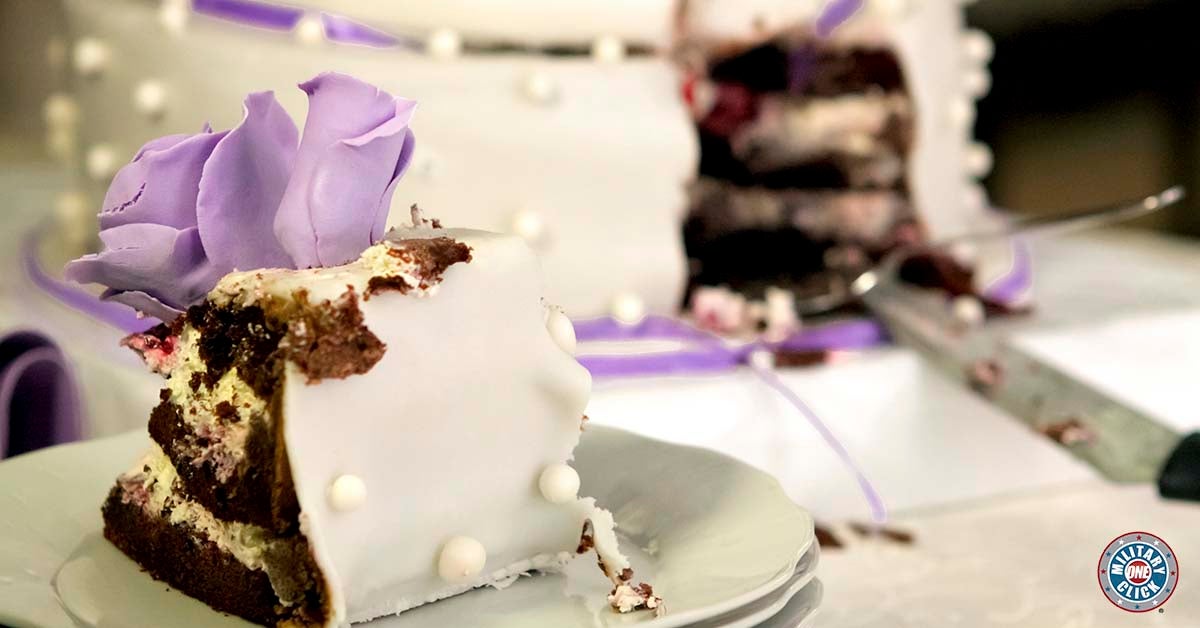 With a concerned look in his eyes, my future brother-in-law asked, “Are you okay with this?”

My fiancé had just come back from his first deployment, and would leave for his next one in a few months. My brother-in-law meant, was I okay with  military life—the deployments, the distance, the separation, and the cross country moves. I was being asked to accept a lot.

Then he added, “You know, the military should not come first in your marriage. It’s just a job. I always put my family first before my job.”

I stared at him, and held back tears. But I knew then that it wasn’t true.

And now, after 15 years of supporting him in his military career, I have the words to explain why: sacrificial love.

The military does come first in our marriage.

Our marriage doesn’t look the way we envisioned. We had planned to settle into a nice, quiet civilian life. Instead, in our 1st year of marriage, we decided he should remain in the military. We knew there would be challenges, but it was a choice we made together that would be good for our family. We are still here today because I have accepted a horrible truth about military marriages. It doesn’t matter whether you are in for 4 years or for a career: while you are in the military, it will come first in your marriage, But the military comes first.

This truth is hard to accept. It took me a few years, and a lot of anger, resentment, and frustration. But now, I am actually happy and satisfied as a military spouse.

How do you accept that the military comes first?

I gave up a lot when I married into the military—especially my job and living near my family. For a while I struggled and mourned that. I wanted to be valued. I didn’t like being asked to do trivial things (like locate missing uniform pieces), because it made me feel like a servant or secretary instead of a wife. Once, when I was particularly annoyed to run a trivial errand for him, I arrived at his office with the requested item, and found several other people waiting outside his door. When he saw me, his face lit up, and he called me to the front of the line.

[Tweet “When he saw me, his face lit up, and he called me to the front of the line.”]

I was a ray of sunshine in his hectic day. I realized that assisting him doesn’t make me worthless. It makes me more valuable to him than everyone in that office. I have the important role of supporting my husband in a way no one else will. If he is serving the military, then I am the servant of the servant. His service is sacrificial. I choose to love him every day, despite my sacrifices. That choice makes it easier to accept the challenges of military life.

It’s a tightrope walk for both of us, balancing our responsibilities and our love for each other. But we walk it together, holding hands, so whenever one of us leans out too far, the other one pulls them back. We were unbalanced when I worked full-time while caring for our first baby. Our life was stressful and unhappy.

Now I know how to balance my work with his. Sometimes he spends too much time at work, or asks too much from me. Sometimes I need to remember why his work is so important, or be reminded just how much he appreciates me. When we keep each other balanced, our marriage is stronger. Not every job will balance well with military life, so military spouses need to be creative and open-minded. Acknowledge the good in military life

There are days when it feels like the military is a parasite, sucking the joy out of life. But I can also see the ways it made our marriage deeper and better. We make sacrifices for each other, but each sacrifice helps both of us. Everything I do to take care of our house and family helps him to do better at work, which then helps our family.

Whether I work part-time, or spend time writing books and cooking healthy, I am contributing to the family and to his wellbeing. In the same way, every sacrifice he makes for the military helps protect us and provide for our family. There is no need to compare whose job is harder or who sacrifices more. My Marine serves the military first because he loves our family more.

Realize that you aren’t suffering alone

Military spouses aren’t the only ones supporting their husband or wife through a challenging job. My civilian friends also make sacrifices at work that temporarily take them away from their family: long hours, business trips, or moving. Getting out of the military wouldn’t magically fix that struggle. The important thing to remember is that those sacrifices are for the sake of the family. We all sacrifice for those we love. As long as the sacrifices are serving the family, then they are worthwhile.

[Tweet “My civilian friends also make sacrifices at work. We all sacrifice for those we love. #military”] So, what would I say to my brother in law, all these years later? Lizann Lightfoot is the Seasoned Spouse, a military wife of 9 years who has been with her husband since before Boot Camp—15 years ago! Together they have been through 6 different deployments and 4 different duty stations (including 1 overseas in Spain). Lizann spends her days at home wrangling their 4 young children, cooking somewhat healthy meals, writing about military life, and wondering where the family will end up next. She is the author of the book ‘Welcome to Rota,’ and of the Seasoned Spouse blog. Follow her on Twitter. Find military encouragement on her Facebook page. Find inspiration for care packages, deployments, and more on her Pinterest page.