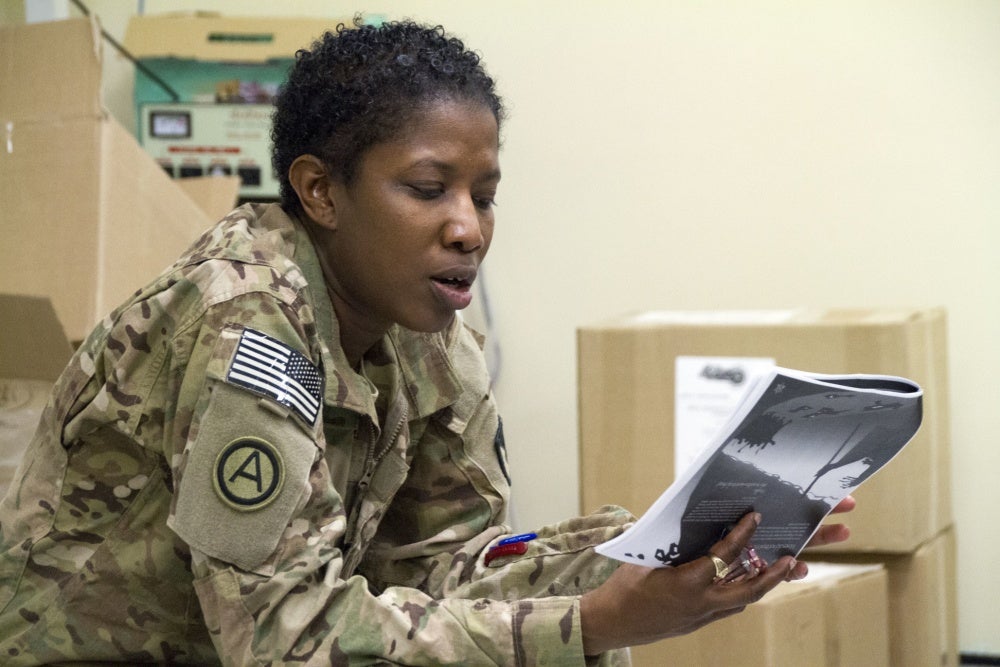 If you’re one of the many military families who thinks that the new health care bill, the American Health Care Act (AHCA), won’t affect you–because, you know, TRICARE– think again.

Just a few years ago, I might have thought the same thing. And then something changed.

My daughter–who I affectionately call “Juju”–was 15 when she was diagnosed with Cystic Fibrosis (CF). CF is a progressive genetic disease causing persistent lung infections and limiting the ability to breathe over time. She has a defective gene that causes an overproduction of mucus in her body which traps bacteria and clogs up her airways. Without her medications, she struggles to breathe as easily as you and I can.

It’s pretty rare for kids her age to be diagnosed that late in life, but she was born before hospitals in every state began screening newborns for CF. Most people with CF used to die by their 18th birthday, and even today the life expectancy of a patient with classic CF is just 37.

Thankfully, Juju has an “atypical” case of CF, and it’s not expected to shorten her life to that extreme; however, her life has changed drastically since she received her diagnosis.  She takes five different medications with her nebulizer at various times throughout the day (to the tune of about $4,500 a month).  During these treatments she has to wear a $10,000 special vest attached to a machine designed to shake her to break up the mucus in her chest. She regularly sees a lung doctor, a respiratory therapist, a nutritionist, a genetic counselor, and a social worker. That’s in addition to any outside procedures, hospitalizations, and trips to the ER.

All of this keeps my Juju alive.

While TRICARE can be a pain in the rear to deal with at times, I can’t even begin to tell you how grateful I am that we have insurance. We don’t have to pay the thousands of dollars for her medications each month, and we have no out-of-pocket cost for the special vest she was prescribed.

At the beginning of her diagnosis, I wasn’t thinking ahead.

I wasn’t thinking about the possibility that one day, she might not be able to afford to stay alive.

Either way, in the next three to five years, Juju will be faced with having to deal with the civilian health care system when she ages out of TRICARE. Depending on your own situation, you or your children may be faced with the same scenario.

Why the AHCA matters to military folks

Back in the day, people like Juju had a hard time getting health care coverage because diseases like CF were known as pre-existing conditions.  If you had to switch health insurance or were too old to be on your parent’s plans anymore, insurance companies could deny you access to coverage or charge you way more than the average healthy person would pay.

The current law–what you may know as Obamacare or the ACA–protects people like Juju because insurance companies aren’t permitted to deny health care coverage for anyone with a pre-existing condition. The law also states that insurance companies cannot jack up a person’s premiums simply because they have a pre-existing condition. They may only charge what a healthy person would pay.

The proposed AHCA that just passed the House of Representatives is going to send our health care system right back to the days when anyone with a pre-existing condition had to choose whether to pay their high insurance premiums or pay for living expenses. If the Senate doesn’t change this bill–or at least this part of it–I am terrified that my Juju will one day be faced with that choice.

Here are a few scenarios that she, and many of you, may be looking at if the AHCA makes it through the Senate in its current form:

Those members of the House of Representatives who worked tirelessly to pass the AHCA have said time and time again: It’s all about choice. They are giving the ability to choose back to the American people.

If this bill moves forward without the protections we have now–if there are no changes made to it–then my family, possibly your family, and the families of over 100 million people with pre-existing conditions like Juju’s will absolutely have a choice: We can choose to find a way to pay for all of their medical care and exorbitant insurance premiums. . . or they can choose to die.

I really wish that were just an exaggeration from a worried Mama Bear, but it’s not. Military families might all be protected under the TRICARE umbrella right now, but not all of our family members always will be.

My Juju’s situation is not unique and this is not an exaggeration. This is our reality, and it could be yours, too.

MJ Boice is a Staff Writer at the National Military Family Association and a Marine spouse.