Dear Fellow Military Family Members, I know that many of you are as outraged as I am about the violence in... 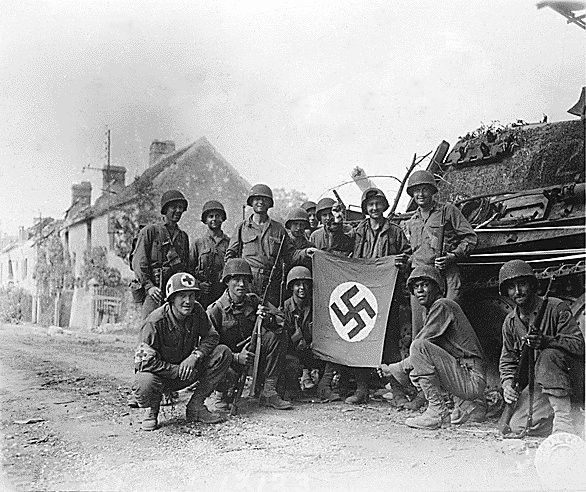 I know that many of you are as outraged as I am about the violence in Charlottesville, VA this past weekend. The images of armed white men waving Nazi flags and shouting “Heil Trump!” is not an easy image to forget. Indeed, it’s one we never should.

Sadly, there were veterans who participated in this disgusting display of hatred and bigotry. Former Marine, Dillon Hopper, has even been identified as a leader of Vanguard America – a neo-Nazi hate group. Additionally, several active duty military members have been identified as voicing their support for the violence on social media, as well as making vile statements about Heather Heyer, the woman who was murdered in a terrorist attack when a car was driven into a crowd of counter-protesters.

Traditionally, we aren’t a politically active community. We are often told not to rock the boat in case we reflect poorly on our servicemember. But Naomi Shulman was right when she said that “nice people made the best Nazis.” They were the ones who wanted to focus on happier things, who turned a blind eye, who didn’t want to “be political.” Well, in my mind, our community no longer has the choice about whether or not we can “be political.” Men like Dillon Hopper have forced our hands. It’s not enough to condemn the alt-right quietly to our friends over coffee or wine. We must publicly engage in this discussion, and it’s time to unequivocally choose a side.As a community, I know we don’t condone this depravity. But here’s the thing: If we don’t speak out against it – loudly and publicly – we allow men like Dillon Hopper to speak for us. There have been far too few public condemnations of the alt-right and white nationalists’ movements by the military community. And I get it, if your partner, or your daughter, or your brother wears a uniform, their political speech is lawfully curtailed. But yours isn’t. Mine isn’t.

If we don’t want the military community to be pigeonholed as sympathetic to the alt-right movement, we must act. And don’t think just because you’re a nice person and your friends are nice people, that we aren’t being painted this way. Every time Fox News or any other right-wing media co-opts our voices, we are painted this way. Every time men like Dillon Hopper identify themselves as Marines, we are painted this way. Every time “militias” don their fatigues and faux-military patches and march around with assault rifles, we are painted this way. And since we’re being real here, I truly don’t think any service member would be in danger of violating DOD Directive 1344.10 for saying “F— Nazis” in any format they choose. We fought a world war against those bastards, and tens of thousands of service members died in the attempt to exterminate their ideology. I’d say American service members vocalizing their contempt for Nazis is simply paying respect to the men and women on whose shoulders they stand.

But we don’t have to let them paint us this way.

Here are 6 things we can do to stop them:

The simple fact remains that there is no middle ground when we’re talking about literal Nazis waving swastikas and shouting “blood and soil” on the streets of Charlottesville, VA in 2017. We must condemn them. If we don’t, our silence implies consent.

So, if you haven’t already, identify yourself as a milspouse, or a milmom, or a milbrother, and speak out against violence and bigotry. Our voices are powerful, and raised together against hate they will make a difference.I understand how frightening it is to stand up against hatred. You may feel like you’re making yourself a target, or that you’re reflecting badly on your service member. I won’t sugarcoat it, the former may be true. But the latter is absurd, and it depresses me that we must consider, even for a moment, that speaking out against white supremacists may mean backlash for our service members at work. The implications of that truth are for another article.