Military Families to Receive Scholarships Thanks to Unique Partnership Between ThanksUSA and Be a Hero-Hire a Hero/The Judge Group PR... 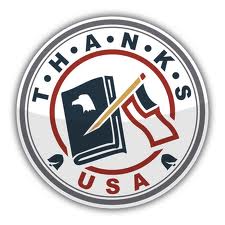 WASHINGTON, Dec. 21, 2012 /PRNewswire-USNewswire/ — ThanksUSA today announced that it is partnering with Be a Hero-Hire a Hero/The Judge Group, the nation’s premiere organization for veterans transitioning to civilian life, to provide ThanksUSA need-based scholarships to the children and spouses of America’s troops.  The partnership brings together career and educational opportunities for the first time to build and strengthen the next generation of American leaders from the ranks of veterans, active personnel and military families.

“Our veterans and troops deserve every career opportunity when they return home and through our career expos we are able to help them make the transition to the work force.  Adding an education component takes it to the next level,” said Jeff Klare, CEO and founder of Be a Hero-Hire a Hero.  “With the scholarship funding passion and knowledge ThanksUSA brings, our military families will establish the next tier of leadership in the U.S.”

The joint effort will culminate in the biggest career event for veterans and their families in U.S. history: On September 27, 2013 in Washington, D.C. ThanksUSA, along with the Veterans Aid Foundation, will host the Be a Hero-Hire a Hero/The Judge Group Veteran’s Career Expo that will also be linked digitally to U.S. military bases worldwide.  Up to 500 corporations are expected to participate and sponsor the event with a portion of the funds benefiting ThanksUSA.

“This partnership will strengthen our military’s lifeline to the workforce by offering them the educational tools they need as they and their families transition to civilian life and look to the future,” said ThanksUSA Executive Director Michele Stork.  “The Career Expo means that we will be able to thank dozens more military families for their sacrifice through the gift of education.”

ThanksUSA was launched in 2005 when two Virginia schoolgirls set out to recruit Americans to thank active-duty troops in all branches of the Armed Forces, including the Reserves and National Guard, for defending our freedoms.  Since its inception, the national, nonpartisan, nonprofit organization has awarded nearly $8.5 million in need-based two-year and four-year college and vocational education scholarships to 2,800 military families in all 50 states and the District of Columbia.

“We are thrilled at the prospect of serving up to 10,000 veterans at what will be the largest Veteran’s Career Expo ever conducted and the thousands more veterans around the world,” said Klare.  “The ThanksUSA scholarships will give them even more options as they transition to life here at home.”

Founded in the fall of 2005, ThanksUSA, a non-partisan 501(c) (3) organization, is an effort to thank the men and women of our armed forces and their families for their service to the country with the gift of education. The organization provides need-based, post-secondary education opportunities to the children and spouses of active-duty status military personnel through competitive scholarships. For more information, please visit www.ThanksUSA.org.

About Be a Hero-Hire a Hero

Be A Hero-Hire A Hero has been hosting successful Veteran’s Career Expos for eight years while creating hiring initiatives to show our appreciation for all the sacrifices our men and women serving in the military have made. Now it is our turn to give back! Veterans are in need of assistance as they transition back into civilian life, seeking employment and becoming productive members of the work-force. We are here to help.  For more information, visit us on the web at www.beahero-hireahero.com or call toll free (800) 238-5373.