Starbucks is releasing $625,000 in funding for non-profits across the country through an online competition. Among the organizations competing for... 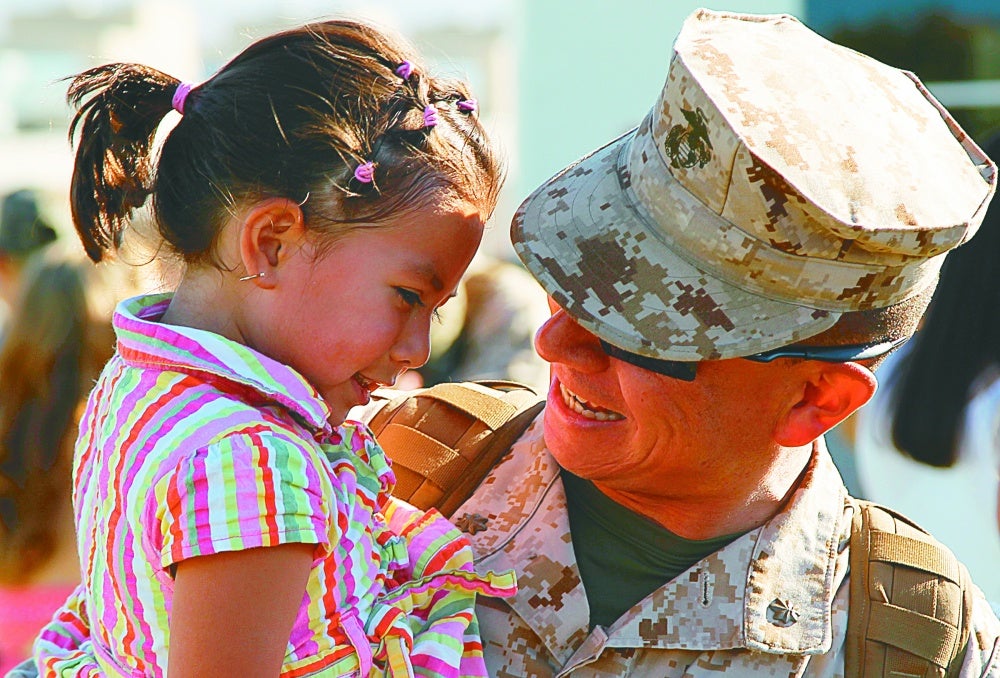 Starbucks is releasing $625,000 in funding for non-profits across the country through an online competition. Among the organizations competing for 25 grants of $25,000 from the Starbucks Foundation’s Upstanders Challenge are a healthy number of military non-profits. While any organization–military or not–can submit videos and participate, there is a strong showing from the military community.

Applicants will be narrowed down based on how much “buzz” each organization’s video creates. According to Starbucks, “‘Buzz’ is different from casting an individual vote; it’s a composite of points accumulated by calculating number of views, likes and shares from Indi and on social media platforms including Facebook, Twitter and Instagram.” A panel of judges will make the final selection for winners. Judging criteria will include the creativity of videos, the impact of the organization on the community, and organization’s story.

As of writing, Team RBW is the military organization garnering the most “buzz” with more than 40,000 likes. Their video describes their nationwide efforts to create create community among and give back to veterans.

Familiar organizations Blue Star Families and Hiring Our Heroes are also looking to capture some of Starbucks’ funding.  Hiring Our Heroes provides resources and support for military spouses and their careers. Blue Star Families’ Jacksonville chapter submitted a video demonstrating the localized effects their program has in the Floridian community.

Esposas Militares Hispanas USA (EMHUSA) has a submission in the running. In recent weeks, the organization has been working with military families affected by Hurricane Maria. “We became part of the challenge to help our military families in Puerto Rico that have lost some or everything,” Janet Sanchez, EMHUSA founder, says.

Two competing non-profits deal with therapy and guide dogs for veterans. The Warrior Canine Connection uses “mission-based trauma recovery” to help veterans adjust to life with PTSD, TBI, or a physical handicap. The organization teaches veterans how to train service dogs; those dogs are then also given to service members. Southeastern Guide Dogs’ video focuses on two groups of individuals who need guide dogs: The vision-impaired and veterans.

Jared Allen’s Homes for Wounded Veterans is in the running and hopes to use the grant to build or modify more homes for post-9/11 veterans. The organization has currently built eight homes and is working on eight more, currently.

Two celebrities– Elizabeth Dole and Matt Lauer– appear in the Elizabeth Dole Foundation’s video. The organization supports “hidden heroes”: Caregivers who support and take care of veterans who have been injured or sickened through their service.

No One Left Behind, an organization that advocates on behalf of Iraqi and Afghan interpreters and their families to bring them to the United States. Civilians who helped the US military in Iraq and Afghanistan often live in fear of reprisal from those in their community. No One Left Behind’s video features some of the pictures and stories of those who were able to immigrate to the United States.

Dan Nevins, a veteran who experienced two amputations and TBI in Iraq, is featured in a video for the Wounded Warrior Project. He tells his story–from injury to recovery– as he executes a series of yoga poses made all the more impressive by his adaptive practice.

In the field of education, Student Veterans of America advocates on behalf of veterans who enter higher education, usually by using their GI Bills. “We’re not in the business of producing lifetime members,” the video’s voice over says. “We produce graduates.”

Nonprofit organizations can upload videos to indi.com to participate in the Upstanders Challenge until October 31. More information about uploading and participating can be found here. The opportunity to create buzz for your favorite organization also ends on October 31.