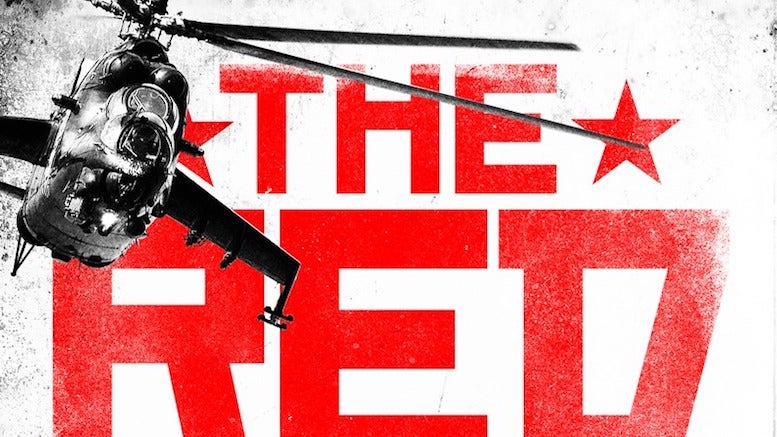 Penguin Random House, the world’s leading publisher, recently released my debut novel The Red Line, the story of a war between the United States and Russia set in the near future. My legendary editor also handles all of the Tom Clancy novels and a number of huge writers. The book is drawing rave reviews from the critics and has been already optioned to a major Hollywood producer who is turning it into an 11-episode television event.

Someone asked the other day how being in the military helped me write The Red Line. It seemed like a simple question until I began to ponder what being in the Army had done for me not only as a future author, but as a person.

Having served at United States European Command Headquarters at Patch Barracks in Stuttgart in the middle of the first Cold War was a tremendous aid in writing a story about a U.S.-Russia war. I got to see, hear about, and experience through war games and day-to-day activities just how such a struggle might present itself. There are scenes in the book that come directly from those experiences.

One thing that any man or woman who has served or is presently serving should never deny is being where we were/are gives us experiences others cannot even imagine. We see things others will never see. We live a life most could not comprehend. No one else in my high school class can say they were nearly bitten by a King Cobra or eaten by a Bengal tiger. None can say they were chosen to be one of those facing a potential Soviet attack in the first Cold War.

We are exposed to the wide world and all of its frailties. Being a soldier, airman, sailor, or marine can be a difficult existence filled with challenges for both us and our families. Our lives frequently are harsh and can even be cruel. But people who are challenged have the greatest opportunities to learn and grow. And that in its essence is what living is truly about. That’s certainly what happened to me. While on active duty I was able to take advantage of the opportunities provided to earn both my Bachelor’s Degree from the University of Maryland and Master’s Degree from Pepperdine University through their on-base education programs. It gave me the foundation, once my time with the Army was over, to attend and graduate from one of the country’s highest-rated law schools.

No matter how hard your days, no matter how difficult the obstacles you face, recognize through such trials you have the potential to rise above those who have chosen a far more ordinary life. Use what you see, use what you experience. Fight your way through the difficult times, seizing every opportunity given to you. If you do, you just might become a greater person than you ever realized you had the potential to be.

Let me finish by talking about The Red Line. Be aware this novel not just another techno-thriller. In fact, the readers who are least likely to enjoy this story are the hard-core techno-thriller fanatics looking for another glorified Army field or technical manual. We had specific ideas in mind in writing The Red Line. First, to provide an action-packed, edge of your seat tale with the potential to be enjoyed by an extremely broad group of readers, both women and men. And second to focus on the only thing that truly matters in any war, the people – the men and women of our military and their families. Writing a highly precise techno-thriller didn’t serve either goal. And in writing the novel we were determined to remain true to our vision no matter what we encountered in developing the story. Quite honestly, both the technology and tactics often got in the way in what we hoped would be a great read. We wanted the story to be relentless from beginning to end. We wanted the reader to race through the chapters without being slowed as they attempted to plow through page-after-page of mind-numbing descriptions of every button and switch.

Faced with such a reality, we reluctantly decided the only choice was to cut corners when necessary and on occasion even misstate what the results of a particular action would be. We wanted to simplify things for the average, non-military, reader. We wanted the novel to turn out exactly as it is. Naturally, doing so creates concerns about whether those who serve, both active duty and retired, would be distracted by the choices we made in manipulating the scenes. The potential exists that the decisions we made in writing the story will keep you from enjoying this highly entertaining World War III epic. We pray for the majority of you that is not the case. Our hope is you will be willing to suspend reality as you read and focus on letting the words take you into this growing nightmare. If you are able to do so, you just might find a gripping adventure about the abilities, ingenuity, determination, and bravery of those who serve in the world’s greatest military.