By Rebecca Alwine Less than a month ago, Marine Corps spouse Jinyoung Lee Englund announced her candidacy for the Washington... 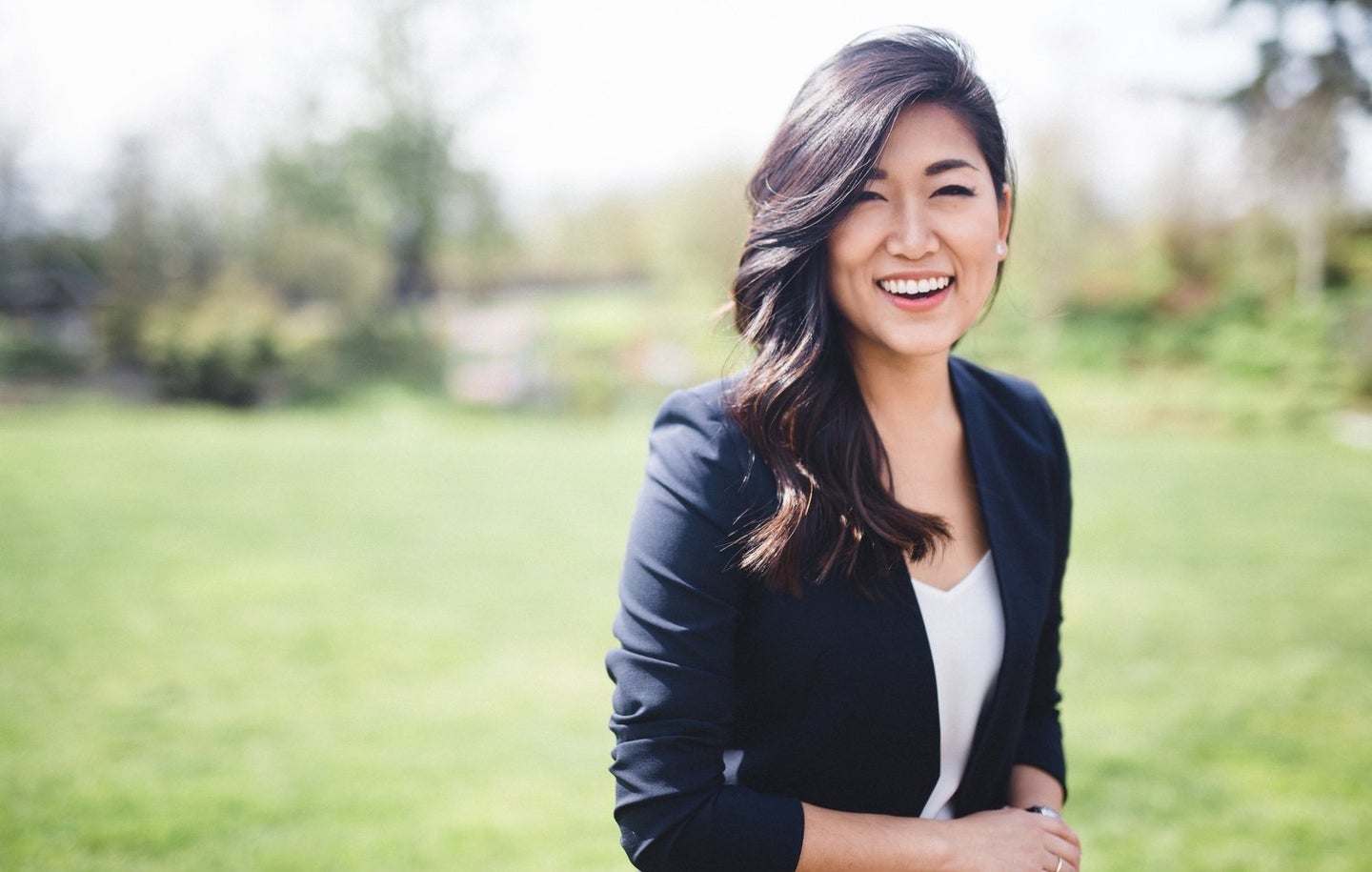 Less than a month ago, Marine Corps spouse Jinyoung Lee Englund announced her candidacy for the Washington State Senate. As the daughter of Korean immigrants and a second-generation military spouse, Englund brings unique perspectives to the campaign, along with over 10 years of experience in technology, nonprofits, and public policy for economic empowerment.

In the first 19 days of her campaign, $225,000 has been raised–almost twice what most state senate races cost. Englund is going big as she has done so many times before.

Englund did not grow up in a household where the main focus was American politics. After graduating from the University of Washington, Englund served with a nonprofit in Mozambique, where she realize her political tendencies ran  more conservative. In 2008, she returned to the state of Washington and volunteered for the King County GOP. “I was invited to interview to run a campaign in the most competitive Congressional district that year, and at the end of the election, we won,” she said in an interview with MilitaryOneClick. “Our office outperformed every other in the state.”

After that, Englund gained the attention of Republican Congresswoman Cathy McMorris Rodgers and was invited to join the Congresswoman’s leadership team in Washington, D.C. While in Washington, Englund worked together with her future sister-in-law at Congress and soon after met her husband, Geoff. Over the past 4 years, the couple has moved several times and ended up back in their home state of Washington.

Like so many military spouses, Englund cites the community as her favorite part of the military life. “We have been blessed with faithful and exceptional family and friends, but the military life is difficult to understand until you’ve actually lived it,” she said. “Our shared sacrifice and experiences bring us together as one, big American family.”

While running in this special election, Englund has realized that many constituents are not aware of the events surrounding the election. “I believe this election is about continuing Senator Andy Hill’s legacy of bipartisan leadership–something we need not only in our state, but at the national level,” she said. “Andy was known for respecting people regardless of agreeing with them and for his ability to truly listen while delivering results. This is the type of leader I am and the type of leadership I intend to bring to Olympia.”

With several military installations in Washington, there are veterans serving in elected positions. If elected, Englund believes she’ll be the only active duty military spouse in the state senate, as well as the first Korean American woman in both Washington and the United States. She encourages military spouses to look beyond local government and do three things when considering getting involved in politics:

Practicing what she preaches

Her passion to improve the economic empowerment of women, children, and people with developmental disabilities is strong. It led her to serve in Mozambique, fundraise for the Special Olympics, and support International Justice Mission.

As a co-founder of a local In-Gear Career chapter, Englund networks with other spouses looking to continue their careers despite the constant moving and demands the military places on their lives. Next week, Englund will join other military spouses in Washington, D.C at Homefront Rising, a non-partisan initiative geared towards training and encouraging military spouses to get involved in the political process. She’s spoken twice in the past, sharing what she learned and encouraging public service and advocacy among military spouses.

This year, she’s speaking as a candidate.