Military spouses open up about their struggles

Every day, Deborah Spratt has this same conversation with her four-year-old-daughter. “I’m sad,” her daughter, Victoria, will say. “Why are... 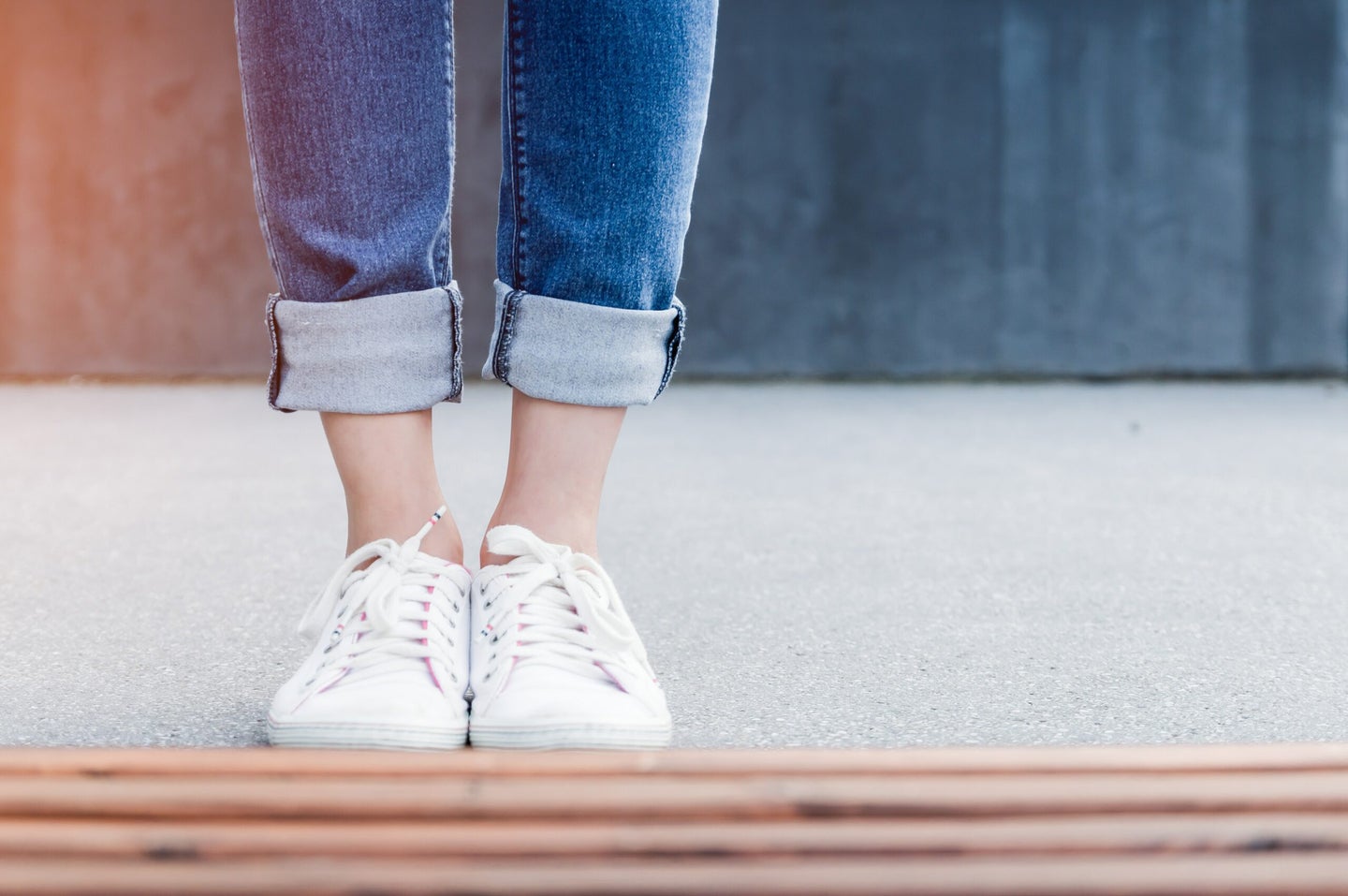 Every day, Deborah Spratt has this same conversation with her four-year-old-daughter.

“Why are you sad?” Spratt asks.

“Because I miss daddy,” her daughter responds.

Spratt’s husband, Sgt. 1st Class Terry Spratt, is deployed in Europe right now and he will be until June. This isn’t the first time in the 12 years they’ve been married that he’s been deployed overseas. He’s been overseas three times. This is fewer than most people who’ve been in the Army for a long period of time.

With Army life comes many great difficulties — and not only for the soldiers.

Their families have their own battles to fight, whether their soldiers are home or not. Spratt, Shayna Horne and Rebecca Estrella are all military wives with husbands stationed at Fort Riley. All have endured deployments and two of their husbands — Spratt’s and Estrella’s — are deployed right now.

Being part of a military family means operating as a single parent a lot of the time — whenever a spouse is deployed. It means learning to parent children alone, to do all the household work and repairs a spouse might otherwise be responsible for.

It was worse, for some, back when the Army had yearlong deployments. Now they’re only nine months at a time, making it slightly easier on both soldiers and their families.

Surviving military life means leaning on neighbors and friends within the community — people who know exactly what it’s like to be Army spouses — for support when needed.

Spratt organizes a coffee group for spouses which meets Tuesday mornings at The House Cafe in Ogden. This allows spouses who are dealing with deployments a chance to escape the confines of their homes for an hour or so each week to relax and, if needed, vent.

“It’s unbelievable how everybody comes together and helps out everybody else,” she said.

There’s definitely a need for groups such as this, in military communities — things to help people make friends quickly.

Spratt has moved about seven times, an anxiety-inducing experience not least because often their possessions are damaged in the process. Moving also means leaving behind friends and a community they may have come to love.

They may enjoy making new friends — Spratt does and said she’s made some of the best friends of her lifetime through the military — but it isn’t often easy to say goodbye.

Spratt recalls the first time her husband deployed, leaving her at home. A native Floridian, she was in Alaska at the time. Among the things she had to learn to cope with on her own was dealing with the weather. However, even there she managed to be positive, taking the opportunity to do things she wouldn’t otherwise have a chance to, such as boat tours along the glaciers, fishing for salmon, and sightseeing. To keep her mind off her husband who was in Iraq at the time, she entered a beauty pageant, where she won Miss Congeniality.

“For the first few months, you are transitioning to this new lifestyle of doing everything on your own,” Spratt said.

Eventually, however, she found herself falling into a routine — doing things on autopilot until their spouse returns.

These days, she’s a veteran at the whole coping thing, but it never becomes easy.

“There’s so much I’ve learned. I’ve learned that when my husband is gone, it’s like falling in love all over again,” Spratt said. “Our feelings for each other grow stronger with every deployment … I’ve told him that by the time he comes home this house might be a shrine to him because I keep putting photos up of him — and now we have like 60 photos on the refrigerator.”

This is why spouse support groups are so important.

“Everybody copes differently,” Spratt said. “For me it was just going out a lot, doing a lot of activities, having a lot of family visiting me as much as possible — just staying busy.”

Now she has four children, so she keeps busy with them.

Children don’t have the same ability to cope as their parents do, so they require extra attention during deployments.

Spouses help their children through times of separation in many different ways. Spratt keeps her children occupied by doing everything a bit bigger when her husband’s deployed — birthdays, Christmas, any celebration for her children is just a bit moreso during deployments.

Keeping a positive mindset around the children also helps.

“You have to set the tone for everyone else,” she said.

Estrella’s husband, 1st Sgt. Sergio Estrella, was shot during his first deployment, when she was only 17 years old. He fought on Black Sunday — April 4, 2004 — during the Siege of Sadr City. During the fighting, he was shot in the side. The bullet went in through his side and exited through his chest.

He received a Purple Heart for his injury during the battle, along with other commendations. After his recovery, her husband went right back into Army life.

He’s not the only one who bears scars from the battle — Estrella can’t bring herself to watch the documentary series “the Long Road Home,” which deals with the battle her husband fought in.

“There’s a lot of press around it and it’s been bringing up feelings. During that time I think I was just in survival mode, I don’t remember a lot of things that I did or that I said because I was still in high school,” she said. “I was just a robot.”

She spent a lot of time crying.

Estrella does recall the Red Cross provided her and her husband a great deal of help during his recovery. Red Cross officials paid for her to travel to see him when he was recovering in Walter Reed National Military Medical Center in Bethesda, Maryland and arranged for her to stay at the Fisher House.

But she and her husband pulled through it. She has tried to keep furthering her education — Estrella’s currently enrolled in a doctoral program at the University of Phoenix.

Her full time job keeps her busy — she works for the Red Cross. This both allows her to occupy her mind when her husband’s deployed and give back to her community and the people who helped her through a difficult time in her life.

Currently, she’s working full time while her husband is deployed in Germany. Estrella copes with him being away by taking advantage of the free activities MWR and other organizations provide and spending a lot of time at home with her family.

Despite all she’s been through, Estrella has no residual anxiety while her husband’s deployed.

She pulls through deployments the same as most military spouses, by keeping a to-do list for herself and her children and leaning on others in her community for support as needed.

“I have an amazing support system with my neighbors and my fellow Army spouses here and we depend and rely on each other,” Estrella said.

A Battlefield at Home

Horne’s husband is currently in the process of transitioning from the military for medical reasons, but she recalls his five deployments well. Her husband, Staff Sgt. Steven Horne, missed pivotal moments in her and her children’s lives due to being overseas. This includes holidays and births. Horne’s husband was deployed during her first pregnancy. Though he was able to return home right after the birth of their son and the couple used FaceTime to communicate, this wasn’t an easy period in their lives.

Her husband was deployed during a series of nasty snowstorms in 2012, where Horne had to deal with all the things he normally would have done, including shovel large amounts of snow off the walks, while also doing her usual routine within the home.

“It never gets any easier and to be honest you end up getting into these routines … you just figure out how to do things on your own without your husband and when they finally do get back home … it’s hard, it’s hard to reintegrate whenever you get back home after being gone so long.”

It causes tension in marriages, sometimes, which is difficult for everyone involved — both spouses and soldiers. Flexibility helps.

“A lot of husbands want to come home and take over and it’s not that easy,” Horne said. “The ones that end up making it are the ones that step back and say, ‘okay, you tell me how I can be a part and how I can bring myself into the family life again.’”

It can be hard on the children, as well, when a parent is gone and then suddenly returns only to end up gone again.

It’s also confusing, Horne said, when a child only knows what their parent looks like on a FaceTime video or something similar.

Deployments can mean being depressed and crying a lot, preferably not in front of the children. Keeping a journal and writing letters proved valuable coping mechanisms for her.

“Each time that your husband comes back, he’s a lot of times not the man that you married and somebody that you have to learn to re-love the new man that’s coming home,” Horne said. “That’s another hard thing for a lot of wives. They think that when they leave that they’re gonna come back the same and depending on the individual and what they go through and what they have to do, they don’t always come back the same and you have to learn to be accepting.”

If a family pulls through these hard times, however, Horne said she feels it can benefit them.

“You become a lot stronger for it as a wife and as an individual but I think it also makes you a stronger family if you get through it all,” she said. “A lot of families don’t make it because they don’t really take the time to figure out how to make it work.”

The families of soldiers who are in the Army for the long haul have to learn to fight their way through it.

Military families go through more than anyone realizes, Horne said, but some things can make it worth the struggles.

And no matter what happens, she’ll make sure her husband is taken care of.

“My husband got into this because he loves his country and I married him because I love my country and I love him,” she said. “I love what he fights for.”