Military survivor org: ‘No one way’ for president to give condolences

As a controversy rages over a decision by President Donald Trump to write condolence letters to families of recently fallen troops and... 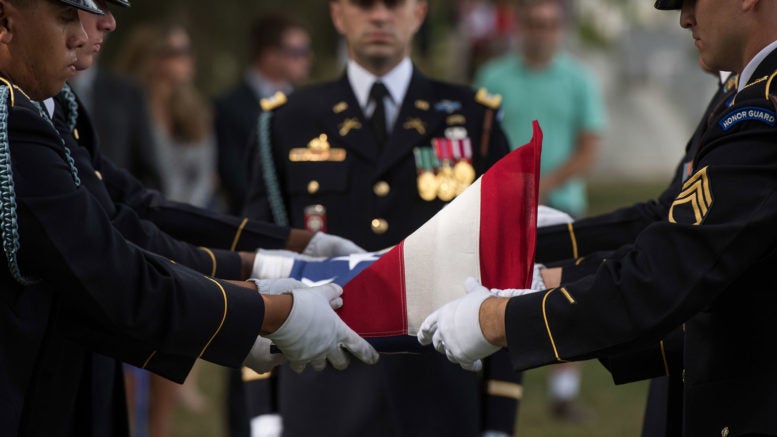 As a controversy rages over a decision by President Donald Trump to write condolence letters to families of recently fallen troops and his claims that past presidents “did not call,” a top military survivor organization issued a statement saying that one way is not better than another — as long as acknowledgment happens.

“While there is no one way to acknowledge the death, what is important for the family is that the president acknowledges the life and service of their loved one, and expresses gratitude on behalf of the nation,” said Bonnie Carroll, president and founder of Tragedy Assistance Program for Survivors (TAPS).

TAPS, which Carroll founded after her husband, Brig. Gen. Tom Carroll, was killed in a military aircraft crash in Alaska, advocates for survivor issues with the Defense Department and the Department of Veterans Affairs.

The organization is non-partisan and has regularly participated in White House events under presidents from both political parties.

In her statement, Carroll noted that presidents across generations have acknowledged military deaths in a variety of ways, including the famous letter sent from President Abraham Lincoln to Mrs. Lydia Bixby, a widow whose five sons had been killed in battle.

“Presidents have historically acknowledged these deaths in a variety of ways, ranging from a personal letter to a phone call to a visit at Dover AFB or attendance at a memorial service,” Carroll said.