MilitaryOneClick and Influence Central team up to connect companies and large brand opportunities with the military community around the world. 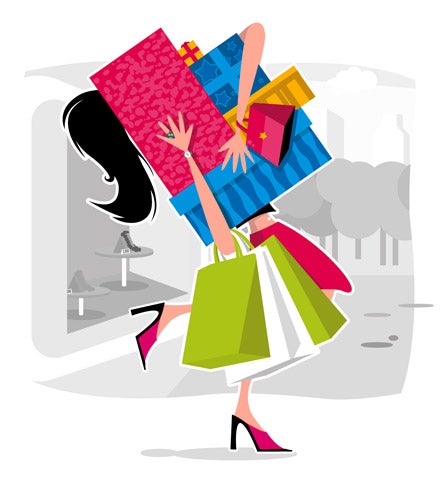 MilitaryOneClick and Influence Central team up to connect companies and large brand opportunities with the military community around the world.

MilitaryOneClick and Influence Central team up to connect companies and large brand opportunities with the military community around the world. Jennifer Pilcher, Founder & CEO of MilitaryOneClick and Stacy DeBroff, Founder & CEO of Influence Central met over 3 years ago at the Inc. Magazine 500/5000 awards conference where DeBroff received an award for fastest-growing privately owned company. Since then, the two companies have worked towards this partnership with creating the first ever “Military Consumer Research Survey.”

According to DeBroff, “Influence Central has long known that Moms direct their families’ purchasing decisions, but we’ve now gained new perspective into this powerful American consumer group – learning what resonates with military families and what most influences their consumer choices and brand affinities. To further illuminate the emerging strength of the military consumer, we teamed up with MilitaryOneClick to connect military families with brands, and we’re excited to have a strong group of military influencers eager to engage with brands in social media campaigns.”

About Influence Central
Through specialty divisions that include Mom Central Consulting, Millennial Central, Dad Central Consulting, and Mom Central Canada, Influence Central delivers cutting-edge social media and digital campaigns that create powerful, meaningful results for more than 200 national brands annually. Influence Central reaches brand advocates in sectors that include Moms, Millennials, Women, Dads, Canadian Moms/Women, Empty-Nesters, and Military Families, as well as influencers with a specialty content focus such as food, fashion, beauty, fitness, and travel. Headquartered in Boston, with offices in Chicago, New York, and Toronto, Canada, the company has been named to the Inc. 500|5000 list of the nation’s fastest-growing privately held companies for the past three years.

About MilitaryOneClick:
MilitaryOneClick founded and led by Jennifer Pilcher, one of the nation’s foremost experts on military families, is a premier online resource for active duty military, reservists, veterans, and their families. A military marketing consultant and military spouse herself, Pilcher and MilitaryOneClick work with clients that include Amazon, MetLife, GM, La Quinta Inns & Suites, Sittercity, Sprint, and US Chamber of Commerce. MilitaryOneClick connects directly with their community daily through milspousefest.wpengine.com, social media, blogs, e-newsletter and boots on the ground events, reaching over 2 million people a month.