"We want to extend our congratulations to Captain Griest, Lieutenant Haver and all of their fellow Ranger graduates. These incredible men and women prove that when fusing a dream with hard work and determination, anything is possible," said Jennifer Pilcher, founder and Chief Executive Officer of MilitaryOneClick. 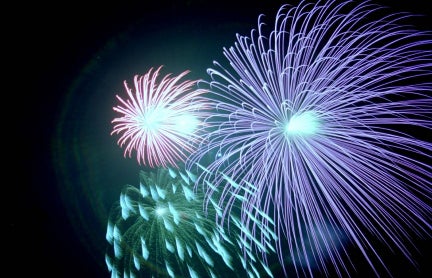 After more than 120 days of extreme training at the famously elite Army Ranger School in Fort Benning, Ga., 96 Soldiers completed the training necessary to earn the coveted Ranger Tab. They are set to graduate on Aug. 21. MilSpouseFest would like to extend its congratulations to all of these warriors. The course began with 381 male Soldiers and 19 female Soldiers.

Among the graduating class are two female Soldiers, the first to ever attend and graduate from the Army Ranger School. Capt. Kristen Griest is a military police officer from Orange, Conn., and First Lt. Shaye Haver is an Apache helicopter pilot from Copperas Cove, Texas. Both graduated and received their commissions from the U.S. Military Academy at West Point. While these two Soldiers won’t be sent to a Ranger battalion, they are authorized to wear their Ranger Tab.

“We want to extend our congratulations to Captain Griest, Lieutenant Haver and all of their fellow Ranger graduates. These incredible men and women prove that when fusing a dream with hard work and determination, anything is possible,” said Jennifer Pilcher, founder and Chief Executive Officer of MilitaryOneClick.

The path to gain a Ranger Tab is no easy feat. The training begins with a four-day assessment period with a variety of requirements: fitness tests, land navigation, water survival tests, demolitions training, a 12-mile road march in full combat gear and more. About 60% of candidates fail this portion. Eight of the 20 female candidates failed at this point, according to Stripes.

The first phase of Ranger training is known as Crawl (Darby) Phase. It lasts 20 days and is designed to “assess and develop the necessary physical and mental skills to complete combat missions and the remainder of Ranger School successfully,” according to military.com. All eight remaining female Soldiers failed twice at this point, but were offered the chance to recycle. Griest, Haver and a third female Soldier still completing training were given a “Day 1 recycle,” an option provided to both men and women who excel at some parts of Ranger School, but fall short in improvable areas.

The next phase of training, the Walk (Mountain) Phase, moves the Ranger candidates to the mountains of Georgia for training that is focused on mountaineering, mobility and other tasks that would allow for continuous operations in that environment. This lasts 21 days. Griest and Haver excelled in this phase.

The final Run (Swamp) Phase is the true Ranger test. “This is accomplished through exercises in extended platoon-level patrol operations in a swamp environment. Run Phase training further develops [the Soldier’s] ability to lead small units on airborne, air assault, small boat, ship-to-shore and dismounted combat patrol operations in a low intensity combat environment against a well-trained, sophisticated enemy,” according to Military.com.

All training, when completed on the first try, takes about two months. Griest, Haver and some male candidates took four months.

The women were a part of an Army “test case” that began April 20 to see whether or not women can or should be integrated into all combat elements of the service. The process was intended to determine whether or not female Soldiers could pass the course.

All participating female Soldiers were required to meet specific grooming and hygiene standards in addition to Soldier standards, placing them on a more level field with their male counterparts. Female Soldiers were required to cut their hair to within an inch of the scalp. They were also issued a Female Urinary Diversion Device or FUDD to allow for discreet urination while standing, with minimal undressing, according to the Army Times.

A second “test case” is set to begin in October.

For more on the recent female Rangers, click here. Sarah Peachey is a 20-something journalist from Pennsylvania, back in the Mid-Atlantic after voyages to the Deep South and Southwest. She lives with her husband, toddler and newborn. She began a career in journalism with The Fort Polk Guardian, an installation newspaper, winning three state awards for her work, and she now freelances for military spouse support sites and consults for MilSpouseFest. She has a passion for politics and fiery debate. She considers herself a bookworm, pianist, wine enthusiast and crossword addict.