MilitaryOneClick Founder, Jennifer Pilcher and her husband of 15 years, active duty Navy pilot CDR Pilcher, were invited by The... 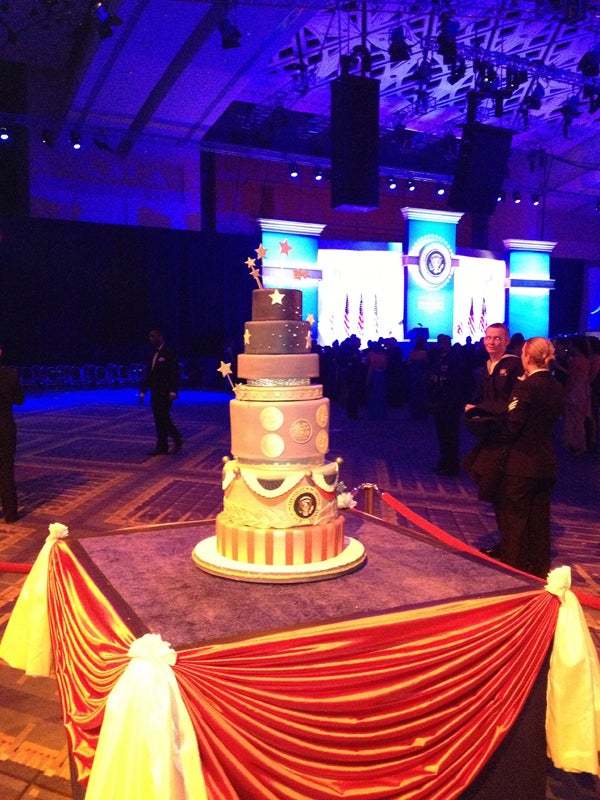 The Commander-In-Chief Ball was one of the hottest tickets in DC for the 57th Presidential Inauguration events. Jennifer Pilcher, military spouse and Founder of MilitaryOneClick received an invitation courtesy of The White House to celebrate among thousands for the 2nd term election of President and Commander-In-Chief, Barack Obama. After receiving the invitation for two, Pilcher joked, “even though my husband is the one in the military for over 16 years, I was so excited to invite him to the ball as ‘my’ guest.” Celebrating the military family was the theme of the night. Surrounded by thousands of active duty, reserve, veteran, wounded warrior, gold star family members, spouses and dates, this was one big party to thank everyone who serves, including the families. Pilcher also commented, “as we were walking out of the DC metro to the convention center, along with hundreds of military members in their dress uniform escorting their dates in ball gowns, so many people leaving the inauguration parade stopped and clapped before they got on the metro; it was an exciting and patriotic night from start to finish.”

The star studded event kicked off with the traditional Posting the Colors and then as the lights dimmed, Brad Paisley appeared on stage to a roar of applause. Alicia Keys also made a guest appearance and played “Girl on Fire”, which she altered to sing, “Obama’s on Fire.” As President Obama emerged on stage he began with saying, ” Let me begin by just saying you all dress up pretty nice. I hope everybody is having a wonderful time. Now, those of you who are in uniform, you look outstanding. Your dates do look better, though. I just want to point this out.” President Obama also welcomed a group of soldiers from 3rd Infantry Division and Regional Command-South, who were on a jumbo tron, live from Kandahar. The crowd erupted in applause for their fellow military brothers and sisters serving abroad.
President Obama also acknowledging all the military families in the room with stating, ” And I want you to know that when I was standing on the steps of the Capitol today, looking out over close to a million people, the single-biggest cheer that I always get — and today was no different at my Inauguration — was when I spoke about the extraordinary men and women in uniform that preserve our freedom and keep our country strong. So know that every single day we are thinking of you.”
Last but not least, the President announced he brought his ‘better half’ with him tonight, his wife, Michelle Obama, who received a thundering applause. Then Obama himself joked, ” I said today at the lunch over at the Congress that some may dispute the quality of our President, but nobody disputes the quality of our First Lady. Ladies and gentlemen, my better half and my dance partner, Michelle Obama. ” Mrs. Obama looked stunning in a ruby colored velvet and chiffon custom Jason Wu gown. As they started their first dance, Jennifer Hudson arrived on stage to perform Al Green’s “Let’s Stay Together.”

Halfway through the dance, President and Mrs. Obama invited two special military members to join them on stage for the traditional dance. The evening continued with music and celebration and even though it was a chilly night in DC, this definitely proved to be the hottest ticket in town.

For more information and photos of the evening please visit: milspousefest.wpengine.com/photo-gallery/

MilitaryOneClick’s mission is to provide a community where military families and friends of the military can find valuable military-related information, opportunities, news, entertainment, free of charge with no login or password required.