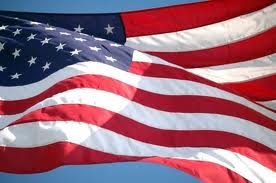 MilitaryOneClick Teams Up for Suicide Prevention

MilitaryOneClick teams up with organizations and bloggers to share resources and information for suicide prevention. September is suicide prevention month and MilitaryOneClick has launched their Health and Wellness section, which includes military and non-military resources for anyone who has thoughts or concerns of suicide. MilitaryOneClick blogger, Sarah Peachey, has done extensive research about the staggering statistics of suicide in the military. Peachey mentions in her blog, “according to thinkprogress.org, Pentagon statistics showed that, “an average of one military suicide occurred each day in the first six months of 2012.” It is the highest rate for the military in 10 years. In July of this year, the Army hit its highest suicide rates, with more than one per day and a total of 38 suicides that month, according to USA Today. The Associated Press showed “suicide outweighed combat deaths by a two-to-one ratio.” Peachey’s blog also highlights great resources that are available to help both the military member and their family. http://www.milspousefest.wpengine.com/suicide-prevention-and-awareness-month-seeking-help-for-those-close-to-you-2/

One of these go – to resources is MilitaryOneClick. According to MilitaryOneClick Founder and military spouse, Jennifer Pilcher, “While September shines a light on the topic of suicide, it is imperative that suicide prevention remains a top priority every day of every month. MilitaryOneClick is a free no login, no password website, where military members, their families and friends can access help and resources in the privacy of their own home 24/7, 365 days a year.” http://www.milspousefest.wpengine.com/health/

MilitaryOneClick is a proud partner of the Real Warriors Campaign, which is a program developed through the Defense Center of Excellence to provide tools and resources specifically for service members, veterans, members of the National Guard, reserves and military families. They feature new video Public Service Announcements and articles that can help both the person with suicidal thoughts and the family members who are concerned about a loved one with suicidal symptoms. http://www.realwarriors.net

MilitaryOneClick along with many non-profits organizations and the Department of Defense are working hard to prevent suicide in the military. MilitaryOneClicks mission is not complete until everyone knows that help, resources and compassion are only one click away.