How to really make a difference for milspouse employment

By Sarah Peachey Author’s note: In July, MilitaryOneClick shared Jeremy Hilton’s article, “Why Military Spouses Can’t Have It All,” which... 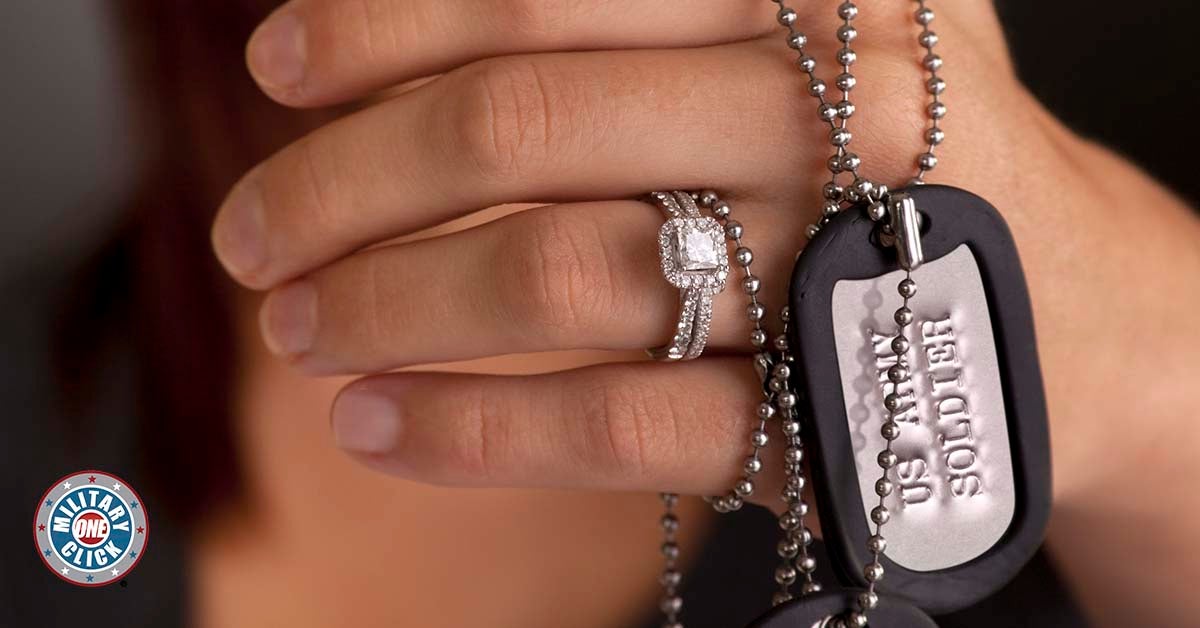 Author’s note: In July, MilitaryOneClick shared Jeremy Hilton’s article, “Why Military Spouses Can’t Have It All,” which detailed what makes military spouse employment so difficult. You can read it here. Most military spouses can say how hard it is to find employment. The average military spouse seeks new employment every one to three years based on the service member’s orders. We move frequently, often only working for a few years in one location (if we’re lucky) before packing up and moving somewhere else. Many of us are forced to make decisions between working and budgeting for child care costs or forgoing it all because it’s more economical. We know these issues because we’ve faced them ourselves. We have identified the problems, but how can we fix it? MilitaryOneClick asked around and received a variety of answers that truly could change spouse employment for the better and for good.

Dear military, try to consider our needs, too

Frequent moves are probably at the root of the problem for why spouses have issues finding or maintaining employment. “Longer assignment times would help alleviate some issues. Most employers are hesitant in hiring military spouses because they know we are only in a place for a short amount of time. Even though this is illegal in hiring someone, it does exist,” said Jennifer Leigh Matak.

This is probably too much to ask since the needs of the military almost always come first, but it’s something to keep in mind if the service member has an option to stay. Families would need to make this decision together.

Streamline the license and certification transfers

License and certification transfers are tough. While some spouses are lucky enough to find government positions with the Veterans Administration or a local military treatment facility, that isn’t always an option. Many spouses are forced to transfer their licenses and certifications in hopes of finding a position in the community. It can be expensive and take months to get approval. This affects many different career paths from health care to real estate.

[Tweet “Many spouses are forced to transfer their licenses and certifications in hopes of finding a position in the community.”]

One spouse, Lindsey Griffin Furr, shared her story of transferring her LPN license from California to Washington. “I started transferring my LPN in March and have spent close to $400 and am still waiting on approval even though my license and background are clean,” she said. Her process has taken four months and is still not over. “The process has to start months in advance of the transfer and eats into already tight budgets.”

“I was able to continue work with our first two military transitions, but unable to work during our shifts to Georgia and Tennessee. This was due to our limited time in both areas. I didn’t have the time it takes to apply or receive my license, find a position, establish clientele or earn enough to finance the new license. I’m currently in Hawaii and it took me eight months, multiple in-person meetings, numerous faxes and copies of transcripts and of my license requirements from my two out of state licenses, and hours and hours of phone calls. . . until my license was processed,” said Jennifer Hanley.

With more than 35-percent of military spouses working in an occupation that requires a license, something had to be done. In 2011, First Lady Michelle Obama and Dr. Jill Biden called for governors in all 50 states to take action to streamline licensing for those in the military community as part of the Joining Forces initiative. According to the White House, as of July 2016, all 50 states have taken action in support of the initiative. To find out what is needed for your next state, visit USA4MilitaryFamilies.

[Tweet “As of July 2016, all 50 states are working to streamline licensing for #milspouses.”]

More streamlining is needed, primarily for those who must take exams or have classroom time to maintain their licenses. That is still a focus of Joining Forces.

Give us more child care options

Like license transfers, child care can also eat up a huge chunk of the household budget, even if you’re lucky enough to find decent child care at an affordable price. The Child Development Centers on installations are frequently subject to wait lists.

While households with two working parents are often prioritized, it can’t be helped if no positions are open. The government has also faced hiring freezes that cut back on providers. Most CDCs don’t have specialized care for special needs children, who often require an increased level of care. Balance between quality care is necessary, but do we need more than that?

“Since the needs of the Navy come first, I cannot rely on my husband to help with any aspect of child care. I feel many spouses are unemployed or underemployed because it falls on them. Even if a child gets sent home early due to an illness, it’s usually the non-military spouse’s responsibility to leave work to tend to the child. When re-entering the workforce, it sometimes requires nights and weekends, but it’s hard to find quality child care during those hours,” said Christy Santos.

“I’m a dental assistant and I found it’s cheaper to stay home in North Carolina than to pay a daycare. It doesn’t pay enough,” said Donna Poore Osbourne.

[Tweet “”It’s cheaper to stay home… than to pay a daycare.” #milspouse”]

“The CDC on our current base has a one year waiting list. If you apply for and are hired for a job, you are supposedly moved up on the list. But it still forces families to hire private child care for their first few months at a new job,” said Lizann Prosser Lightfoot.

High-quality care has been identified as a need since at least 2007, when The Rand Corporation released a study that said the need for high-quality child care affects military readiness and retention.

For assistance in finding child care, MilitaryOneSource may be able to help.

Don’t be turned off by gaps in our resumes (we don’t like them either!), but accept our volunteering

Depending on duty station or where spouses are in their lives, working outside the home simply isn’t feasible. It could be because the service member was deployed back-to-back, which happened frequently at the beginning of the wars in Iraq and Afghanistan. It could be because the service member’s job required long hours, where a parent needed to be home when the children came home from school.

“I was uncomfortable with the idea of trying to work and parent full-time knowing that his work and deployment schedule would make my husband largely unavailable . . . I am not sure any of my volunteer experience will be considered valuable,” said Rebecca Butler Patrick.

[Tweet “”I am not sure any of my volunteer experience will be considered valuable.” #milspouse”]

“I’ve found it could take four to six months sometimes to find a new position if not in the GS system or with a company that will allow you to transfer. I’ve been told even government civilian postings will hold it against you if you have any gaps,” said Jennifer Wagner.

Some assistance may be needed to help spouses turn their volunteer experience into valid resume experience.

Help us turn our resumes into something employers will value

Spouses have preference for installation jobs after veterans, but often their resumes are not in the best shape to make it past that first look, leaving them overlooked not based on skills or experience, but because they didn’t have the proper information in the proper order.

A GS position is a fantastic option for spouses because it allows them to move with their career much more easily. Most installations have organizations that can help you streamline your resume, but they may not have the specialization in what the government is seeking. Spouses in a GS position can even job search before leaving the current installation. It isn’t all rosy, though.

“Getting into or re-entry into the GS system is also very difficult. Once you’re in and move, often times depending on your time and grade, you have limited time to get back in. It can be three years for reinstatement and up to two years to use your spousal preference. Then, you are forced to make a decision to accept or decline a position to only lose your preference should you do so. It is a catch-22 either way. Employment with the local economy was the better bet, getting lower wages, but you were being employed,” said Therese Baleto Wood.

Regardless of GS positions, spouses should seek out any help with polishing their resume to ensure it’s as good as it can be. Most installations have indivduals on staff that can help. Hopefully, resume assistance services can also help use volunteer service as viable experience.

The American government has Status of Forces Agreements with the host nations at overseas installations. It allows service members and their spouses to obtain driver’s licenses and travel without a passport within the host nation. But with those SOFAs, a high percentage (often about 80-percent) of jobs on the installation go to nationals, leaving very few options for Americans.

Many spouses opt for volunteering because they can’t find anything and spousal preference doesn’t help. If spouses look for jobs on the economy, they usually have to speak the host nation’s language fluently. Some spouses have their own businesses, but are unable to compete with the economy. Rules and regulations keep changing for Home Based Business approval, so some businesses are not allowed at overseas locations, particularly if they involve food.

“Allow us to work for American companies in the local economy or telecommute. I am in Italy and I’ve applied to twenty jobs on base and no one is hiring me. I went from being the breadwinner with a fabulous job in D.C. to nothing. I have a Master’s degree. I have skills. Let me use them to support my family too,” said Kate Necaise.

[Tweet “”I went from being the breadwinner…to nothing. I have skills. Let me…support my family.” #milspouse”]

Telecommuting has been popular for military spouses who have found customer service jobs, data entry and transcription jobs they can do at home. Sometimes, these jobs require a lot of effort for very low pay, making some spouses wonder if it’s even worth it.

Take a chance on milspouses. Please?

We are an educated bunch, despite some of the stereotypes. The average military spouse holds at least a bachelor’s degree and many spouses hold doctoral and master’s degrees. While we may have gaps in our resumes and more volunteering than actual experience, find out what we know in our fields and think about if we can do the job for you. We have learned a lot after living in numerous locations and balancing this lifestyle. We might have just the experience you need to move your business forward. Sarah Peachey is a 20-something journalist from southern Pennsylvania, back in the Mid-Atlantic after voyages to the Deep South and Southwest. She lives with her husband and two toddlers. She began a career in journalism with The Fort Polk Guardian, an installation newspaper, winning three state awards for her work. She has written for The Homefront United Network and consults for MilitaryOneClick. She is the writer behind #MilitaryVotesMatter, the sister site of MilitaryOneClick that was launched to keep service members and their families informed of their impact on the election and what the candidates will do for the military and those who serve it. She has a passion for politics and fiery debate. She considers herself a bookworm, pianist, wine enthusiast and crossword addict.