Moving OCONUS? Your personal info is public without this form

By Amy Bushatz, Military.com and Spousebuzz.com Unless they file special paperwork, the names, address and destinations of service members headed... 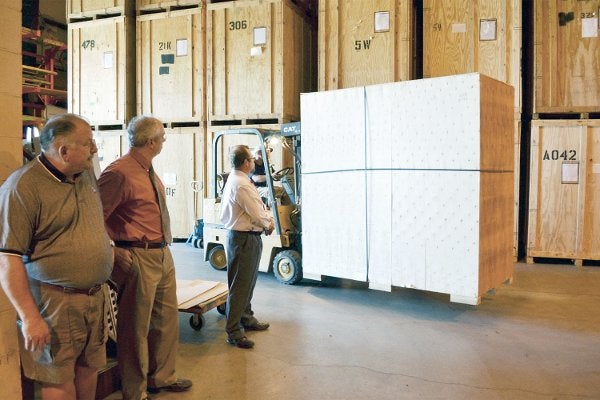 The shipment information, used on paperwork known as a “bill of lading” is required by a U.S. Customs and Border Protection (CPB) regulation that applies to all import and export shipments, officials with the Transportation Command (TRANSCOM) said.

The regulation requires vessel manifest information, including those from ships carrying household goods, to be made public. Data mining sites, such as Panjiva.com, often capture and archive the information, making it easily available via a Google search of the service member’s last name.

For example, a Military.com search of the terms “Panjiva” and a specific sailor’s last name who recently moved from Japan to the U.S. showed her full name, the date of the shipment, her home address in Japan, the receiving address in the U.S. and the name of her receiving base stateside.

The shipment information is only required for PCS moves to non-U.S. overseas locations and not duty stations in locations such as Guam, Alaska or Hawaii, officials said.

To keep their names and information from being publicly posted, service members can fill out a “vessel manifest confidentiality request form,” which is available on Move.mil under the “quick links” section. To open the fillable form, users must download it to their computer and open directly from the Adobe Acrobat program. Clicking through to open it in a internet browser will result in an error message for many users.

The form, which is submitted via email directly to CPB asks users for their name, address and other contact information as well as “variation of names to be protected.”

Removing already public bill of lading information from sites like Panjiva may prove difficult, but users can email the sites directly and request that it be removed. In the meantime, TRANSCOM officials said they know this can be a personal security risk to service members. They said the Surface Deployment and Distribution Command (SDDC), which oversees PCS moves, is working to let service members know about the request form before the information is released and it’s too late.

“They are aware of the issue regarding the confidentiality of service members’ information,” LTC Mannoel “Noel” Gorospe, TRANSCOM spokesman, said in a statement.

“For the past two years, SDDC has made a concerted effort to educate service members about the regulatory right to opt-out of the disclosure provisions through advisory messages to all DOD-approved Transportation Service Providers, Military Service Headquarters, and all Personal Property Shipping Offices worldwide,” Gorospe said. “Every effort has been made to ensure that the form is readily available to service members.”