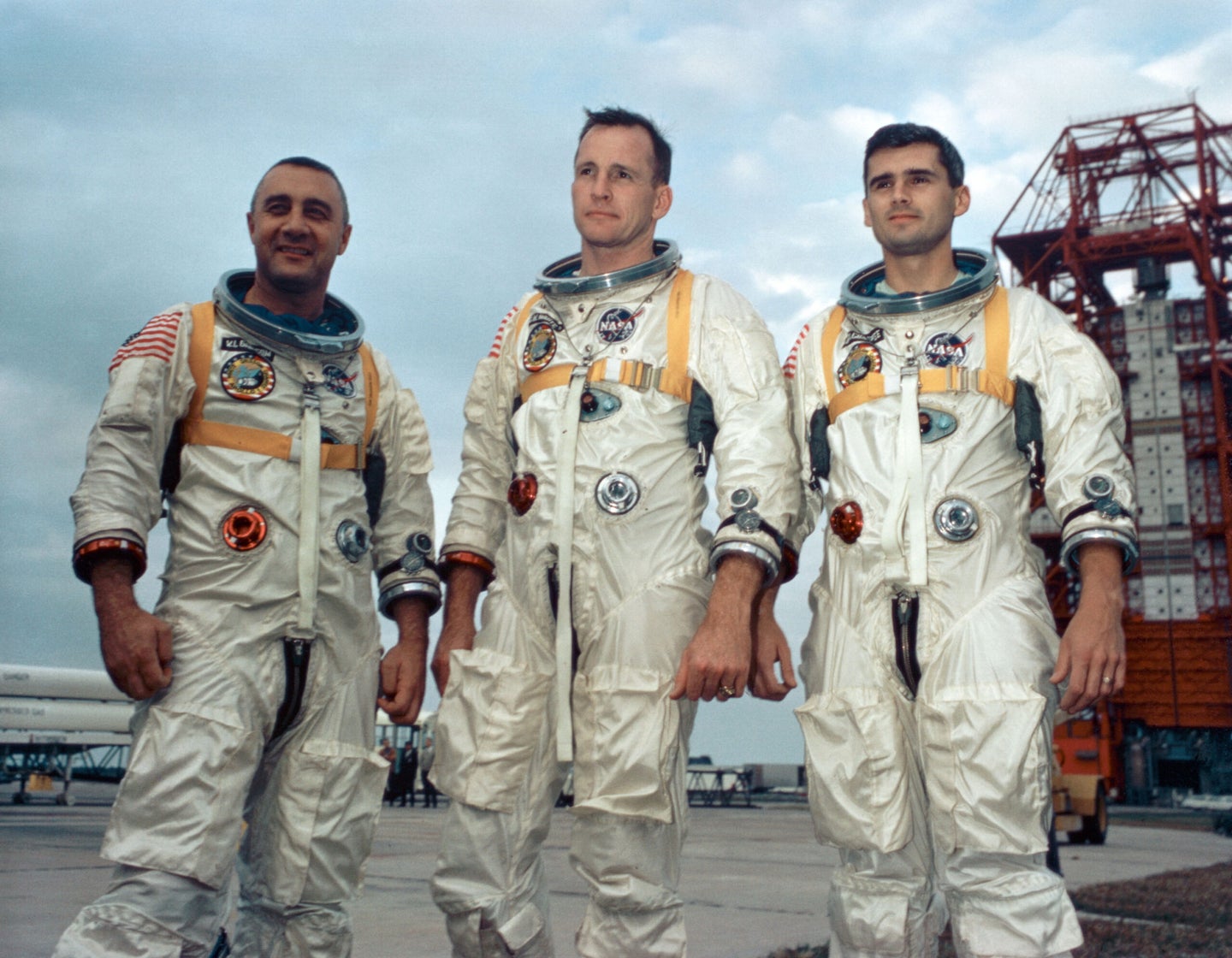 NASA’s first loss of life came on January 27, 1967, during a test run, not an actual mission. Astronauts Gus Grissom (veteran of America’s second manned spaceflight), Ed White (the first America to walk in space), and Roger Chaffee (a space rookie) were seated facing the sky three-abreast in the Apollo 1 command module atop the colossal Saturn V rocket, following the instructions to flick switches and check gauges as directed by NASA engineers.

Things were going smoothly until about 25 minutes into the exercise when the radios started acting up. Patience wore thin as the problem didn’t fix itself. At one point, Grissom transmitted: “How are we gonna get to the moon if we can’t talk between two or three buildings?”

Those would be his final words.

A minute later there was an electrical short in the cockpit that ignited the 100 percent oxygen in the module. The three astronauts were trapped. The cabin pressurization made opening the hatch impossible as the white hot fire spread rapidly throughout the cabin.

Here’s the actual audio of the mishap (graphic at the end; listener discretion advised):

America’s space program had its first casualties. They wouldn’t be the last.

An investigation later determined that Challenger was doomed by a failure in an “O-ring” seal on the shuttle’s right-hand solid rocket booster. Cold weather played a role in the failure, by hardening the usually flexible O-ring.

On Feb. 1, 2003, the space shuttle Columbia was lost toward the very end of its mission, breaking apart upon re-entry to Earth’s atmosphere. A piece of insulating foam had broken off Columbia’s huge external fuel tank during the shuttle’s launch two weeks earlier, and investigators later determined that the chunk damaged the orbiter’s left wing, allowing hot atmospheric gasses to enter the wing’s interior.

Today is NASA’s National Day of Remembrance, so please take a moment to remember those who gave their lives in the pursuit of America’s journey to the moon and beyond.