Each year on July 27 both the United States and South Korea observe National Korean War Veterans Armistice Day. This... 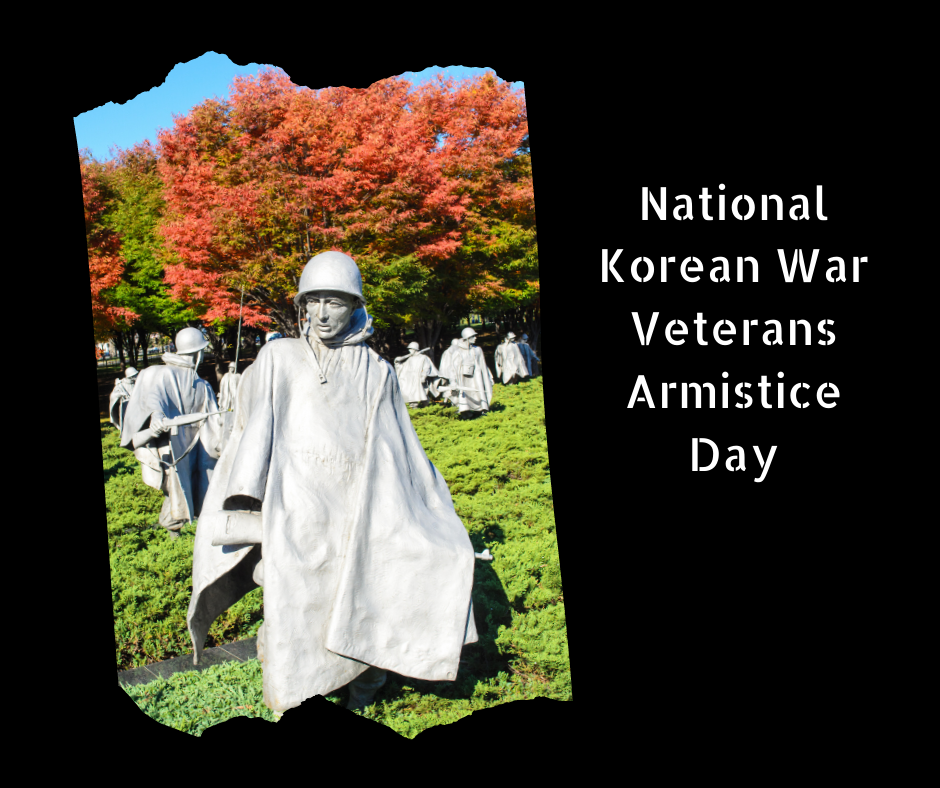 Each year on July 27 both the United States and South Korea observe National Korean War Veterans Armistice Day. This is a day set aside to commemorate and recognize the day that the peace treaty was signed which triggered a cease-fire. It is also a time to remember the approximately 50 thousand American troops who died during the conflict, over 100 thousand who were wounded, and the thousands of others who were prisoners of war.

Every year the President of the United States makes a proclamation announcing July 27 as a day to honor Korean War Veterans and their families. There are generally observances on military bases, at military cemeteries, and smaller observances in America and South Korea as well.

The experience of soldiers returning home from Korea was much different than that of those who returned home following World War II. One veteran of the war described their homecoming, “We just came home and took our uniforms off and went to work. That was about it.” In 2013, President Obama stated, “theirs was a different kind of homecoming. Unlike the Second World War, Korea did not galvanize our country. These veterans did not return to parades.”

Honoring these veterans can be as simple as making the gesture to shake their hand and thank them for their service and sacrifice. For other observances, ceremonies, and volunteer opportunities check with your local military base and/or VA.