By J.G. Noll Grab a cup of coffee or set your DVRs for Friday! Three military spouses will appear as... 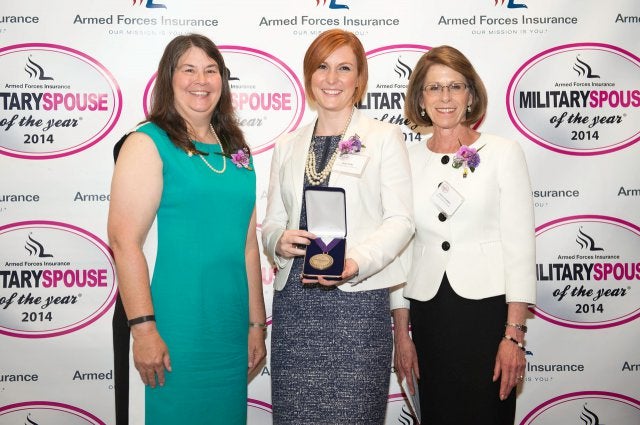 Grab a cup of coffee or set your DVRs for Friday! Three military spouses will appear as Fox & Friends guests on Military Spouse Appreciation Day (May 12) at 6:30 AM ET. The spouses, Reda Hicks, Lakesha Cole, and Jeremy Hilton, are all previous Armed Forces Insurance Military Spouses of the Year (AFI MSOY) and will be highlighted for their contributions to the military spouse community during the morning TV program.

Hicks is the 2014 AFI Army Spouse of the Year. She is a lawyer based in Houston, TX where she focuses on local issues, serving many non-profits, including the Military Spouse JD Network and the Texas Veteran Spouse Network.

Hilton, a Navy veteran and the first male AFI MSOY when he was named in 2012, is known for his advocacy on behalf of EFMP military families and children. He is the co-founder of TRICARE for Kids and is no stranger to Capitol Hill, where he has testified numerous times.

Cole–known for her entrepreneurship both stateside and OCONUS–is the 2014 AFI MSOY. Opening her children’s boutique, She Swank Too, first in Okinawa and then in Jacksonville, NC, she also has recently released her book, Mommy Retailing. At MilitaryOneClick’s MilspouseFest at Camp Lejeune, Cole and her business partner, Krystel Spell launched The Rosie Planner, a project presented by AFI.

The 2017 AFI MSOY will be announced on Friday during the program’s awards luncheon in Washington, D.C.