Here’s everything to know about National POW/MIA Recognition Day

By Laura Prater National POW/MIA Recognition Day honors those men and women who were prisoners of war and those who... 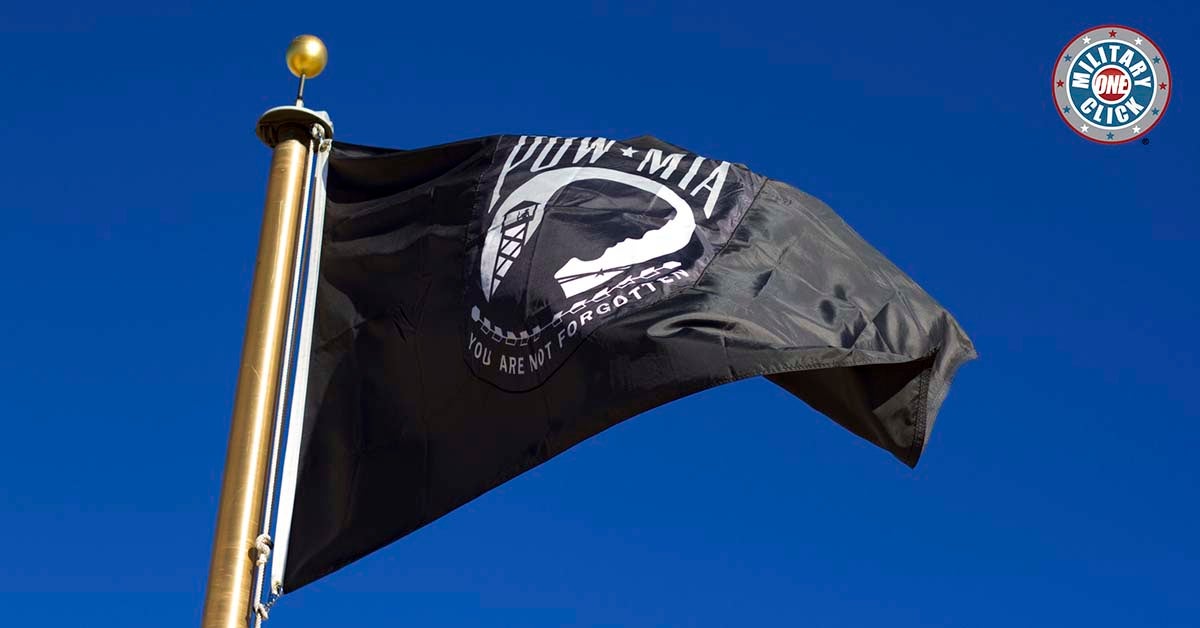 National POW/MIA Recognition Day honors those men and women who were prisoners of war and those who are still missing in action. In the United States, this day is observed annually on the third Friday in September.

During my younger years in military life, my friends and I would throw a barbecue and hang out. Were we really honoring those who were prisoners of war or missing in action? I can see the debate on either side, honestly. But, it was our way of recognizing those were were gone but not forgotten. No matter how we argue for or against my early days of remembering, my friends and I were still remembering the sacrifice and service.

Many people across the United States pause to remember the sacrifices and services of prisoners of war and those missing in action, as well as the families left behind. The majority, if not all, federal buildings fly the National League of Families POW/MIA flag, which symbolizes the nation’s remembrance of those who were imprisoned while serving in conflicts and those who remain missing.

Throughout the United States, rallies and parades are held recognizing the day. Joint prayers are made for POWs and MIAs. Posters are displayed at post offices, college campuses and public buildings to bring remembrance to the day. Ceremonies, speeches and other events to observe the day are also held in places such as museums, war memorials, the Pentagon, and state capital buildings.

As I’ve grown older, I don’t throw barbecues anymore. Instead, I have a quiet remembrance sometime throughout the day. I’m reminded of those who have gone before me who didn’t make it back or those who were imprisoned by the sight of the black and white distinctive flag I see waving in the wind throughout the country. I think of the families who have loved ones who went missing and who never received closure. I can’t imagine the questions these family have that have never been answered. I’m also reminded of those who were prisoners of war who were certainly tortured and how their life was forever affected.

The Defense POW/MIA Accounting Agency’s mission is to provide the fullest possible accounting for our missing personnel from past conflicts to their families and the nation. Within this mission, the agency searches for missing personnel from World War II (WWII), the Korean War, the Vietnam War, the Cold War, the Gulf Wars, and other recent conflicts. The agency’s research and operational missions include coordination with hundreds of countries and municipalities around the world.

According to the Defense Department’s POW/MIA Accounting Agency, more than 83,000 Americans remain missing from WWII, the Korean War, the Vietnam War, the Cold War, and the Gulf Wars/other conflicts. Out of the 83,000 missing, 75% of the losses are located in the Asia-Pacific, and over 41,000 of the missing are presumed lost at sea (i.e. ship losses, known aircraft water losses, etc.).

Many former Prisoners of War (POW), especially from the Vietnam era, are still alive today. The most recognized POWs are Sam Johnson (Texas Congressman) and John McCain (Senator). A few of you will remember Jessica Lynch from the Iraq War.

I’ve had the opportunity to talk to a few POWs about their experiences. All of them have stated one thing in common: “I was lucky to make it home.”

That one comment resonated deep inside me. My husband was lucky to make it home, but these service members endured hardship and travesty that none of us can comprehend. A day of remembrance for these POWs and the MIAs who never made home seems frail in comparison to their sacrifices.

For more information about POW/MIA day and what has been done to find the more than 83,000 still missing, I encourage you to visit the Defense POW/MIA Accounting Agency. You can read the latest news releases concerning service members who have been accounted, recent news and stories, and family event/briefing schedules. On the POW/MIA flag is written, “You are not forgotten.” I hope you join my family and me in never forgetting until every story is told. Laura Prater is a long time Army wife, her husband just retired after 20 years Active Duty this past July. She, her husband, and family are still very active in the military community. Laura is an area volunteer for National Military Family Association and also contributes occasionally to MilitaryOneClick as part of their Blogger Brigade. In addition to all this Laura is a homeschool mom to their three boys. You can find Laura and Clay writing about homeschool, faith, military life, and much more at www.raisingsoldiers4christ.com.