Michael Nyawir vividly remembers his days back in his homeland of Nairobi, Kenya. He recalls the rust-clad paddleboat that his... 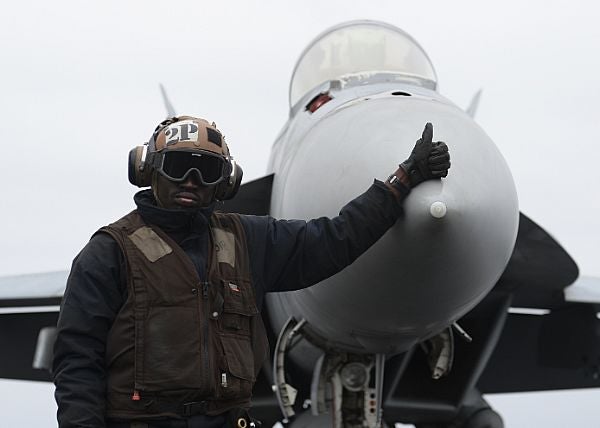 Michael Nyawir vividly remembers his days back in his homeland of Nairobi, Kenya. He recalls the rust-clad paddleboat that his mom would put him and his siblings in to take them out onto the lake at Uhuru Park. He reminisces on eating from a handwoven picnic basket at the park.

He also remembers the zoo-like setting at Nairobi National Park, a place where he says the giraffes he would feed stood as tall as the trees. These are the lasting memories that he now holds close as he serves for freedom and peace around the world.

In 2013, Nyawir, age 23 at the time, took his mom’s advice and left his home in Nairobi to move to the United Sates and live with his uncle in Oklahoma, hoping to further his education without causing financial strain to his parents.

Hoping to earn his Bachelor’s of Science in Nursing (BSN), Nyawir found himself continuously having to adapt to the way of life in America. He soon found that there were some things he needed to do to make life in the U.S. more manageable.

“Kenya is a lot different compared to how it is out here,” said Nyawir. “The food, people and culture are all different. For the most part we have all the amenities America does, but the bad thing is, for you to be able to get that good life you need a good job. That’s why my mom was so serious about me getting my education. I never had a job back in Kenya, because all she wanted me to do was focus on school, but I quickly realized I would need to work to put myself through school in the states.”

Though eagerly set on making his way in America, Nyawir found that his finances were hindering him from reaching his ultimate goal even though he was working double shifts. Hoping to get the ball rolling faster, he began to seek other career options.

“I was already a licensed practical nurse (LPN),” said Nyawir. “The main reason I decided to join the Navy was to get help and advance my career with the tuition assistance. I was also looking for a job where I would be able to give back to the community. The Navy was the best place to do that as they respond to all disasters, help the poor, fight to defend the defenseless and open up sea routes.”

Entering the Navy as a commissioned officer was first on Nyawir’s list, however, he was not yet a U.S. citizen, so he chose to enlist as an undesignated airman. He left for Recruit Training Command, Great Lakes, Illinois in 2016.

“Boot camp was easy for me,” said Nyawir. “I went to a boarding school. My mom wanted us to experience life from a different perspective than the city, so it was out in the country for four years. We had uniform inspections all the time. We had to get our water at a pump far away from the school, and if you made mistakes you got whooped. It basically makes life on a ship feel like a five-star hotel.”

Nyawir stated the only thing he struggled with in boot camp was the swimming portion as he had never swam in his life. That led to him being set back for 2.5 weeks until he could get comfortable in the water.

After successfully completing boot camp, Nyawir attended his citizenship ceremony during “A” school, and not too long after that, he arrived at his current command Strike Fighter Squadron (VFA) 147, where he works as a plane captain for the “Argonauts”.

“As a plane captain you are basically the eyes on the ground in regards to the F/A-18E Super Hornet,” said Nyawir. “The amount of qualifications required to be a plane captain is pretty insane. In the most basic way of saying it, it’s your job to make sure the jet is safe for flight. Anything bad that happens to the aircraft in regards to maintenance basically all falls on you, so it’s a really big deal.”

Nyawir has to always be professional, vigilant and use caution. The pilot depends on him to be able to complete their job. His maintenance checks assure the plane will be safe in flight, and during flight preparations, he is on the flight deck signaling to the pilot to make sure everything they are doing is safe.

Now that Nyawir has been with the “Argonauts” for a little more than half a year, he plans to put in a package for the Medical Enlisted Commissioning Program at the beginning of 2018.

The traits that Nyawir uses to get the job done as a plane captain do not differ far from what he will need to be a successful medical professional. The pilot’s ability to complete the mission, which directly involves their life, relies heavily upon him. Hopefully someday when he is given the opportunity to save a life, he can use the traits he has learned in addition to his education to succeed.

“My end goal with the Navy is to get back to college at some point and finish my degree,” said Nyawir. “Right now I have 66 hours of college, and I would like to get my BSN completed as soon as possible, after that the list of possibilities is endless. I have always wanted to be a nurse on one of the big Navy hospital ships, like the USNS Mercy, because I want to do what I love and be able to do the disaster relief-type work that those ships do.”

So far Nyawir has had a difficult time taking any classes because of the rigorous workup schedule since he has been assigned to VFA-147. He has participated in Training Availability and Final Evaluation Problem, qualifications in Naval Air Station Fallon and Composite Training Unit Exercise (COMPTUEX).

After COMPTUEX and before Nimitz Carrier Strike Group’s regularly scheduled 2017 deployment Nyawir reunited with his mom in the states. Many years later and many miles away from his homeland, he was able to recreate a memory in a new place with his wife, kids and their grandmother. He took his mom and his family to the Fresno Chaffee Zoo in Fresno, California. They then drove through the rolling hills and tall trees of Northern California to a rocky beach for a delicious dinner that was back dropped by a beautiful, west-coast sunset. Nyawir took his mom’s advice, and now, he is only a few steps away from his goal. Luckily, he now has a whole new batch of memories to help motivate him along the way.