Since the wars in Iraq and Afghanistan began a decade and a half ago, Naval Special Warfare personnel have been... 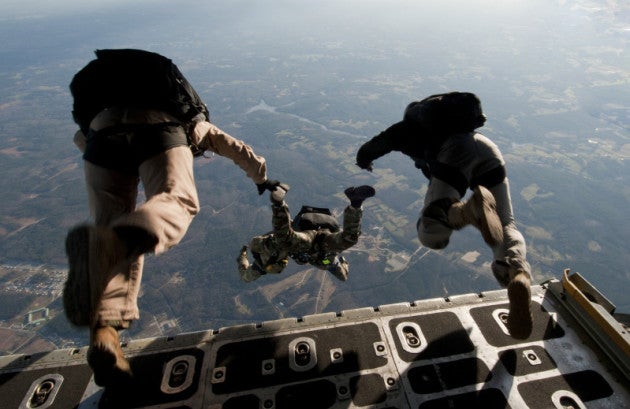 Since the wars in Iraq and Afghanistan began a decade and a half ago, Naval Special Warfare personnel have been constantly deployed to meet operational commitments. And that high operational tempo and the resultant burden on family life has hurt retention, and now the Navy finds itself without enough SEALs in the more senior ranks, especially O-5s needed to take command of teams and O-6s to command the groups over the teams.

“With guys doing multiple deployments, they’re getting a tough nine to 10 deployments over a 12-year period, the impact on families is going to be noticeable,” Adm. George Worthington, once the Navy’s top SEAL, told the Washington Times in 2014. “The stress is, at home, you’ve got to get ready to deploy for another nine months,” he said. “This is Vietnam on steroids . . . They’re over there for eight or nine months, and then they come back and then they’ve got to go back.”

To combat this loss, the Navy has just announced a “retention bonus program.” According to the guidelines outlined in the message, the program is divided into two phases. Phase I applicants must have at least 15 years of service and have screened for an XO tour. Phase II applicants must have at least 20 years of active duty and have screened for a CO tour. Once approved for the bonus, qualified Phase I SEALs will receive $25,000 a year for up to five years. Phase II SEALs receive the same amount per year for up to three years.

This isn’t the first time the Navy has used a bonus program in an attempt to shape the force. For years the nuclear power community has wooed candidates with pay incentives. And in the late ’80s/early ’90s, the Navy offered a bonus to mid-grade carrier-based pilots who were tempted to leave the service to join a then-booming airline industry.

The full Navy message can be read here.