By Hope Hodge Seck, Military.com Financier Philip Bilden has pulled out of consideration for secretary of the Navy due to... 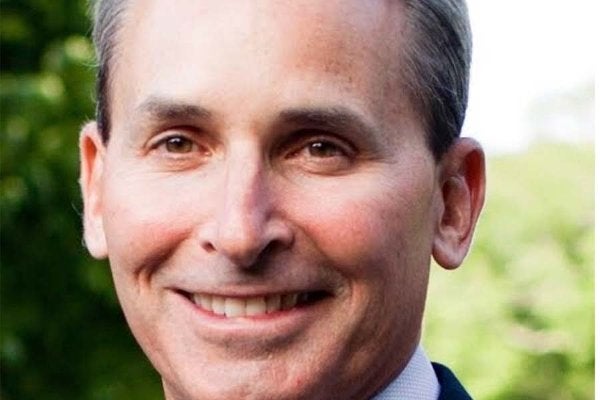 Financier Philip Bilden has pulled out of consideration for secretary of the Navy due to concerns his business attachments would not meet government ethics requirements, the Pentagon announced tonight.

A former Army Reserve officer, Bilden had spent more than 20 years in Hong Kong establishing his firm’s presence in Asia. His connection to the Navy included service on the boards of numerous nonprofit organizations, including the United States Naval Academy Foundation and the Naval War College Foundation.

In a statement, Defense Secretary Jim Mattis said Bilden’s decision was a personal one, motivated by privacy concerns and “significant challenges he faced in separating himself from his business interests.”

Mattis added, “While I am disappointed, I understand and his respect his decision, and know that he will continue to support our nation in other ways. In the coming days I will make a recommendation to President Trump for a leader who can guide our Navy and Marine Corps team as we execute the president’s vision to rebuild our military.”

Bilden also released a statement, saying he had come to his decision to withdraw after an extensive review process.

“I have determined that I will not be able to satisfy the Office of Government Ethics requirements without undue disruption and materially adverse divestment of my family’s private financial interests,” he said. “I am deeply grateful for Secretary Mattis’ enduring support and confidence throughout the nomination process. I have been greatly honored by President Trump’s consideration of me to lead our committed and capable Sailors and Marines who defend our Nation’s interests at home and in harm’s way.”

Bilden is the second service secretary nominee to withdraw from consideration due to business entanglements since Trump took office. Billionaire businessman Vincent Viola, nominated for Army secretary, pulled out of consideration Feb. 4 because the challenges of separating from “the organizations … built over the last thirty-five years have proven insurmountable,” according to a statement from Viola’s camp.

Trump’s own business interests, which include properties all over the world, including China and the Middle East, have also garnered criticism. Trump announced in January that he would not divest his interests in his companies, but would hand off control to his sons while he was a sitting president. Both Bilden and Viola would have been subject to strict disclosure requirements and scrutiny during the Senate confirmation process, which Trump as president-elect did not have to undergo.

It’s not clear who Mattis will pick to replace Bilden.

Former congressman J. Randy Forbes, a Republican from Virginia, was an early favorite for the Navy secretary nomination. But Forbes, former chairman of the House Armed Services Committee’s subcommittee on seapower and projection forces, joined the faculty of the U.S. Naval War College as a senior distinguished fellow earlier this month.