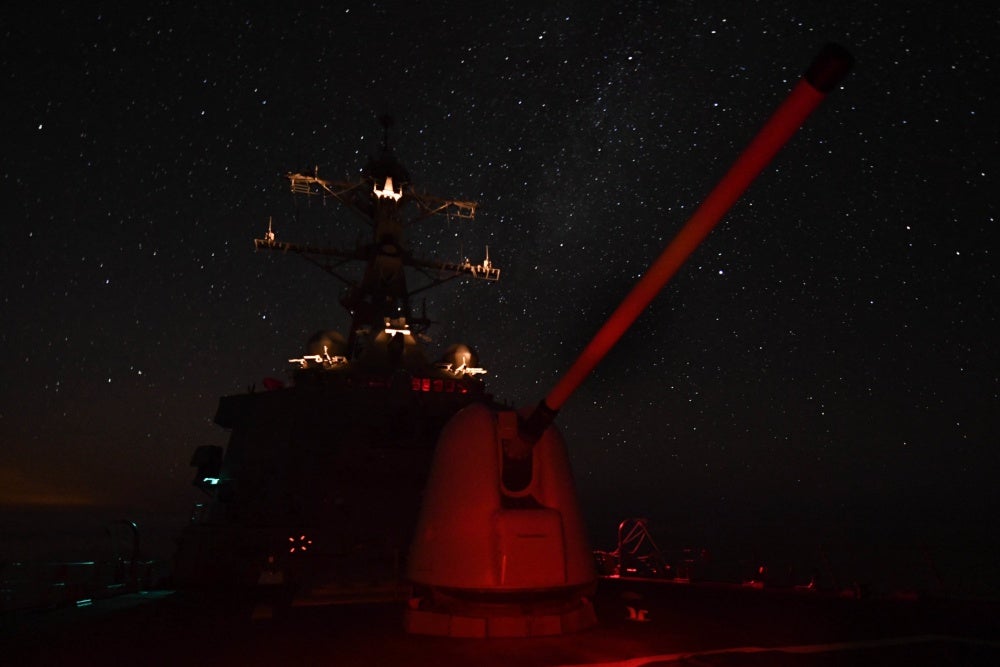 Last week, Navy ships launched missiles into Syria, targeting a Syrian airfield that was storing chemical weapons. The sailors launching those missiles have families. Many of their spouses and children live overseas at the home port for Navy ships in the Mediterranean. While their sailors are deployed on ships near the Middle East, the families watch the news with a mixture of emotions. (Spouses would only speak to us on the condition of anonymity in order to maintain strict OPSEC.)

Most military families overseas feel secure on base

The families I spoke with all felt safe and secure as part of the American community living overseas. Currently, security measures at overseas bases have not changed and families can continue their everyday lives.

The American military community at foreign bases is extremely tight-knit and supportive. Families lean on each other for support, mostly out of necessity. No one has relatives nearby. Most people don’t know a single person before they move. Americans who have lived on small bases overseas know the value of community support.

I witnessed this when my family lived overseas for three years. Our first week there, neighbors offered us free furniture, dishes, meals, and an extra car. One new friend took me off base to show me her favorite restaurant and beach. Another took me to the local grocery store to teach me how shopping is different. Without support from all these families, our adjustment to the base would have been much more challenging. When ships deploy, their spouses and children are left in good hands in a caring and supportive community.

Navy spouses have echoed these sentiments. Several told me that they felt safe and supported in the base community. One said “I do feel safe on this base! Fortunately here in the small and family oriented community of [our Naval base], everyone is really supportive of how others may be feeling and knows that emotions are high.”

Another Navy wife said, “I feel supported at [our Navy base overseas]. I am very connected with the community and feel support is very liberally given. It all depends how much someone gets involved in the community.”

Despite the current peace and security, many military families are nervous and fearful about what will happen next. These fears can be enhanced by limited access to news. The only English news at some bases overseas–aside from the Internet–is through Armed Forces Network (AFN), which has only one news channel. It rotates through the major broadcast networks for one hour each. The shows are live, but because of the time difference it is difficult to watch the evening news. This can leave a lot of confusion and uncertainty during deployments, especially if people get more news from social media.

One spouse, whose husband is deployed, told me that she is not the only one feeling anxious right now. “You can feel tension everywhere on the base with the buzz of television, social media (constantly at everyone’s instant disposal), and constant chatter.” She continued, “For me this deployment feels incredibly different. We have nearly 17 years in the service, have done many deployments and this has by far been the most strenuous on our family.”

One Navy spouse responded to my emails at 2 AM her time. “Because of all the stress, most of us just aren’t sleeping well,” she explained.

For most military families, the war in the Middle East has been going on continuously for 15 years. To some, the missile strikes last week were just another day during deployment. Military families are used to supporting their service members and the mission, even if they don’t know what the mission is or understand all the reasons it is necessary.

One Navy wife whose husband is deployed said, “The videos [of the missile strike on Syria] were unnerving but honestly we’ve been through so much that I feel like it’s normal. It’s all about what you are used to. I think it’s the same for Army wives and ground combat. You still stress and worry and don’t like it, but you know that they are trained and they have each others backs and you pray it’s enough.”

Another spouse said she was not too concerned for her deployed husband’s safety. “I realize that the media hypes up a lot of what is actually going on. A [Navy ship] does not travel or act alone and I know that support is always nearby.”

Finally, one Navy wife said she reassures herself with these reminders: “The men and women of [the Navy ship] are incredibly well trained! I am tremendously proud of all our sailors and families on board.”