Ever wish you could join a sorority for military spouses? Air Force spouse Tonya Rankins did, so she started one. Alpha... 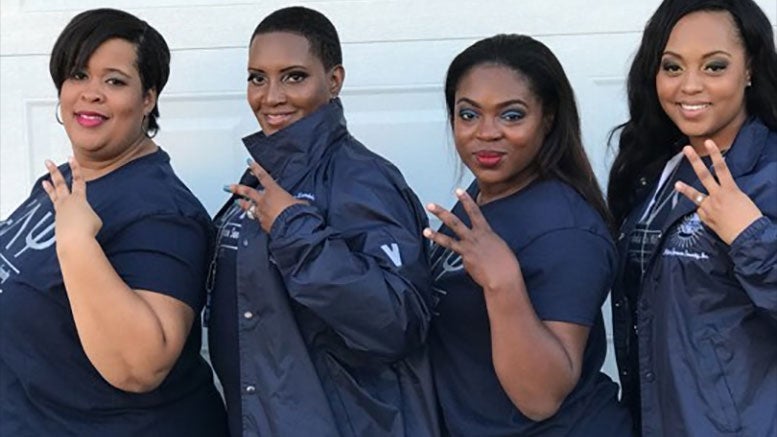 Ever wish you could join a sorority for military spouses?

Air Force spouse Tonya Rankins did, so she started one. Alpha Lambda Psi is believed to be the first sorority just for military spouses, and it officially launched September 23.

“I had been having a vision to do a sorority for a while now,” said Rankins, who lives at Shaw Air Force base with her husband of four years. “We stand on principles of integrity, personal courage, self service, honor and resilience.”

Unlike other clubs, sororities and other Greek letter societies aren’t just centered around tradition — they are also shrouded in secrecy. Although Rankin could tell us that Alpha Lambda Psi will be involved in a variety of community outreach projects off the base, she couldn’t give us many details on the club’s inner workings or even what it will cost.

Rankin does hope that it can function as a sisterhood centered around mentorship. Long term she wants at least one member at every base, so that when a new military spouse arrives she has someone with whom to connect.

“I was a new military spouse and I didn’t know how to navigate the spouse world,” she said. “We’re a sisterhood for spouses … We’re here to help and encourage you and give you ideas to get you around the base.”

Rankins said the stereotypes about sororities — perpetuated in pop culture in everything from Legally Blonde to Monster’s University — are totally false.

“We don’t do any type of hazing, no hazing at all. We accept anybody, no specific ethnicities,” she said. “It’s all in love, it’s all in fun and it’s just good to have some down time.”

Although so far only at Shaw, they will soon have someone at the Army‘s Fort Polk, Louisiana, she said. As a sorority they are currently only for female spouses, but do hope to have a brother fraternity eventually.

To join spouses can contact the sorority by emailing alphalambdapsi17@gmail.com. They will pay a $35 application fee, participate in an interview and only then receive more information about other joining costs and steps.